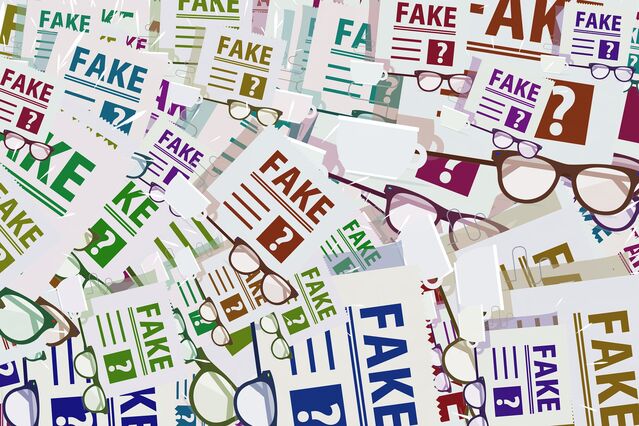 The vast majority of Americans have become increasingly concerned with “misinformation.” This is linked with Americans’ concerns about social media users and companies.

But what exactly is “misinformation?” Is it any kind of statement that’s objectively false? Does it have to be political (eg, about an election) or can it be about anything, like the existence of Bigfoot or aliens? Could it include factually true information that is presented out of proper context, or a biased/one-sided presentation of facts? And what happens when things that are initially believed to be false are then revealed to be true (or inconclusive)? Who decides what gets classified as “misinformation”?

These are all important questions, and it may be helpful to look at some of the psychological research on this topic. After all, no matter how adept we are in distinguishing truth from fiction, that won’t matter if we have different ideas about what “misinformation” really is.

According to a recent analysis based on data from representative samples in the United States, United Kingdom, Russia, and Turkey, most people believe that when it comes to true/false information, intention matters. That is, lots of statements or claims can be false, but about 70 percent of participants surveyed believe that for something to be considered “misinformation,” there needs to be an intention to mislead or deceive,

This is consistent with other studies on how people judge moral wrongness and their own experience of pain and suffering. Intentions matter a lot. In a laboratory experiment by Kurt Gray and Dan Wegner, people received mild electric shocks while being told that this was being done to them intentionally from someone in an adjacent room, or accidentally. Participants reported feeling greater pain when they believed that the shocks were being given intentionally.

But this view of misinformation may not be very useful in helping us identify it in the world, since very rarely (if ever) do people who say false things also admit that they are deliberately trying to mislead or deceive others. If people are being dishonest about misinformation, then we’ll probably never know their true intentions.

Most (60 percent) agreed that something is “misinformation” if scientific evidence indicates that it’s incorrect. Next, about half (50 percent) of said “expert groups” could reliably indicate whether something is misinformation, although it wasn’t clear how the researchers or participants defined what an “expert group” was. Less than half of know personally (30–40 percent) trusted their own instincts/beliefs, but, overall, people still trusted their own instincts more than mainstream media reports (30 percent) and the views of other people they (20 percent) .

Overall, were not particularly swayed on contextual factors for misinformation. The study authors noted that none of these factors scored higher than 50 percent agreement, although a substantial minority of did agree that something would seem fishy if a statement based on facts was exaggerated or didn’t capture the full picture. Thus, in the eyes of some people, misinformation is not just totally false ideas, but also true ideas that are not presented with an appropriate level of nuance.

It is heartening to see that most people trust the validity of scientific evidence to prove whether something is true or false. However, the authors pointed out that there are some instances in which a clear consensus among scientists does not exist yet (as is the case with the origin of severe acute respiratory syndrome coronavirus 2 [SARS-CoV-2]), and yet misinformation could still emerge for this topic. In addition, what is considered “misinformation” would likely shift over time as more facts are revealed and a consensus is built. It may have been premature for some to label the “lab leak hypothesis” as misinformation in the spring of 2020.

One thing is clear. There’s a lot of wiggle room in the minds of the average people across the world about what constitutes “misinformation.” This is a big problem for our shared epistemic reality. If we can’t agree on how to identify and deal with false information, that will make it easier for bad-faith actors to wreak havoc.

But a greater problem may lie within the masses of people who will use their own personal definitions of misinformation to stifle or suppress ideas they find distasteful. We already have other evidence that it is common for people to try to censor others’ viewpoints, even if those viewpoints are trivial or inoffensive. If people attempt to suppress ostensibly “harmful” speech under the guise of fighting “misinformation,” it will be even more difficult for us to have important conversations about a variety of topics.

Moving forward, I have two suggestions: