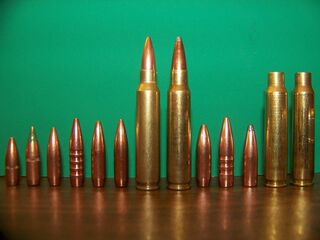 After a two-year hiatus due to Covid, the people of Highland Park, Illinois, were gathered to enjoy a Fourth of July parade. Suddenly the air was shattered by whistling shots fired from an assault rifle held in the hands of a mass murderer. Seven people were killed, and dozens wounded, before the killer was apprehended.1 And yet, according to the Gun Violence Archive, what happened in Highland Park was the only one of at least 14 mass shootings that took place across the US that weekend.2 (Any situation in which four or more people, excluding the shooter, are killed or wounded by gunshots is considered a mass shooting.)

Each time we experience an unexpected devastating trauma, we are gripped by the real-time visuals of the “event” as it unfolds—and people across the nation are increasingly more likely to suffer from one of the most widely known responses to trauma: post -traumatic stress disorder (PTSD). People with PTSD usually suffer from flashbacks or intrusive memories of the event, which can be overwhelming.

In a recent edition of the University of Zurich’s Neurosciencenewsreference is made to Andraes Maercker, et al.’s study, “Complex post-traumatic stress disorder,” published in The Lancet, It notes that for decades, international experts have been aware that “some trauma victims or survivors exhibit a broader pattern of psychological changes, most commonly after prolonged or repetitive events—such as exposure to war, sexual abuse, domestic violence or torture—now termed CPTSD [complex PTSD], New symptoms—such as self-organization disturbances—were added to the previous symptoms of PTSD, which include flashbacks, nightmares, avoidance, social withdrawal, and hypervigilance.”

Key features of self-organization disturbances include excessive or heightened emotional responses, feelings of worthlessness, and persistent difficulties in sustaining relationships and in feeling close to others, even family and friends. We can expect the number of people suffering from PTSD and CPTSD will increase exponentially as these horrific events continue to occur.

As we collectively hug each other, weep together, and feel intense sorrow, something that’s been obvious the past decade – and has accelerated in the last five years – niggles at the back of our mind: There exists a radical fact of society. And as we ponder the reasons why it exists, the puzzle pieces start to form a picture that is difficult to conceive – that we may have inadvertently helped create it. This splinter group is known by many names – serial or copycat killers, mass murderers, suicide shooters. They are homegrown terrorists.

Across the US, many boys and young men have become lonely social isolates who do not know how to relate to others in informal, personal ways. Frequently they are quiet, reserved, shy kids and excluded adults who may have been socially by peers. No doubt, two years of the Covid pandemic have added to the problem. These young people lack male mentors, have too many absentee fathers, and too few older males to look up to while showing them how to live and enjoy life more on the right path. Having no one to turn to, they turn inward to their computers, playing violent video games and looking at social media posts that may highlight and glorify mass shootings. In extreme cases, the fabric of their reality is shredded, and they become emboldened as they fall into their own separate reality.5

In our search for answers, we try to wrap our minds around something that doesn’t make sense. We feel intense sadness and hopelessness. We wonder why and how something so horrific can happen here and now. Many of us experience present fatalism: We’ve been injured so badly by past negative events that our lives feel meaningless or futile and the future looks hopeless. Thankfully, the vast majority of us who feel this way wouldn’t think to kill ourselves, much less others. We know deep down that tomorrow is another day – and that life will carry on and may eventually even get better.

But mass murderers are so badly damaged and feel so deeply that they have no future — or that their future will only get worse — that they have nothing to lose by going ballistic. Perhaps they’ve been bullied, or ignored, or suffered traumatic events or brain injuries. Perhaps it’s that our society has simply created too many narcissistic males with arrested development, motivated by racism, misogyny, and violence, and determined to take out their unfounded grievances on the world around them.

Whatever the reason, they become sociopaths and feel justified in their actions. If they don’t take themselves out before they get caught, they bank on being killed by law enforcement. They have a final plan and they follow through with self-destruction as their goal – which makes them a martyr for their cause in their minds.6

It’s apparent that our judges and elected officials have let us down when it comes to addressing either gun control or the physical and mental anguish caused by mass shootings. So it’s up to us – parents, teachers, religious leaders, and those politicians willing to protect innocent children and citizens as well as gun rights. We encourage therapeutic communities to develop programs that engage young people more fully as vital human beings who feel accepted, respected, and even loved by others. This is the social-psychological component that can be dealt with by creating more positive, caring, compassionate communities in our schools, neighborhoods, workplaces and nation. 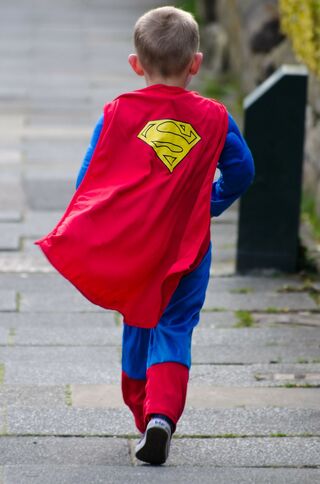 This is a tall order, but it is at the heart of the new everyday heroism being developed by our Heroic Imagination Project (HIP) in San Francisco. Since 2010, HIP has been conducting trainings and workshops for businesses and schools across the United States and in 20 countries.

These traumas upset our sense of safety and security in the world. Let’s call upon the hero in each of us and focus on being brave by not allowing people to control us with fear. Let’s conceive of ways to stay safe in a rapidly changing world. Let’s make our decisions based on where we want to go as a nation rather than on past negative traumas – to move toward the light of a brighter future.