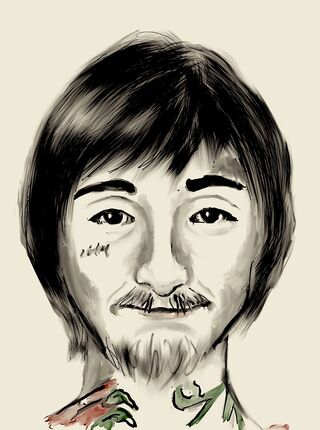 On July 4, 2022, multiple shootings occurred during festivities. The incident in Highland Park, Illinois, is getting the most press, focusing on the shooter’s past known issues and threats. Robert E. Crimo III, 21, climbed onto a roof and began shooting into a crowd of parade-watchers.

He’d planned it and had dressed as a woman to blend in and get away. He considered visiting another town to repeat it. Seven people died, and dozens more were injured.

After Crimo’s arrest, the police response to his past troubles came to light, with questions asked about how he’d legally obtained five guns.

Illinois has “red flag” laws designed to prevent potentially violent people from purchasing guns. The police had investigated Crimo twice for behavior that suggested he could be a danger to himself (a suicide attempt by machete) or others (threats to kill his relatives).

Crime was depressed and had a history of substance use. His father turned over a cache of 16 knives, a dagger, and a Samurai sword to cops. They sent the Illinois State Police a “clear and present danger” report. However, the targeted relatives declined to sign a complaint, so there was no probable cause to take him into custody.

When his father said the knives were his, they were returned. The state police declined to approve the dangerousness determination.

The responding officers had asked Crime if he felt like harming himself or others. He said no. They couldn’t very well prove otherwise, but this is no way to assess something as difficult to predict as future potential for harm since the subject can lie or minimize his anger. However, cops aren’t trained to dig deeper, nor even expected to–not until after harm has actually been done.

This also happened in Isla Vista, CA, when police performed a welfare check in 2014 on Elliot Rodger. His mother had seen YouTube videos in which he’d seemed depressed and had threatened to punish women who’d rejected him. Officers visited. Rodger assured them he was fine, although, in his home, he had weapons and a lengthy manifesto that outlined his plan to murder members of a sorority. To his relief, they didn’t search. They didn’t think he met the criteria for being a danger to himself or others.

The officers weren’t required to view his ranting videos or research his history of aggression. Even if they’d done so, they couldn’t have known he’d definitely act out. Lots of people use the Internet to vent their frustration. Some write manifestos and acquire weapons. It doesn’t mean they’ll start killing people. In fact, most won’t.

A few weeks later, on May 23, 2014, he fatally stabbed his two housemates and a friend. He uploaded his final video to YouTube and emailed his manifesto. He went to the targeted sorority house. Failing to get in, he drove down the street, ramming and shooting people. He killed seven and hurt 14. The spree ended when Rodger crashed, then shot himself.

His life was dissected, and questions were asked about how cops had missed the red flags. He’d been posting YouTube videos about his angry entitlement and desire for retribution. He’d purchased guns and learned how to shoot. From his manifesto, it appeared that he’d been planning the attack for a year. He’d been leaking hints all over the place.

In some cases, a welfare check just isn’t enough. But without probable cause, cops can’t do much else.

Since the public expects a more proactive response to known red-flag behaviors, we need to consider what can be done within the scope of our laws. There’s a science to the assessment of threats, and it’s complex. Since we don’t want officers to take everyone who makes a threat into custody, we should assist them with expert support in evaluating those at elevated risk of future danger.

According to the Violence Project Mass Shooter Database, there have been more mass shootings (defined as four or more people killed) in the US in the past five years than in any other comparable time span over the past half-century. We’ve had four already in 2022. “From 2017 to 2021, perpetrators killed 299 people–about a third more than the 221 fatalities in the five-year period that ended in 2016. The number of people injured was five times higher.”

There will be more. If we respond as we always have, we’ll be in the same position again, with increasingly greater harm.

According to threat assessment expert John Monahan, reliable research on the risk of future violence must acknowledge that accurate evaluation requires a deep dive. Risk factors come from multiple life domains, and the potential for harm should be determined via reliable and objective instruments. In addition, estimates of risk will always be provisional and will change over time with the addition of new factors. For example, someone deemed safe today then buys a weapon tomorrow or loses their job. The risk potential will shift.

Two decades ago, researchers on the MacArthur Risk Assessment Study devised a list of risk factors. Among those most implicated in acts of violence were being male, being reactively angry, instigating past aggression, having been abused or neglected during childhood, having a parent who’s a substance abuser or criminal, having an adjustment disorder during adolescence, abusing substances, experiencing paranoia , lacking remorse about causing harm, and indulging in repetitive fantasies about harming others.

Evidence for some of these shows up as “leakage” on social media (like Rodger’s vlog), but there’s inevitably more to their mental state than can be seen in their rants.

Evaluating someone like crime for potential future violence requires multi-factor research. Cops are equipped to make such decisions only when the person’s an imminent threat, ie, the danger is obvious. Either they need better training and greater power to act or a support team that includes threat assessment experts.