Ninety-eight percent of mass shooters in the United States are male (The Violence Project, 2021). Beyond genders, no single obvious factor predicts who will become a mass shooter. And gender is not that helpful in pinpointing who needs help or who needs an intervention! 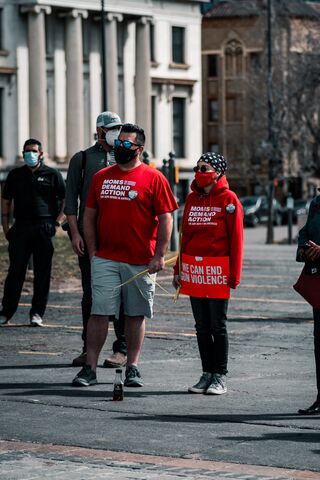 While research has not identified individual factors that predict or explain why one person chooses to become a mass shooter, if we better understand the interaction between the biological, psychological, and social factors that have contributed to mass violence, we will be able to better identify individuals with a propensity to commit mass shootings. Identification can help us focus care and treatment in a way that can prevent future rampages.

Langman examined the interaction between biological characteristics, psychological traits, and social factors that might contribute to the likelihood of one person becoming a mass shooter over another. (Langman, 2017).

In his findings, Langman suggested that the physical presence of undesirable biological factors, particularly how significantly those attributes are allowed to influence the person’s self-evaluation and self-esteem, is a key component typically evident in the individuals’ propensity to mass violence.

While the combination of biological factors and the interpretation of those factors (lower self-esteem, for example) are common to many people and are not—by themselves—not correlated with violence, the “combination of numerous patterns, traits, and experiences may result in violent behavior.”

The Role of Masculinity and Sexual Identity in Mass Shootings

Sexual identity and masculinity are key components present in almost all, if not all, male perpetrators of mass violence. These challenges may be driven by external characteristics, internal experiences, and the experience of sexual abuse.

Superficially evident characteristics such as short stature or low muscle tone relative to the shooter’s peer group, are common among mass shooters. Internalizing shame from sterility or reproductive abnormalities, romantic rejections, or unfulfilled sexual desires, are also prevalent. Shooters have often been victims of unwanted sexual experiences such as early sexual abuse. The combination of external and internal factors, amplified by trauma resulting from abuse, can create particularly difficult masculine struggles with identity and insecureity.

Using Firearms and Other Behaviors to Enhance a Sense of Ultramasculinity

To counteract the self-perception of physical inadequacy, there’s an increased propensity among the young men who do become mass shooters to seek out opportunities to engage in behaviors and activities they feel will enhance their sense of ultramasculinity, typically through the use of violence and firearms . Langman further notes the preoccupation with perceived hypermasculinity through emulating particularly militaristic role models.

Many mass shooters had a history of exposure to weapons in their family homes growing up. They may have gained experience with firearms through recreational hunting, the military, or even holding positions in law enforcement.

Mass shooters can perceive using firearms as a way to enhance their sense of masculinity.

Mental illness or trauma as the catalyst for mass shootings?

Historically, both the public and policymakers have assumed that the prototypical mass shooter has a significant mental illness. In fact, the bipartisan gun legislation signed into law in June 2022 includes about $8 billion for mental health and school-based programs. (This is one-third more than the fiscal 2022 allocation for the Substance Abuse and Mental Health Services Administration!) While we welcome funding for mental health programs in and outside of school, the focus on mental illness is misplaced.

On a gut level, for most people, the suggestion that a mass shooter who strategically plans and executes a deliberate massacre on as large a scale as possible does not have a mental illness seems preposterous. However, in order to better anticipate the likelihood of certain individuals becoming mass shooters and others not, it’s critical to understand the distinction between mental illness as a diagnosis, and how displays by the potential mass shooter may, or may not fall into that category of mental illness.

Numerous scholarly articles across different platforms (Langman 2017; Pies 2020) assert that the overwhelming majority of perpetrators who commit mass shootings do not satisfy the diagnostic requirement for mental illness.

The diagnostic definition of mental illness includes how distorted perceptions of reality interfere with one’s self-regulatory and executive functioning and fulfillment of necessary daily tasks. So while most if not all mass shooters would certainly qualify as “emotionally disturbed”, a fixation on mass violence would not necessarily satisfy the diagnostic requirements for mental illness.

The shooter’s overriding “worldview [as] one of anger, resentment, victimization, and narcissistic grandiosity” would seem to be associated with a noticeably increased propensity for violence without requiring other psychiatric markers of concern (Pies, 2020).

Most mass shooters do not satisfy the diagnostic requirement for mental illness.

The Role of Repeated Exposure To Traumatic Events

The obvious question is, if mental illness doesn’t cause mass shootings, what does?

Trauma often triggers mental health concerns in adolescence including depression, anxiety, hallucinations and delusions, self-harm, and suicidal ideation. But it’s typically the repeated, long-term trauma that catalyzes the violent outburst — when triggered at a pivotal time in life (Langman refers here to repeated failures in life); rather than the far less likely mental illness without the backdrop of repeated early trauma. (For more information about how repeated exposure to trauma can cause Complex PTSD, or C-PTSD, click here.)

Repeated exposure to trauma is a risk factor. 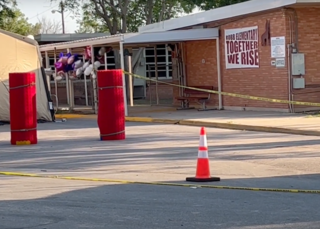 Police lines after the school shooting at the Robb Elementary School in Uvalde, Texas

While no one isolated event or characteristic is enough to make a person likely to become a mass shooter, the interaction of these different social, biological, and psychological experiences—when viewed through the individual’s perception of their experiences, must all be taken into consideration in predicting the likelihood of any one individual’s likelihood to become a mass shooter.

A male with biological disadvantages is more likely to have lower self-esteem compared to their peers. Their insecurity in thein masculinity, and the desire to engage in behaviors and activities of ultra masculinity, need to be seriously considered, ie, in environments where exposure to military influence or weapons is available.

and perhaps most critically, unsafe home environments or individuals that exhibit symptoms of repeated traumas need to be identified and addressed, with whichever interventions are necessary, so that numerous life stressors don’t finally trigger the already struggling male to follow in the footsteps of his predecessors and join the ranks of mass shooters.