Some people seem to have no problem voicing their opinions about who should—or should not—be dating who. I know because I and just about everyone I know who watches shows like Love Island, The Ultimatumor Love Is Blindare guilty of it.

It’s tempting to pause reality TV and chat about which couples are good matches and which couples are unlikely to make it past the commercial break. But for some couples, the disapproving commentary about their relationship does not come from complete strangers. At times, it may be shared with them directly, potentially by their closest friends and family.

So, what happens when the partner someone loves—or at least cares enough about to be in a committed relationship with—does not get the stamp of approval from friends or family? Recent psychology studies show how others’ disapproval affects a couple’s relationship as well as which friends and family are most likely to be a threat.

Relationships are personal and intimate but no relationship is an island. Couples are embedded within social networks of friends and family who may, at times, say things or act in ways that might affect whether a relationship lasts, or even starts in the first place. 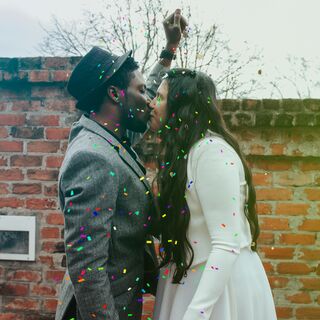 There may be a variety of reasons why people disapprove of who their friends and family date. It may stem from genuine love and concern, wisdom and experience, or, unfortunately, their own prejudices.

Despite people in general becoming more accepting of interracial relationships over time, for instance, some family members still disapprove of their children, siblings, or grandchildren dating someone of a different race. Indeed, a recent study by Byron Miller and colleagues, published in the Journal of Family Issuesshows that college students are less likely to form an interracial relationship when their family disapproves of interracial dating.

Some people, it seems, just can’t get on board with others’ relationships. But do they do anything about it? Some data suggests they do; A survey by Susan Sprecher, for example, revealed that 56 percent of college students interfered in someone else’s relationship with the intent of breaking up the couple.

In a different research study published by the Journal of Social and Personal Relationships, my colleagues and I surveyed family and friends of people who were in a relationship that they disapproved of. We asked them to share their antisocial personality traits, including how narcissistic and sadistic they were. 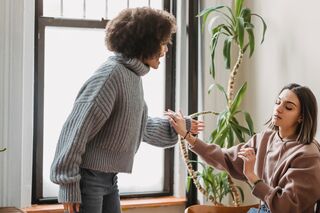 56% of college students interfered in someone else’s relationship with the intent of breaking up the couple.

Narcissism refers to an overly grandiose self-view. Highly narcissistic people tend to think their own intelligence, attractiveness, competence, and abilities are off the chart and tend to be cunning and socially skilled. Sadism refers to experiencing joy or pleasure when inflicting pain on someone else. Highly sadistic people tend to be cruel, brutal, and often gravitate toward violent sports and video games.

According to the investment model, couples are usually highly committed when three things happen in their relationship.

Our findings revealed that highly narcissistic family members were most likely to interfere in a couple’s relationship by undermining each of the three predictors of commitment. Narcissistic family members, possibly thinking they know best, tended to satisfy a relative’s emotional needs before their partner even had a chance. They also tended to limit the couple’s opportunities for investment and talked up attractive, rival singles.

The more sadistic friends did the same. Sadistic people probably disliked their friend’s partner so much that they interfered in their relationship, hoping to break up the couple.

When narcissistic family members or sadistic friends refuse to invite your partner to dinner or highlight how better your life would be if you dated someone else, your relationship may be worse off.