Bully hasn’t seen a release in a while, but a few of its characters could conceivably show up in Grand Theft Auto 6. The game featured a wide array of characters, and most of the major cast had at least one dubious trait. From apathetic teachers to thuggish clique leaders, it would not take much for some of these characters to resurface in the GTA universe.

Bully is a 2006 game by Rockstar that can be described as an aged-down version of Grand Theft Auto. There are no guns or death, and the player’s rulebreaking is punished via detention instead of jail time. In addition, rather than adventures involving high crime and gang wars, the main character’s quest involves fighting various gangs of bullies at a boarding school. It is not simply GTA in a boarding school setting, as the game has its own unique feel that makes it distinctive. The stakes are lower, but the characterization and story are enough to make the player care about it, and the game’s finale ends up being a thrilling climax, rounding out its quality.

Related: How Rockstar Lost Its Way After Bully 2’s Cancellation

Although Bully is far from Rockstar’s most famous IP, it was still a very good game, and it has a loyal fanbase that is still holding out hope for a sequel. Whether or not that comes to light, there is still plenty of reason to expect members of the Bully cast to pop up elsewhere. In fact, there are a few characters in particular who could probably make a splash in Grand Theft Auto 6 as aged-up versions of themselves.

With Grand Theft Auto being such a morally gray series, it can be difficult to sympathize with the protagonists, especially ones like GTA V‘s devilish Trevor Philips. Therefore, it helps players to side with the protagonists when their enemies are worse. Derby Harrington, the leader of Bully‘s prep clique, is perfect as a supremely hateable enemy. He was one of the most insufferable opponents Jimmy faced in Bullyand his sheer un-likability would fit right in as a foe in GTA.

Derby wastes no time showing himself to be a complete jerk in Bully. He is extremely entitled and thinks he’s better than everyone because of his wealth, insulting and talking down to Jimmy for not being rich. To make matters worse, he’s incredibly cowardly during his boss fight, frequently hiding behind respawning minions. It is not difficult to imagine him growing into an unpleasant adult, especially since he never learned his lesson and only stood down out of fear of Jimmy. GTA 5‘s various heist missions showed how fun it is to make a big score from a mission, and it’s even sweeter when the target is as loathsome as Derby. In GTA 6, Derby would serve very well as an enemy who derives power from his money. He would likely hide behind an image as a businessman while directing others to do his dirty work, making him a difficult enemy to track and take down.

Related: Bully 2 Would Have Been The Best Rockstar Game

Derby’s extreme smugness made him satisfying to beat in Bullyand that would also be true in GTA. He is a cowardly, self-important jerk who’s afraid of a fair fight, which makes him more despicable than average. Beating Derby once was already rewarding, and although the repeatedly canceled Bully 2 (in favor of GTA) would have been the perfect place to do so again, getting to do it in GTA 6 would be equally satisfying.

Gary Smith appears to be an ally at the beginning of Bully, but he’s so unpleasant that it’s no surprise when he betrays Jimmy and becomes the main villain. Endlessly power-hungry and spiteful, Gary spends the game manipulating people to set himself up gathering power in the school. He seems to amass power and hurt people for the sake of it, making him a perfect foil for the rough but principled Jimmy.

Despite Bully‘s stakes being lower than GTA‘s, Gary sinks to some worrying depths in his plans. He even convinces a bunch of teens to burn down the gym for seemingly no reason during a riot, endangering the lives of several students in the process. It’s not hard to imagine him building a rap sheet similar to Niko’s criminal history prior to GTA IV. Although Gary is implied to have a difficult background, he is so aggressive and cruel in his machinations that he effectively erodes any sympathy the player may have for him. With him being willing to endanger people’s lives before he even graduates high school, it would not be much of a surprise for him to resurface in GTA 6. It could be assumed that his power-hungry nature would once again lead him to constantly bedevil the protagonist.

As the biggest schemer in Bully, Gary is tailor-made to be an excellent villain. Considering his manipulative talents, he could easily do a lot of damage in the underworld of the GTA universe. Even if he tries to put on a thin veneer of friendship again, any players familiar with Bully would know to distrust Gary on sight. With so many Grand Theft Auto 6 Rumors are already circulating, Gary as a villain would not be a surprise.

Bully’s Jimmy Hopkins Is Basically A GTA Protagonist In Training

Bully‘s protagonist Jimmy Hopkins has a decent amount of things in common with the typical GTA protagonist. He’s a tough guy with a tendency to settle his problems through violence, and he has a snarky sense of humor that gets a good workout over the course of the game. While not a nice guy by any stretch, he does have some sense of justice that drives him to fight the bullies of Bullworth Academy.

It’s admittedly easy to see how Jimmy could end up as a GTA protagonist. He got a temper, and when he’s slighted, he goes out of his way to get even. This impulsiveness could get him in trouble, much like how Trevor’s actions against the Triads in GTA V turned them into enemies for the rest of the game. Even if Jimmy does not have especially criminal motivations when left to his own desires, he could easily get pulled into the underworld if motivated. With his toughness and stubbornness, it’s easy to imagine Jimmy fighting through gangsters. Plus, his interactions with Gary in the original show how he can be manipulated and angered into his missions.

Jimmy would be an interesting addition to the list of GTA protagonists. He’s not a planner like the GTA V trio, a criminal mastermind like Tommy, or even a gangster like CJ. He is a tough guy who can not help but retaliate when he feels like someone deserves it. That could make him a very unique protagonist for the series, and a decent option for GTA 6. If Rockstar’s GTA 6 announcement trailer features Jimmy, then players will likely be in for a treat.

Bully has a reputation as one of Rockstar’s most underrated games, and it’s easy to see why. In addition to a solid story and strong cast, it captures the feel of GTA despite lacking the latter series’ more graphic content. Although it may seem like an odd choice at first, Bully could be an excellent source for characters in Grand Theft Auto 6.

Next: Grand Theft Auto Characters That Could Have Cameos In GTA 6 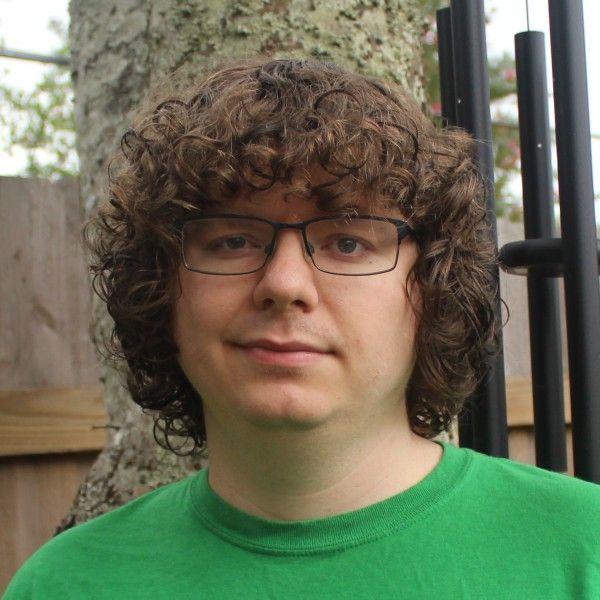 Devin Friend is a graduate of McNeese State University with a bachelor’s degree in creative writing. He began writing for ScreenRant in late 2021, and has established himself as someone who is unafraid to share his opinions. His past jobs working with books and used games have enforced his ability to research the mediums that he works with. A lifelong love of cartoons and video games has given him endless enthusiasm as well as a critical eye for both mediums. Any game or show that catches his interest will be heavily researched and binged for hours on end. He has a great passion for creating characters and storytelling, and spends a lot of free time writing stories of his own, many of which he hopes to one day publish. He is an avid fan of many video games from past generations, and his favorite game from childhood is Paper Mario: The Thousand-Year Door.