I am a 65-year-old husband, father, grandfather, combat veteran, and a proud, thankful bipolar survivor, thriver, and warrior.

A qualified Airborne-Ranger-Engineer and strategist, I commanded soldiers in combat, and served globally after my West Point graduation in 1979, at age 23, until my removal from command of the National Defense University (NDU) in 2014, at age 58 . The Chairman of the Joint Chiefs of Staff, General Martin Dempsey, the highest-ranking military officer in the US, rightly gave me the choice to “resign or be fired,” and ordered me to undergo a psychiatric exam.

Unbeknownst to everyone, I had a genetic predisposition for bipolar disorder. The Veterans Administration and the Army Medical Department believe that in 2003, at age 47, the intense stress of the Iraq War, where I commanded a combat engineer brigade of thousands of soldiers, triggered the condition. My doctors believe that my brain responded to the stress of combat by producing and distributing excessive amounts of dopamine and endorphins, sending me into a euphoric, high-performing mania that made me feel fearless—like I was Superman.

But my journey to full-fledged bipolar disorder started decades earlier with my hyperthymic personality. Hyperthymia is, essentially, a near continual state of mild mania that results in consistently extraordinary levels of energy, drive, positivity, and the like (not to be confused with hypomania, which is episodic symptoms of mild mania.)

Hyperthymia boosted and enhanced my performance from high school on, but it also increased the chances of me going into mania, depression, and bipolar (see Dr. Nassir Ghaemi’s A First-Rate Madness to learn more about this.) And from 2003 on, my bipolar worsened with my rage over what I saw as catastrophic policy decisions that sabotaged US success in the Iraq War; the many gut-wrenching soldier funerals I presided over in hometown America; the resistance of Army and Department of Defense bureaucrats to embrace and implement long-overdue transformation to improve our war efforts; and the stress caused by the Army service of my own two sons, who served at the tip of the spear in combat.

Section 60 of Arlington, for service members killed in action in Operation Enduring Freedom and Operation Iraqi Freedom, as well as more recently in operations in Niger and Syria.

My bipolar remained unknown, undetected, and undiagnosed from 2003 to 2014. My manic highs grew higher, and my depressive lows sank lower until I reached a state of acute mania in the spring of 2014.

As I rocketed into full-blown mania and became increasingly disruptive, erratic, and eccentric, my four-star boss felt compelled to remove me from command, both for my own good and the good of the organization. He also directed me to get a mental health evaluation. He made the right decision. Unfortunately, I was misdiagnosed three times that month as “fit for duty.”

Over the next four months, I spiraled and then crashed, into crippling, hopeless depression, which was accompanied by terrifying psychotic delusions. For the next two years, I was in a fight for my life as morbid, vivid imagery of my own brutal, violent, bloody death filled my mind. Psychiatrists call these “passive suicidal ideations,” meaning I wasn’t actively trying to kill myself or desiring death by my own hand. But I did believe that both myself and my family would be better off if I were dead.

Fortunately, while I was imagining my agonizing death deep in the abyss of bipolar hell, an Army comrade helped me get into the excellent VA hospital in White River Junction, Vermont. My wife’s love and perseverance were crucial, and the support of family and friends helped keep my passive suicidal ideations from morphing into active ones, which could easily have led to suicide. It was lithium, a natural element, and a compassionate, multi-disciplinary team of VA medical professionals, that led to my mood stabilization in September 2016, and subsequent recovery. 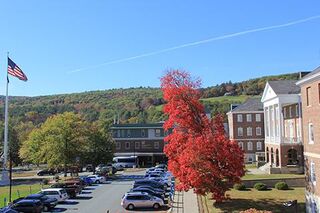 Source: Image from US Department of Veterans Affairs / Public Domain

Since then, I have re-built my previously bipolar-shattered life upon the biochemical balance created by the combination of three medications: Lithium, Lamictal, and Latuda. Crucially, these medications are necessary but not sufficient for recovery.

The successful biochemical balance must be anchored into a social foundation of People, Place, and Purpose (the “3Ps”), and be infused, energized, and strengthened with a fourth P: Perseverance. (For more on the “3Ps”, see Dr. Thomas Insel’s book, Healing, In a future post, I’ll expand on my own experience with the 3Ps)

Since starting on lithium nearly six years ago, I have not had a “bad” day. Under the continued medical care of the VA, my wife and I are enjoying a wonderful life in warm, sunny Florida, where we have built a network of fun, vibrant friends. I strive to keep my bipolar disorder at bay and pursue my life purpose of mental health advocacy.

I never wanted bipolar, but it wanted me. It nearly destroyed everything I value—my marriage, family, health, friends, career, and life itself. In response, I have taken my “bipolar gift” and transformed it into my calling and mission: Sharing my bipolar story to help stop the stigma and save lives.

I speak and write about my experiences, providing hope and knowledge to others. In addition to helping stop the stigma that unfortunately surrounds mental illness, I hope to help save lives, marriages, families, friendships, and careers.

Over the coming months, I’ll be writing posts about my life with bipolar disorder and my “forever war” with mental illness. I invite you to join me on this journey.