Last December, Spider-Man: No Way Home came out in cinemas and shattered both records and expectations. Fans will never forget the cheers that rocked their theaters as their wildest superhero team-up dreams since Avengers: Endgame came true. Two of the many scream-inducing moments of the film occurred as a result of Andrew Garfield’s Spider-Man coming onto the screen.

RELATED: ‘The Amazing Spider-Man’ Cast and Character Guide (And Where They Are Now)

Both Spider-Man: No Way Home and the recent addition of The Amazing Spider-Man to Netflix have caused fans to take a second look at Garfield’s portrayal of the famous comic book hero. As is the case with the other two Spider-Men of the movie industry, Garfield’s best moments as the webslinger happen when the hero is doing what he does best – saving people.

Peter Parker: A Good Heart Leads To A Great Hero 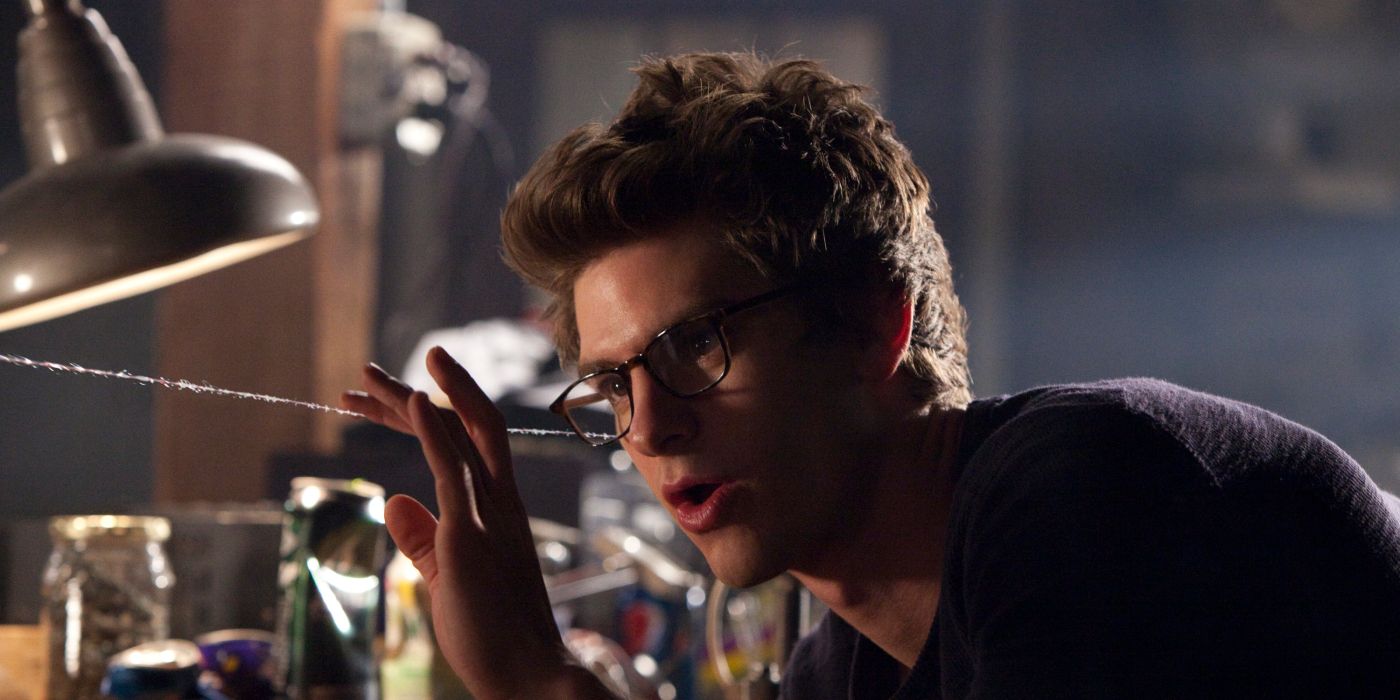 The beginning of The Amazing Spider-Man follows Peter Parker as he goes about his daily routine. Awkward encounters and boring classes pass by with little significance until Peter sees a kid being bullied at school lunch. Peter pushes through the chanting bystanders and steps in. After telling the bully off (and then taking a few punches because of it) the kid goes free, saved by Peter.

At this point in the movie, Peter still has a long way to go before he becomes Spider-Man. But his actions in this scene build the foundation for his future heroism. What starts as a simple choice of common decency on Peter’s part evolves into a mission to protect the people of his city when he becomes Spider-Man. So even though he does not have his powers in this scene, saving this kid is the first of many acts that define Peter Parker as a hero.

Becoming A Hero: Spider-Man’s First Save

The Internet is abuzz with fans calling for an Amazing Spider-Man 3. Since the movie is hardly more than whispers, fans will just have to make do with the origin story of Garfield’s first Spider-Man film while they wait. In The Amazing Spider-Man, Peter Parker is just living his life. He is struggling with the usual teenage dilemmas of identity and surviving high school until he is bitten by a radioactive spider. He gains new powers and learns to control his abilities. When he does not use his gifts for good, he loses his Uncle Ben (Martin Sheen) as a result.

Though Peter Parker himself has stopped a bully or two in the past, he does not truly become Spider-Man until the first time he saves someone in the suit. When the film’s villain, the Lizard (Rhys Ifans), begins to wreak havoc on the Williamsburg Bridge, Spider-Man saves many people from crashing into the waters below. However, his rescue of little Jack (Jake Keiffer) earns the title of one of his best saves. The sequence begins with Jack being stuck in the back seat of a falling (and then burning) car and ends with Peter catching the kid at the last second, saving his life. It is the first true rescue executed by Garfield’s hero and remains one of his best to this day.

Reptiles On The Loose: City Under Attack

The Lizard is a well-known villain. in the Spider-Man universe. The Amazing Spider-Man shows the character’s origins. He was once a doctor trying to find a way to heal injuries and diseases that had no known cure. When the doctor uses the formula on himself, it changes him. He becomes a mutant lizard, and his new goal is to “cure” the city by turning its citizens into the creatures alongside him. Spider-Man and his love interest, Gwen Stacy (Emma Stone), are the only ones who know to create the antidote that will stop the villain and save the city.

As Gwen makes the antidote, Peter Parker battles the former doctor on top of Oscorp Tower. When Spider-Man seems all but defeated, Gwen’s father (Denis Leary) delivers the antidote to the hero. The two work together in a race against time to stop the Lizard from poisoning the city. With seconds left on the clock, Spider-Man switches the vials of formula. When the antidote is dispersed across NYC, Spider-Man is no longer a vigilante stopping small crimes. He finally becomes a hero in the eyes of the city, a protector and savior of the people.

The Villain: Max To Electro And Back Again

The Amazing Spider-Man 2 brings in a new villain in the form of Jamie Foxx. Foxx’s character, Max Dillon, is an electrical engineer obsessed with Spider-Man. When Max has an accident that ends with him falling into a vat of electric eels, he gains new superpowers alongside a villain origin story.

Garfield’s Spider-Man begins his second film by chasing bad guys through the streets of NYC, and in the process, he saves Max from being hit by a runaway car. It is in Spider-Man No Way Home that Garfield’s character truly saves Foxx’s. When Max faces off against the three Spider-Men, Garfield is the one to cure him of his electric powers, saving him from what otherwise would have been a deadly fate. Their brief heart-to-heart shows Garfield helping his old foe, guiding him out of a life of villainy and into a better future.

After the accident that leaves him newly equipped with electric powers, Max stumbles through Times Square in a state of fear and confusion. He draws power from the city, and soon becomes a very lethal threat. When shots start firing, Spider-Man swings in and tries to reason with Max, but he is unsuccessful.

As Electro loses control, he sends an electric current running up the metal rails of the Red Steps. The slow-motion action sequence shows Spider-Man racing to save the people on those steps. What makes the scene even better is that Spider-Man saves everyone there with only one functioning webshooter. The epic rescue sequence in Times Square is one of the best of the hero’s saves in both. The Amazing Spider-Man 2 and the entirety of Garfield’s time as the webslinger from Queens.

Moving On After Loss: The Return Of Spider-Man

The Amazing Spider-Manone of Emma Stone’s best movies, sees Gwen Stacy lose her father at the end of the film. Unfortunately, the sequel holds more tragedy for her character. Gwen dies in The Amazing Spider-Man 2, and Peter Parker is devastated by her loss. His failure to save her as Spider-Man causes him to hang up his mantle, unable to find the motivation to return to a life of crime-fighting. After some time, though, Peter realizes that the best way for him to honor Gwen’s memory is to reclaim his old title.

When the Rhino comes to attack New York City, a young boy dressed in a Spider-Man costume slips past the barricades to stand against the villain. A moment later, the true Spider-Man swings in, much to the relief of the gathered crowd. He sends the kid back to safety and begins his battle with his newest foe. By returning to save the people of his city, Peter Parker becomes the hero Spider-Man once more.

Out of the many amazing feats Andrew Garfield’s Spider-Man has pulled off, one stands out above all the rest. In the final battle of the epic crossover in Spider-Man: No Way Home, the Green Goblin sets off a bomb. The explosion shakes the scaffolding the heroes fight upon and sends Zendaya‘s MJ falling to her demise. Tom Holland’s character rushes to save her, but the Green Goblin stops him.

Seeing that his own traumatic history is about to repeat itself, Andrew Garfield’s character leaps to save MJ. In a moment that made audiences across the world scream with delight, Garfield Spider Spider-Man saves Michelle. After failing to save Gwen in his second solo movie, Garfield’s Peter Parker finally gets closure for her death in this scene. He saves not only MJ but also rescues Holland’s Peter from the heartbreak of losing another person he loves. After eight years, Garfield’s character finally redeems himself by executing his best save during his time as Spider-Man.

NEXT: The Biggest Mistakes Spider-man Ever Made In The Movies And Comics