Published in the July issue of NeuroImage, a study by Guendelman et al. reports that social emotion regulationhelping to regulate another person’s emotional state, helps reduce our own distress.

Procedure: Participants underwent the Self-Other Emotion Regulation paradigm. This included an fMRI experiment on the first day of the study and completing a number of measures on the second day, as described below.

Empathy: Participants completed a behavioral task called the Multifaceted Empathy Test, which is composed of 40 photos of people in emotional scenes (eg, a person in a war zone). Depending on whether the pictures showed positive or negative scenes, participants were asked to answer the following questions: “How much compassion do you feel for this person?” or “How happy are you for the person?” Participants were also asked to select (out of four possible responses) the feeling the depicted individual was experiencing.

Self-Other Emotion Regulation Task (SORT): While in the fMRI scanner, and exposed to aversive images, participants were instructed to alternate between regulating their own emotions (ER_self) and social emotion regulation (ER_other)—ie, regulating a person outside of the scanner.

These included the two techniques of reappraisal and mindful acceptance (the findings regarding the latter are discussed in a separate paper). And, as a baseline condition, the technique of simply allowing whichever emotion one is experiencing.

These emotion regulation strategies were communicated via reading information displayed in the pictures. For example, for the reappraisal technique, one would say: “This is just a photo!”

To regulate the partner’s emotional state, the individual in the scanner spoke through a microphone; and, depending on the condition, read out loud the strategies for regulation (like reappraisal) or non-regulation (eg, simply allowing the emotional reaction).

After exposure to each photo, participants rated their negative feelings and distress.

Regulating others reduces one’s own distress

Using a novel fMRI paradigm, the study examined the relationship between empathy and self- and other-emotion regulation. The results showed that “individuals exhibited high levels of personal distress when an interaction partner was experiencing negative emotions in response to aversive photographic stimuli and that especially highly empathetic individuals were prone to personal distress.”

However, regulating the partner’s emotions was associated with a significant reduction in personal distress, a reduction similar to that experienced during self-regulation.

Overall, the results suggest being empathetic can be costly and result in greater distress when exposed to someone else’s suffering.

However, active other-regulation results “in a similar reduction of own distress as in self emotion regulation, supporting the hypothesis that social emotion regulation decreases one’s own negative emotional states,” as shown in previous research. 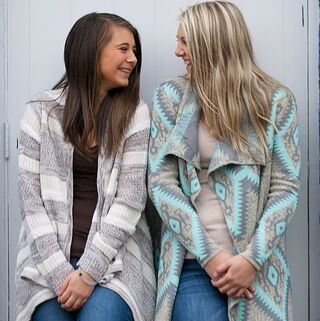 There are practical applications of the finding that social emotion regulation can reduce personal distress.

Consider individuals with borderline personality disorder (BPD), a disorder characterized by poor emotion regulation. When exposed to their romantic partner’s intense feelings (fear, anxiety, anger), these individuals tend to experience extreme distress and behave in maladaptive ways—eg, expressing hostility or trying to distance themselves from their spouse or boyfriend/girlfriend.

The findings reviewed suggest teaching people with BPD to focus on reducing their partner’s stress may actually reduce their own stress (or at least not increase it).

In summary, regulating another person’s emotions, particularly when successful, significantly reduces your own.

Note: There are times when regulating another person’s emotions is inappropriate or very difficult. In that case, it may be better to observe with compassion than to regulate their emotions. But in general, becoming an active helper is preferable to being a passive observer, Taking on a more dynamic role may offset the costs of empathy by helping you and your partner to regulate your emotions and experience less suffering.