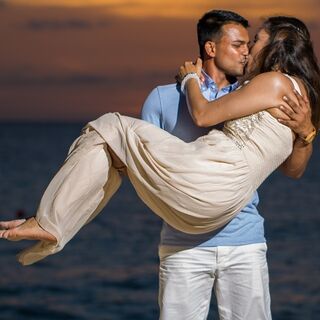 A recent investigation by Evans et al. suggests that romantic nostalgia can be “a resource for healthy relationships,” something that couples can turn to when they experience disconnection or reduced relationship satisfaction.

The paper was published in the June issue of Journal of Social and Personal Relationships, But first, what is nostalgia?

Do you ever reminisce about your childhood or the way society used to be? In other words, do you ever feel nostalgic?

nostalgia refers to a longing for the good ol’ days—for a time (eg, college years) or place (eg, grandma’s house) from the past that is associated with mostly positive experiences.

In the past, nostalgia was often viewed negatively, as homesickness, and even as a mental health condition or neurological illness. Namely, it has in the past been called a “cerebral disease,” an “immigrant psychosis,” and a “mentally repressive compulsive disorder.”

Currently, however, nostalgia is viewed in a more positive light. Why? Perhaps because accumulating research suggests nostalgia is associated with positive outcomes such as a sense of meaning in life, increased feelings of belonging and connectedness, and improved self-esteem and well-being.

One type of nostalgia is romantic nostalgiawhich focuses on a person’s past experiences shared with their current partnerwhether the two are dating, married, or in other intimate partner relationship.

These experiences could include the first time the lovers held hands or kissed, those times they stayed up all night talking and laughing together, their memorable sexual experiences, and more.

Let us now review the findings of Evans et al., on the benefits of romantic reminiscences.

The association between romantic nostalgia and healthy relationship functioning

Relationship satisfaction: The Satisfaction subscale of the Investment Model Scale

Relationship commitment: The Commitment facet of the Investment Model Scale

Romantic Nostalgia Induction: To induce nostalgia, researchers used a modified version of the Event Reflection Task. Participants were instructed to reflect on either an ordinary or a nostalgic experience they had with their romantic partner, and then to write about it.

After a manipulation check, participants completed the same closeness, satisfaction, and commitment scales as in the previous investigation.

Individuals in the “romantic nostalgia condition felt somewhat closer (although this difference was not statistically significant), reported greater relationship satisfaction, and felt more committed to their partners than those in the control condition.”

Sample: 151 students (27 men) from an American university; 93% Hispanic/Latinx; average age of 21 years old; all in a romantic relationship (average duration of two and a half years).

Depending on the condition assigned, participants were asked to think of a song they generally enjoyed or a song that evoked romantic nostalgia. They then listened to the song in the lab.

After a manipulation check, researchers assessed closeness, satisfaction, and commitment, as described earlier.

Sample: 108 students (22 men) from an American university; 91% Hispanic/Latinx; average age of 20 years old; all in a romantic relationship (average duration of two and half years).

Participants were instructed to complete 14 daily surveys. Each construct was measured with just one item, as described below.

Romantic nostalgia: “Today, I thought back to a special time with my romantic partner.”

Romantic connectedness: “Today, I felt connected to my romantic partner.”

Relationship optimization: “Today, I felt optimistic about my romantic relationship.”

Time spent together: “Today, I spent time with my romantic partner.” 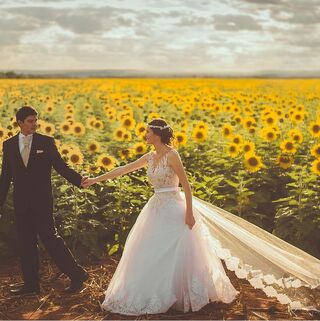 In summary, the results showed:

The results suggest that it may be beneficial to reflect on nostalgic experiences you have had with your romantic partner.

Reminiscing about romantic or sexual experiences may be beneficial in a variety of ways:

In short, romantic nostalgia can be an important resource for healthy relationship functioning.