The dust has settled from the Moon Knight Disney + craze and Marvel’s still quiet about a Season 2 or film. But, it is probable given the show was at one point the most in-demand streaming show. While waiting in anticipation, it’s worth reflecting on Oscar Isaac‘s versatile acting repertoire, including hero, villain, romance, horror, sci-fi and Coen brother satire. Before his psychological thriller roles in Moon Knight the Marvel superhero Marc Spector, and in Dune As the noble father Duke Leto Atreides, Oscar Isaac had 42 films under his resume belt.

RELATED: How Oscar Isaac’s ‘Moon Knight’ Could Lead to a More Mature MCU

The Guatemalan-born and Julliard-trained American actor seamlessly acclimated into his most challenging role yet: Moon Knight. Isaac was captivating and believable playing multiple personalities, including the British and anxiety-ridden Steven Grant, the rational Marc Spector-turned Moon Knight and taxi-driver Jake Lockley: three of the five alter egos from the comics. With this multitude of roles and impressive dramatic range, Isaac just maybe THE actor of the twenty-first century, redefining Hollywood, winning a Golden Globe for HBO’s Scenes from a Marriage (2021) and reinventing the most complicated superhero to date.

The relatively unknown thriller Balibo is worthy of a watch. Isaac won the AACTA Award for Best Actor in a Supporting Role for his memorable portrayal of Nobel Peace Prize winner José Ramos-Horta. Anthony LaPaglia won the AFI Best Actor Award for his role in Balibo as the Australian journalist Roger East. This film, streaming on Prime Video and Peacock, is based on the 1975 true investigation of five young Australian journalists murdered while covering the Indonesian invasion of East Timor.

What stands out is the raw intensity and uncertainty Isaac brings to the role of Ramos-Horta who was relentless in investigating the horrific story of the young journalists. Isaac as Ramos-Horta in a convincing East Timor accent demands, “I want to find out what happened to them, why it happened to them, and who did it to them.”Isaac was only thirty when he filmed Balibo. He later seems to channel this film’s emotional intensity into the Moon Knight experience, where Steven Grant and his alter ego Marc Spector constantly face turbulence and are hunted down by evil forces in faraway places.

Demonstrating the power of vulnerability is what Isaac does best. In Inside Ilewyn Davis, he stars as Llewyn Davis, a musician who despite being constantly rejected, never gives up his dreams of being a folk singer. The Coen brother’s screenplay takes place for one week in 1961 in Greenwich Village.

Llewyn is reminiscent of Steven Grant in Moon Knight who is never deterred while being humiliated by adversaries and speaking in different accents. Isaac uses a Brooklyn accent in Llewyn and in Moon Knight he uses a proper British tone. Llewyn includes a bonus cameo with Bob Dylan singing on stage as Llewyn gets beaten up in the back alley. Sounds a lot like Steven Grant getting his butt kicked in the backstreets in Moon Knight. Isaac was nominated for a Golden Globe for Llewyn Daviswhich is streaming on Prime Video.

Isaac is most familiar with audiences pre-Moon Knight as the rogue commander pilot Poe Dameron in the Stars Wars sequels, including The Force Awakens, The Last Jedi, The Rise of Skywalkerand in his voice acting role as Poe in Star Wars Resistance, the Disney + 3D animated series. In The Last Jedi Poe was put to the loyalty test by Princess Leia (Carrie Fisher), who put Vice Admiral Holdo (Laura Dern) in charge to lead the Resistance against the First Order, instead of Poe.

What prepared Isaac for the anxiety-ridden Moon Knight role was Poe’s conundrum of being in constant allegiance to and scrutiny by The Force. This mental battle is just like Marc Spector who “continues to face his demons under the” watchful eye of Khonshu. ” In Star Wars, Poe was frustrated with Holdo’s leadership and led another resistance force against The Resistance. Isaac recalls being slapped many times on set by Carrie Fisher.

Isaac plays the loner card shark William Tell, who is constantly and quietly on the move in Martin Scorsese’s The Card Counter (2020), a crime drama co-starring Tiffany Haddish as La Linda. Isaac’s character is unassuming, almost quiet until it climaxes near the end showing his good and evil sides. Upon finding out that torturer Major John Gordo (Willem Dafoe) is at it again, Tell sees it as no choice, but to seek violent revenge.

Isaac looks quite dapper in his smooth brown leather jacket, slick combed-back hair, and smooth gambling moves. Much like Steven Grant in Moon Knight who prefers to be quiet and go through life unnoticed, Tell is brought to his wit’s end and reveals just what he is truly capable of doing to others when provoked. And as characteristic of Marc Spector / Moon Knight, Tell is grabbling with the sins of his past trying to forget them. 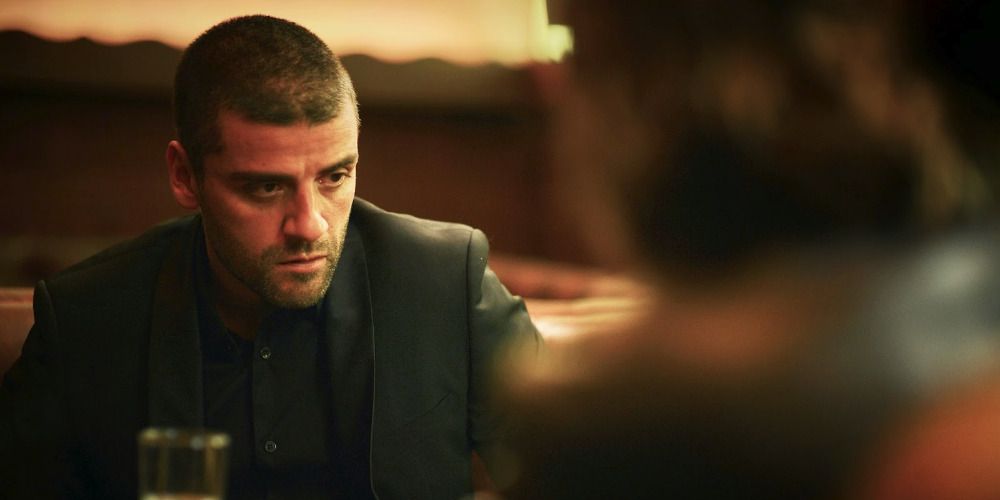 The tables are turned in Mojave where Isaac is now the stalker in the desert instead of the one being trailed. His character is Jack Jackson, an evil antagonist who lurks around stirring up trouble and saying “brother” in almost every scene. Throughout the movie (streaming on Prime Video), Jack threatens the entitled Tom, a successful Hollywood film director, played by Garrett Hedlund (Troy).

Isaac is convincing as the calm tormentor who throws uncertainty back to the audience to decipher.

A Collider review article states that Isaac’s character was unpredictable, “but it sure is fascinating to watch him do it. He’s got a theatrical quality to him that makes him endlessly entertaining. ” He leaves the little white dog tied to a pole saying “I have to make other arrangements, brother.” Yep, he’s really good at being bad. 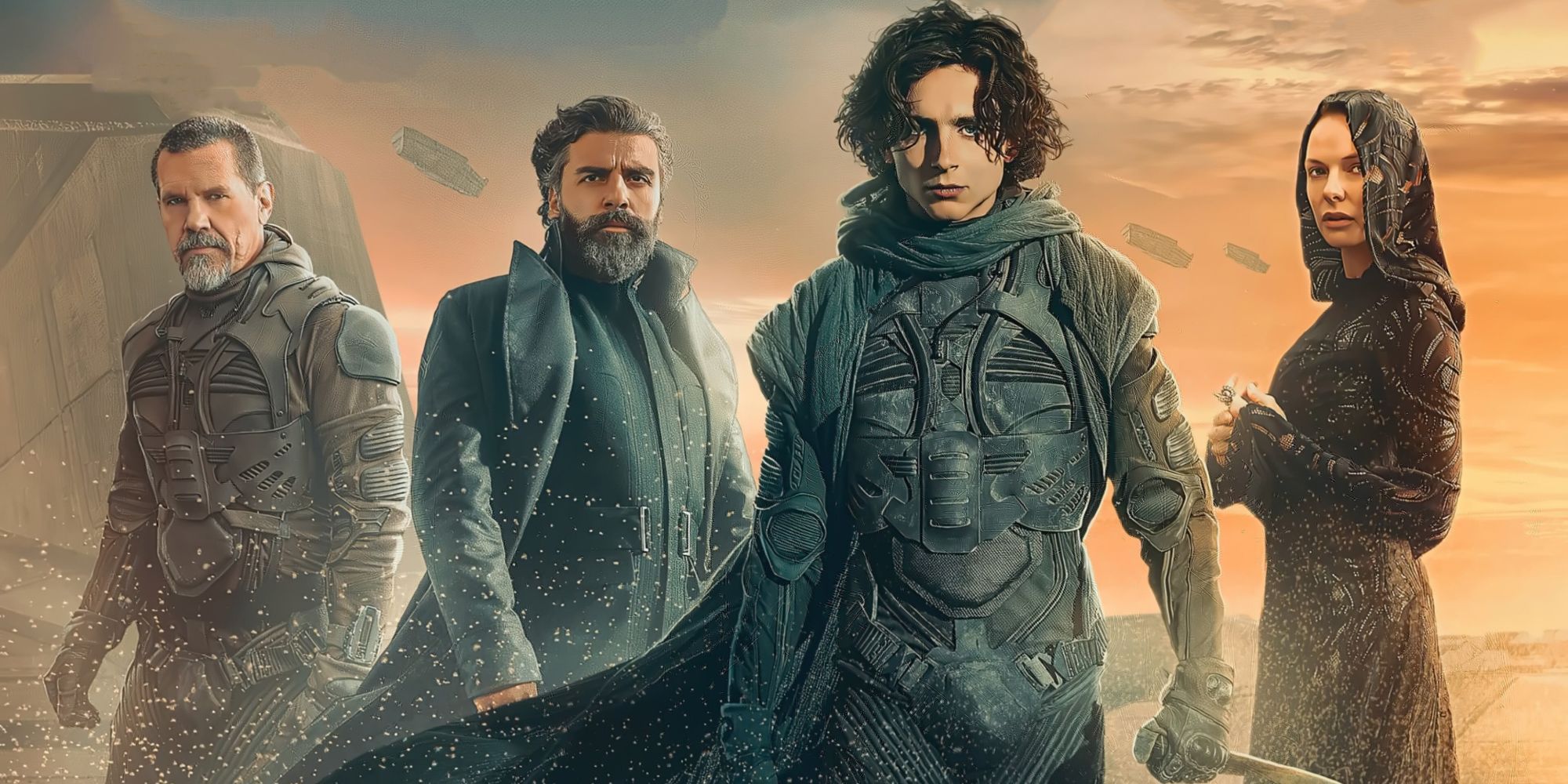 Given 25 years of experience, talent and perseverance, Isaac went on to portray the composed father in Dunewhere he delivers a non-humiliating nude scene and bites a poisonous tooth to save his people from villain Baron Vladimir Harkonnen (Stellan Skarsgård).

Isaac (Duke Leto) brings the space opera drama back down to earth as a reassuring father figure alongside Rebecca Ferguson (Lady Jessica) who is equally composed amid the sand blowing desert. In Moon Knight, Isaac uses the same ‘calm amid the storm’s presence’ acting as he acclimates from the anxious Steven Grant to the collected Marc Spector superhero. Many of the desert scenes in Dune were shot in Jordan and the United Arab Emirates, familiar to some Moon Knight Egyptian desert scenes shot in Jordan. Dune is streaming on HBO Max.

NEXT: 8 Big Questions We Still Want Answered in ‘Moon Knight’