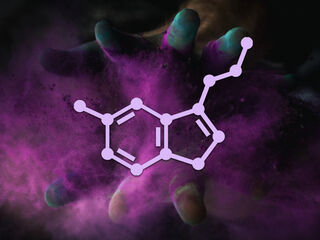 Just about every article on the biology of happiness talks about the neurotransmitter serotonin and why it’s so important to our mood. While the serotonin system is certainly a key player in our mood, there are five important and popular misconceptions about how it works that are worth understanding.

Myth #1: Serotonin is only found in the brain

Serotonin definitely plays a key role in our brain function. But, only a tiny fraction of all the serotonin in our bodies is actually in our brains. In fact, about 90 percent of your serotonin is made in your gut, where it helps regulate motility and contractions. Another 8 percent is located on platelets in your bloodstream, where it aids in clotting. That means only about 1-2 percent of your body’s serotonin stores are in your brain.

Around 60 years ago, it was first proposed that low brain serotonin could lead to depression. This theory came to be known as the “serotonin hypothesis,” and it’s remained the dominant explanation for depression to this day. Many of the most commonly prescribed antidepressants (called selective serotonin reuptake inhibitors, or “SSRIs”) are thought to work in part by increasing serotonin in the brain. But scientific research in the last few decades has revealed that there’s a whole lot more to the story of depression.

Several problems with the serotonin hypothesis of depression have been explored over the years. One notable issue: SSRIs should increase serotonin in the brain very quickly, but in many people, it can take weeks to see an effect. Additionally, about 1/3 of depressed patients never see a significant response when treated with drugs designed to raise serotonin, and, more broadly, only about 1/3 of depressed patients achieve full remission, even with these medications on board.

Importantly, this doesn’t mean that serotonin is not involved in depression, nor that serotonin-based pharmaceutical treatment for depression doesn’t work. Instead, it indicates there’s probably more to the story. That’s why researchers have explored the role of stress, inflammation, neuroplasticity, and other brain pathways as contributing to depression (and also as targets for treatment).

Remembering that the majority of our serotonin is found in our gut and our bloodstream, where it plays a variety of roles, it may be no surprise that the serotonin in our brain does a lot more than just influence our mood. As one example, brain serotonin can be further metabolized into melatonin, a key sleep hormone. Additional work shows that brain serotonin is involved in appetite, reward processes, memory, and learning.

Since many people know serotonin as the “happy molecule,” it stands to reason that we’d want as much of it as possible in our brains. Yet, like most things about our physiology, tip the scales too far and disaster ensues. In the context of taking certain medications that elevate brain serotonin, it’s possible to develop “serotonin syndrome,” a potentially life-threatening condition that is thought to be due to too much serotonin in the body and brain. Symptoms of this condition can range from tremors to delirium.

Serotonin syndrome is a relatively rare condition and is almost always due to interactions between multiple medications that increase serotonin levels (as opposed to occurring in people taking a single antidepressant). Yet it speaks to the delicate nature of our brain’s serotonin systems, and the need to be cautious in how we approach strategies to influence this important molecule. To this end, some early data suggests that strategies linked to healthy brain serotonin function (and incidentally, better mood) include regular exercise and getting a daily dose of bright light.

Myth #5: You can get your serotonin from food

Occasionally, an article or news headline will pop up that describes the mood-boosting effects of serotonin-rich food. For example, bananas have serotonin in them, so you would think that if you eat some bananas, you’d benefit from their serotonin. However, this incorrect thinking speaks to another key aspect of serotonin: it can’t cross from the bloodstream into the brain.

Remember the 90 percent of your body’s serotonin that’s based in the gut? Or the 8 percent in the bloodstream? It turns out that those serotonin molecules are locked out of the brain. That’s because our brain’s protective barrier (called the blood-brain barrier) is impenetrable to serotonin. This is a good thing, given what we previously discussed about how our brains respond to big changes in serotonin levels. But if serotonin in the rest of our body can’t get into the brain, how does our brain get enough of this neurotransmitter?

Inside our brains, as well as elsewhere in our bodies, our cells act on an essential amino acid called tryptophan. One of these pathways of action converts tryptophan into serotonin. Unlike serotonin, tryptophan can cross the blood-brain barrier. This means some of the tryptophan we absorb when we eat protein turns into serotonin in the brain.

Even still, a number of factors make it unlikely that simple tweaks to diet are majorly modifying brain tryptophan levels. One reason for this is that tryptophan has to compete with other amino acids to get into the brain. Additionally, the conversion of tryptophan to serotonin in the brain is significantly influenced by the state of our brains, including levels of inflammation. So, while a daily balanced diet may help ensure your brain gets adequate tryptophan, the brain’s ability to use it effectively may be the more important variable.

When it comes to the brain chemistry of mood, the serotonin system is a key player. But, it’s certainly not the only player, and the way it works is a lot more nuanced than simply “higher serotonin = better mood.” While it’s tempting to try to influence our brain serotonin levels to improve our mood, research showing that we can easily and effectively influence these levels remains quite limited. In the larger conversation about how we can promote better mental health, it may be more helpful to consider additional brain systems involved in mood (eg, inflammation, neuroplasticity, stress pathways) that can be more readily modified through lifestyle choices like exercise, diet, stress mitigation, and sleep.