Kicking off in 2009 and running for six seasons, Jersey Shore has plenty of memorable episodes, but which ones are most worthy of a rewatch?

Related: ‘All Star Shore’ Announces Cast for Party Competition Series on Paramount + Fans of the fist-pumping Guidos and Guidettes love the episodes that are filled with drama, fights, and wild antics, and there’s no shortage of that on the Jersey Shore.

Nicole “Snooki” Polizzi LaValle gets arrested at the beach for public intoxication. This is also the episode where Sammi Giancola tries to make amends with Snooki and Deena Cortese after another fight with Ronnie Ortiz-Magro, and Snooki tries to help Deena hook up with Mike “The Situation” Sorrentino.

Related: The 9 Best Reality Competition Shows Still On the Air

This episode also features a pretty eventful night out at Karma. JWOWW (Jenni Farley) runs into her ex, Roger Mathews, and sparks immediately start to fly, until she finds out he has a girlfriend. Deena gets kicked out of the bar in less than 10 minutes for being too drunk and falling on the dancefloor. Meanwhile, Snooki and JWOWW do not feel like waiting in the bathroom line, so they sneak off to an abandoned area of ​​the club and take care of business. This episode sees the roommates get into as many shenanigans as possible, so it’s a favorite amongst many Jersey Shore fans.

Vinny Guadagnino’s family shows up in Miami the day after Vinny hooks up with Angelina Pivarnick. The other roommates waste no time making fun of the two, with the butt of the jokes mostly aimed at Angelina, since she’s already unpopular with the house. Vinny’s family prepares a massive feast for everyone, and Uncle Nino (Antonio Giaimo) gets up to his usual antics. Snooki and Angelina start to get into a fight but put their issues aside while Vinny’s family is there.

The gang goes to Karma, where Pauly D (Paul DelVecchio) and Vinny meet two girls that they plan a double date with, but Vinny gets stood up. The episode ends on a bit of a sad note, with Vinny truly crushed that his date did not show. Despite this, it’s a great episode and gives viewers a break from the Sammi and Ronnie drama. Plus, who can forget the infamous hot tub night, where Angelina hits Snooki in the face with an inflatable volleyball? 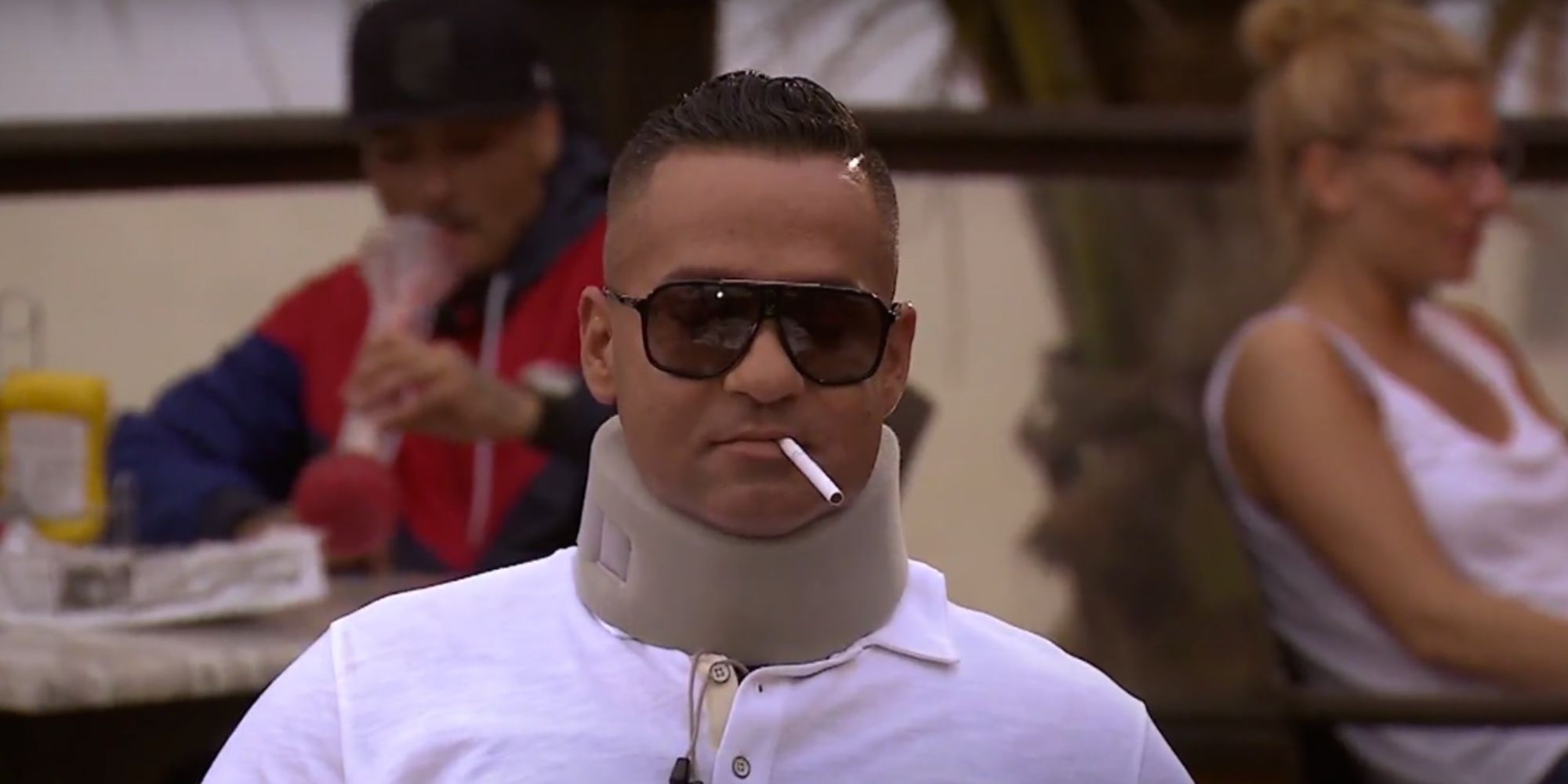 Jersey Shore has its fair number of fight scenes, but one of the most memorable is between Ron and Mike in Italy, or more accurately, between Mike and the wall. Ron confronts Mike and is mad at The Situation for getting involved in his relationship with Sam. But Mike insists he is not getting involved and starts yelling at Ron, trying to get him to hit him. Mike is ramped up and smacks his head into a concrete wall. That’s the end of the “fight” and Mike ends up in a neck brace. Pauly recaps the fight by saying “I think Mike tried to commit suicide by hitting his head against the wall cause he was sick of all the Ron and Sam bulls – t.”

The episode shows viewers another side of Mike. He opens up about feeling alienated by his roommates after none of them seem concerned about him or his injuries. It seems that he was likely dealing with addiction at the time, so it’s hard not to sympathize with him. Ron blames Sam for instigating the fight and starts another fight with Mike, which is quickly broken up by security. Ron apologizes to the roommates while he contemplates returning to America. 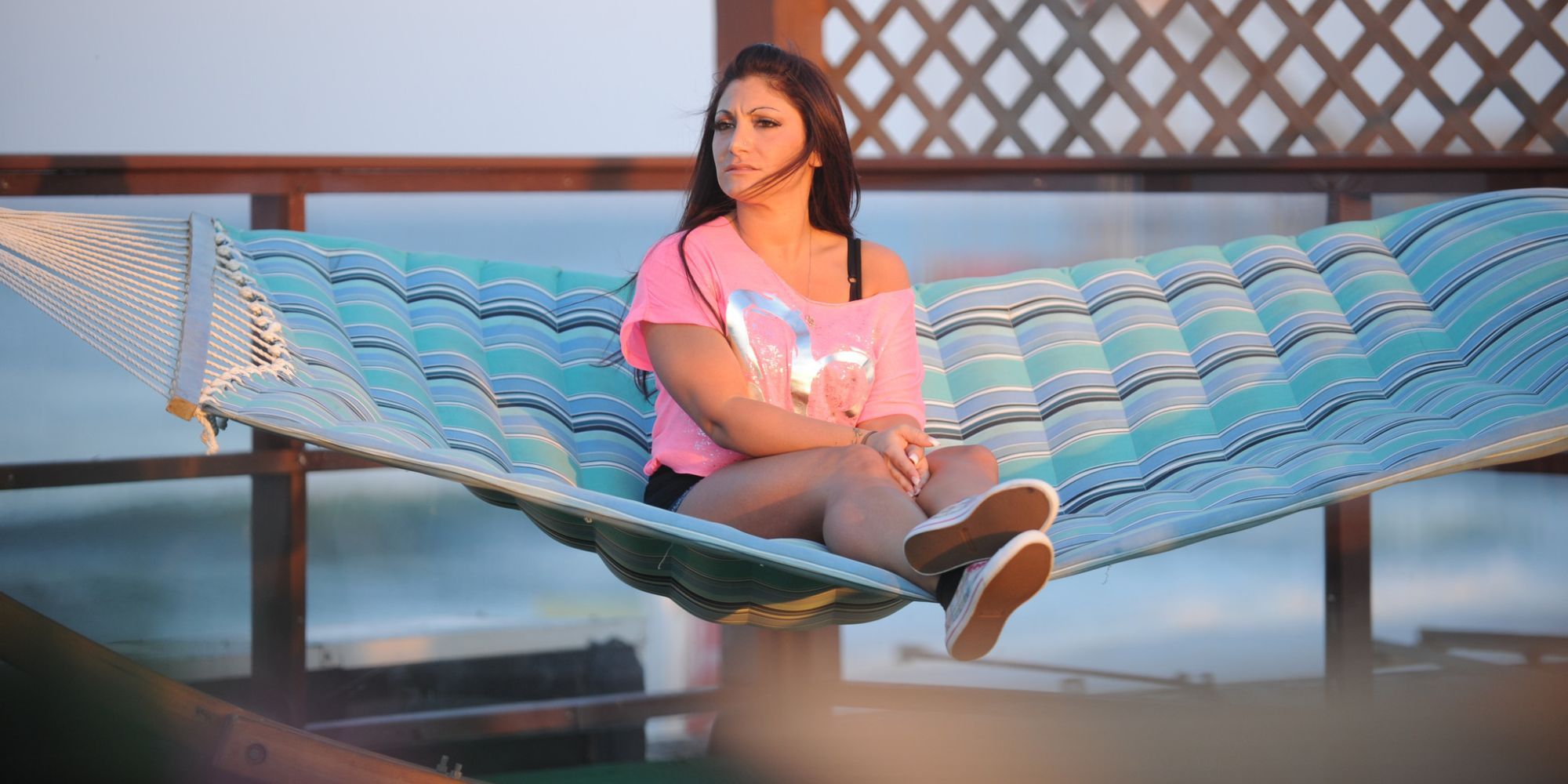 Another huge fight breaks out in the house after Mike finally tells Snooki’s now-husband, Jionni LaValle that he and Snooki hooked up while Jionni and Snooki were together. Jionni doesn’t believe him and isn’t too upset, but Snooki is enraged. She takes her anger out on Mike during a food fight that quickly turns sour. Meanwhile, the roommates are trying to protect Deena from a guy that they do not think wants the best for their friend. Deena decides they’re right, and they go out to get her mind off it. She pleads for Snooki to come out with her and says she needs her but Snooki declines, which causes Deena to cry to Jenni about Snooki being a bad friend.

The gang, minus Snooki, head out to the Aztec for a wild night where everyone tries to find someone to bring back to the house. The next day, it’s camping time. “I do not know if guidos should camp,” Pauly says and he and Vinny stay home to plan “the prank of all pranks” on their roommates. They move everything, and that means everything, from inside the house to out on the deck, and everything from outside goes inside, including a kiddie pool. Other than the drama with Snooki, this is a pretty fun episode and shows the cast getting up to their usual antics. 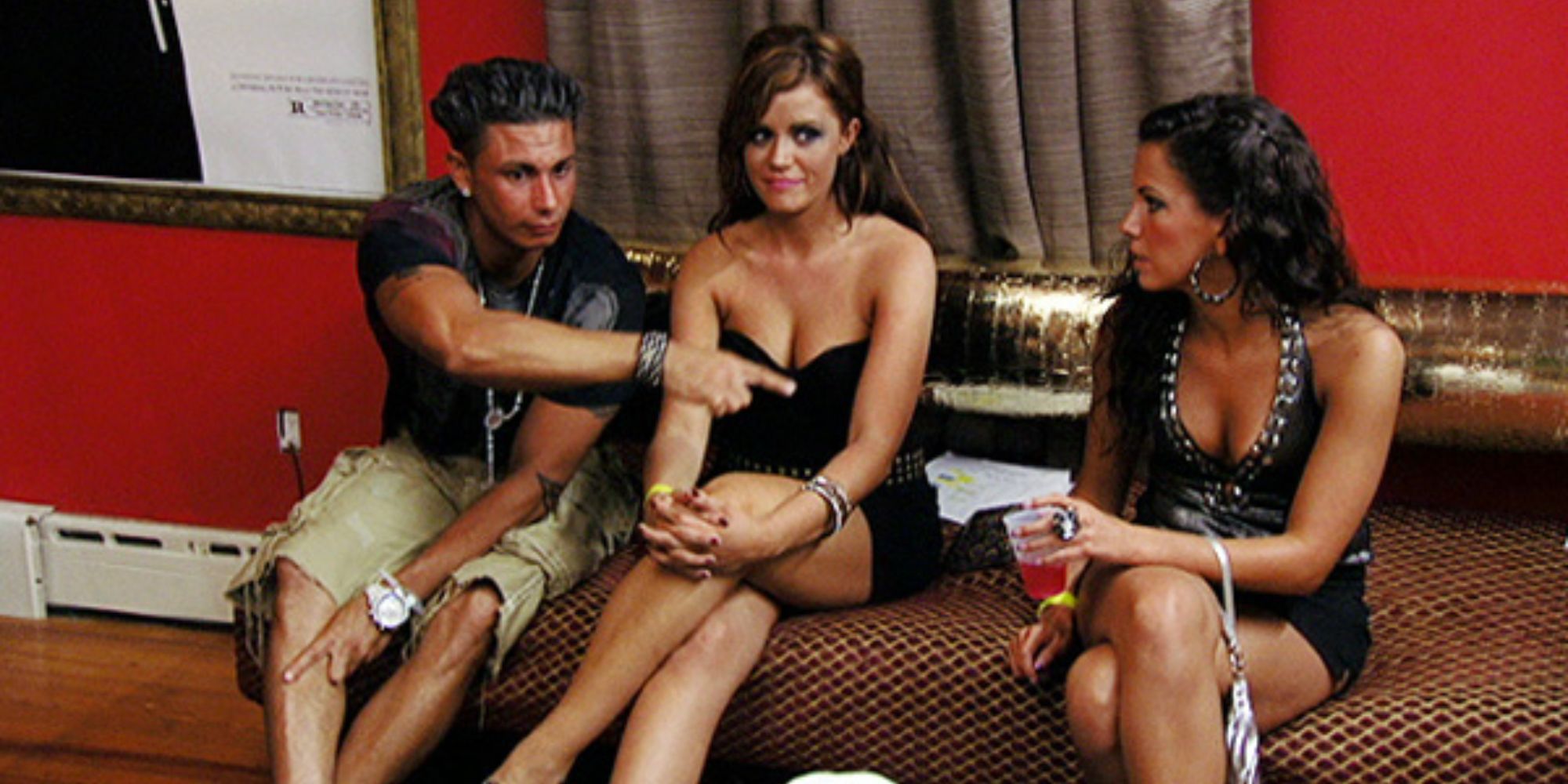 Everyone in the house seems to be at odds in this episode. Ron and Sammi get in a screaming match over Sammi texting another guy. Mike continues to stir the pot between the two of them, which leads to another fight, this time between Sammi and Mike. Snooki also has a falling out with Vinny when she admits she has feelings for him, and although it seems like Vinny feels the same way, he comments on hooking up with another girl, then later pretends to be interested in hooking up with Snooki, only to say he was joking. She gets upset, and so does Sammi when Vinny tries to joke with her too. Meanwhile, Deena isn’t too happy with Pauly and Vinny for trying to hook up with her friend at the end-of-summer party.

This episode is one of the most intense and drama-filled. Almost everyone is mad at each other for one reason or another, and it sets up the third season’s final two episodes. It also has some additional funny scenes, such as Vinny getting his ears pierced, Mike getting “fired” and Deena getting awarded “Worst Employee” by Danny Merk at the Shore Store.

Next: The Most Bonkers Moments From The Love Is Blind Season 2 Reunion