The upcoming sequel series to Game of Thrones starring Kit Harrington as Jon Snow has a lot to prove, and it must address five key issues if it is to succeed. Based on George RR Martin’s critically-acclaimed A Song of Ice and Fire novels, Game of Thrones was widely chastised for its underwhelming eighth and final season, which is considered by many to be one of the worst endings in TV history. As such, it is absolutely vital that the series’ original problems are fixed if Jon Snow’s sequel story is to be successful.

Game of Thrones started off as one of the most critically-acclaimed TV series in history, with seasons 1-4 receiving exceptional reviews and strong viewership. The HBO series is famous for changing the fantasy TV landscape forever by championing a more realistic storytelling style where beloved characters like Eddard (Ned) and Robb Stark can die at any moment. It also brought exceptional, complex characters like Peter Dinklage’s Tyrion Lannister to the screen, as well as unforgettably epic moments such as the fight between Oberyn Martell and Gregor Clegane. However, the series is unfortunately perhaps best remembered for falling at the final hurdle, as iconic characters like Daenerys Targaryen, Varys, Tyrion, and Jaime Lannister were largely ruined by Game of Thrones seasons 7 and 8.

The iconic HBO series premiered during what some consider the “golden age“of TV, alongside critically-acclaimed dramas like Breaking Bad. However, this was also a time before film and TV studios generally began to take issues of diversity and inclusion seriously. As such, Game of Thrones is a product of its time – and some of its most iconic moments already feel dated. It is these issues, plus Game of Thrones season 7 and 8’s screenwriting gaffes that must be fixed if Kit Harrington’s Jon Snow is to lead a new era of fantasy TV excellence in the world of Westeros, alongside fellow spinoff. House of The Dragon.

First released in 2011, Game of Thrones’ cast is made up of predominantly white actors. House Stark, Lannister, Tyrell, Targaryen, Baratheon, and Greyjoy are all made up of exclusively white people, apparently owing to the Medieval English influence on Martin’s work. However, as a fantasy story set in a fictional land, these casts could have easily included people of color. Though Kit Harrington’s Jon Snow is confirmed as the new series’ lead, Westeros must become a diverse environment where people of color can exist as authentic characters not built on stereotypes. Of course, characters who survived Game of Thrones such as Bran Stark and Samwell Tarly should absolutely return, but space must be made to include historically marginalized minority groups, too.

Casting people of color in fantasy TV has become more common since Game of Thrones was released. Both The Witcher and the upcoming The Lord of the Rings: Rings of Power have introduced a more diverse spectrum of characters into the lands of Cintra and Middle Earth. Additionally, it seems that HBO has already learned this lesson, as the upcoming House of the Dragon appears to have a more diverse cast of Targaryens and other characters of color.

Part of the appeal of Game of Thrones Back in 2011 was that violence and gore were not often seen on network television. As such, exceedingly violent moments such as Arya Stark’s brutal killing of Meryn Trant and Roose and Ramsay Bolton’s preference for flaying people alive were incredibly shocking moments. However, 2022 presents a very different media landscape to 2011, and in just 11 years, violence in TV has become widespread, particularly in shows like The Boys. As a result, Jon Snow’s Game of Thrones spinoff cannot rely on shocking audiences with displays of gore and violence alone, and the inevitable moments of extreme violence in Jon Snow’s Westeros will have to be backed up by a solid script to feel earned.

This previous reliance on shock factor is also displayed by female objectification in Game of Thrones. HBO clearly thought that sex sold back in 2011, and there are countless gratuitous shots of the female body to cater to a predominantly male, heterosexual audience, such as the many topless scenes of Emilia Clarke’s Daenerys Targaryen in early seasons that now feel in poor taste. . This becomes even more problematic when women are also killed in sexualized ways or sexually assaulted to benefit another character’s development. Examples in Game of Thrones included Ros, the sex worker Joffrey Baratheon brutally kills, and Ramsay Bolton’s rape of Sansa Stark, which is used to emotionally torture Theon Greyjoy. Both instances use sexual assault against women as props to enhance male characters’ heinous personas, and this type of objectification must be completely eradicated by the Jon Snow sequel series.

Narratively speaking, there are a few lingering problems that Game of Thrones still presents when compared to its source material, A Song of Ice and Fire. One of the most obvious issues that book readers in particular found to be problematic is Game of Thrones‘misuse of the Direwolves: Lady, Gray Wind, Shaggy Dog, Ghost, Summer, and Nymeria. Each of these belongs to one of the Stark children, but unlike in Martin’s books where the animals reflect their owner’s narrative arc and most of them can warg into them, the Direwolves are seldom used in Game of Thrones. The Jon Snow sequel series has the opportunity to fix this by featuring Jon’s Direwolf, Ghost, as an important part of the show. It could even show Jon warging into him while he ventures beyond the wall.

The Night’s Watch seemingly serves no purpose in a post-Game of Thrones season 8 landscape, which is a plot hole the new sequel series must address. After the Night King uses a resurrected Viserion to destroy the Wall and the White Walkers are destroyed thanks to Arya Stark, it is unclear what Westeros’ Night’s Watch will be protecting the realm from. The Wildlings led by Tormund Giantsbane show no signs of wanting to return south of the Wall, so the role of the Night’s Watch is in question. As Jon is shown heading north with the Wildlings at the end of Game of Thrones season 8, the upcoming Jon Snow prequel must address the fate of the Night’s Watch and their new purpose (if any) in Westeros.

Perhaps the most important screenwriting change the new series needs to make is in the way it handles characters. If Tyrion Lannister is to return as rumors suggest, his character must be redeemed after Game of Thrones season 8 ruined Peter Dinklage’s iconic Lannister sibling. The new series must write characters in the same way they were devised from Game of Thrones seasons 1-4, with strong motivations and planned-out arcs. Whoever Jon Snow meets in the sequel, they must be written well, and the threat of death must be there for any character shorn of the plot armor which later seasons of Game of Thrones granted to all its key characters. The Jon Snow sequel has a proverbial mountain to climb after the way Game of Thrones ended, but learning from these five mistakes will help it get off to a good start.

Next: All 7 Game Of Thrones Shows In Development Explained

Why Christina’s Stalker Already Had A Memorial In Westworld 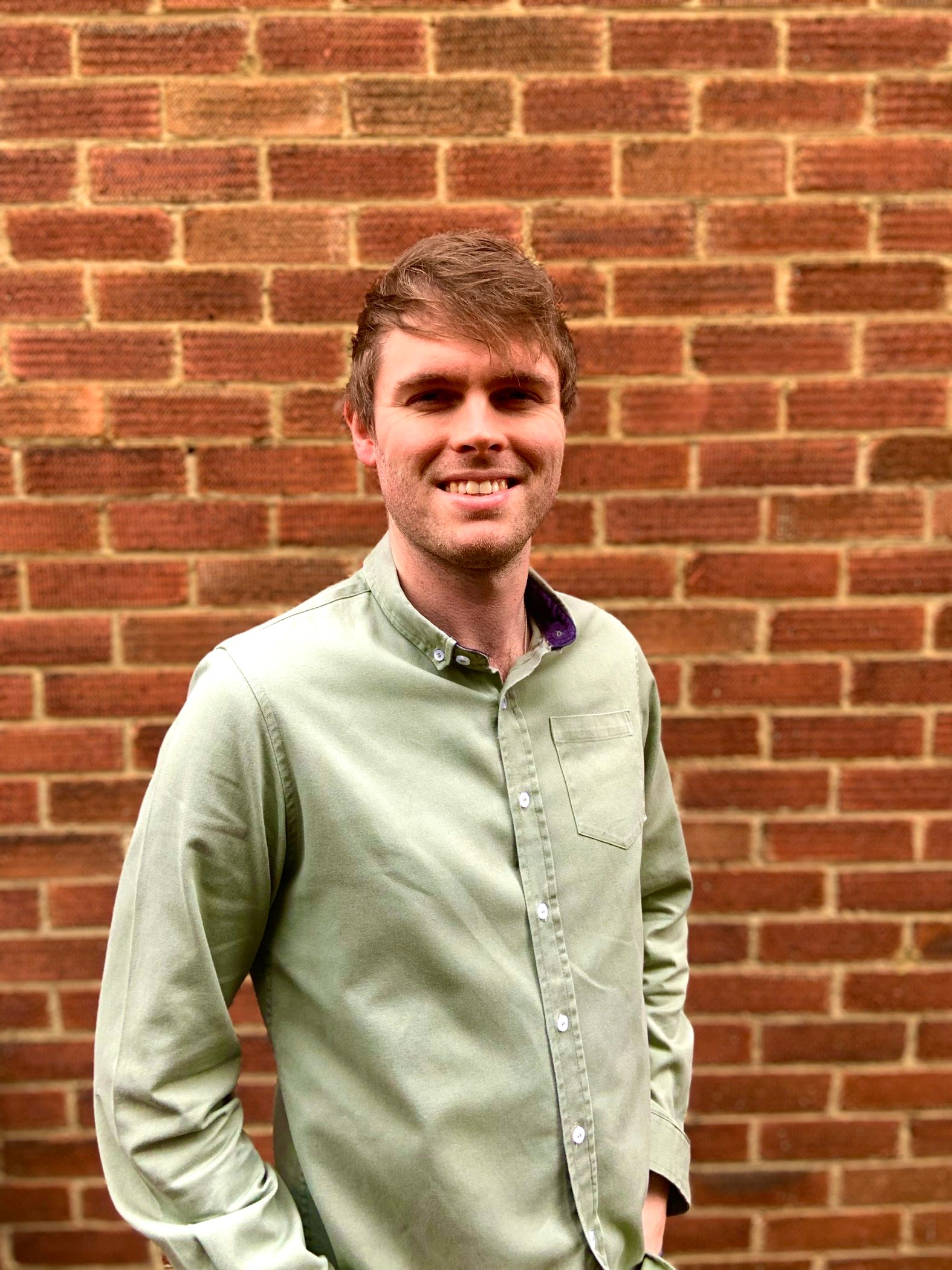 Nathanial Eker-Male is a film and video game journalist based in London. He has written reviews, features, and news articles for multiple sites, including Zavvi (the Lowdown Magazine) Inside the Magic, The UK Film Review, The Indiependent, Nintendo Life, Push Square, and Coastal House Media. He is also a film critic for The Guernsey Press newspaper. His primary interest is in the representation of disabled people in cinema, but he is also a big fan of cult cinema and early silent horror films. His favorite movie is Tim Burton’s underrated 1994 classic, Ed Wood. He’s also a huge nerd, with a love of all things Daredevil (and the MCU more broadly), Pokémon, and Stranger Things. A true Hufflepuff, Nathanial is an excellent finder, and can be found on Twitter talking about nerdy stuff and sharing memes of dogs. Nathanial writes features for Screen Rant primarily about major franchises such as Star Wars and the MCU as well as older shows like LOST and The Office. He holds a first-class degree in Creative Writing and Film Studies and is shortly set to graduate from King’s College London with a Master’s degree in Film Studies.