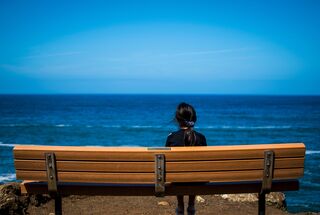 We all feel like we’re being held hostage by our emotions every now and then. While emotions can be overwhelming at times, most psychologists will tell you that they can also be powerful carriers of information about your mind and personality.

However, it can be difficult to understand your emotions from a detached distance if they begin to overpower you. To combat this vulnerability, here are three research-backed ways you can gain more control over problematic or painful emotions and build mental fortitude.

According to psychologist Mark Leary of Duke University, rejection can come in six forms:

Hurt feelings resulting from any of the mentioned events can result in the experience of the “rejection emotion,” which can then turn into sadness, anger, or even anxiety.

“People don’t need to be actually rejected to have the subjective experience of rejection,” says Leary. “For instance, even though we know that our romantic partners accept and love us, they can (unintentionally) make us feel rejected and hurt our feelings in certain situations.”

In order to tackle our rejection emotion, Leary explains that we must first understand why it is so important for us to feel accepted. Simply put, people feel accepted when they think that they have high “relational value,” or worth, to another person or group of people. A great deal of our behavior, thought, and emotion, according to Leary, is driven by our need to belong to groups.

Therefore, Leary advises, if you are experiencing the rejection emotion, make sure that you do not underestimate your relational value because of ambiguous social cues or misinterpreting neutral feedback from others as negative feedback. This is necessary because most people go through life feeling more rejected than they actually are.

“Viewed in this way, the first step to address one’s concerns with rejection is to examine the evidence as objectively as possible, trying not to read too much negativity into them,” warns Leary.

Having said that, if you are going through an obvious and painful rejection, here’s how you can boost your feeling of acceptance:

Emotion dysregulation is best understood as the repeated encroachment of unhelpful emotional patterns. According to researchers, it lies at the core of a range of psychological disorders.

Emotional dysregulation can be elusive, as it can result from multiple causes. According to psychologist Arela Agako, instances of this phenomenon coalesce around five themes:

“We can draw some conclusions from the overlap between all the different theories out there that try to define emotions and emotion dysregulation,” says Agako. “For example, in the case of fear, our amygdala gets activated (brain activation), we notice a lot of changes in our body, such as our heart rate increasing (physiology), we might notice thoughts related to danger (cognition), we might have an urge to run away (behavior), and we also might have different ways of describing this experience (experiential).”

An emotion can be activated when it is not helpful or needed. Or, an emotion can fail to activate when it is needed. It is not uncommon for the intensity of an emotion to be too high or too low than what is helpful in the moment. Moreover, emotions can last longer or shorter than we need them to. These things happen to everyone because our brains and bodies aren’t perfect.

If you are someone who struggles with emotional dysregulation, Agako has the following advice:

#3. Use the “thinking threshold” to ride your emotional wave

Emotions are like waves: they have a beginning, middle, and end. Something (a situation in life, a thought about the past) triggers an emotion inside us. Like waves, emotions rise up, peak, and eventually come back down.

A study by psychologist Jennifer Villieux identified the “thinking threshold” as a level of emotional intensity above which thinking is impaired—where thinking is driven more by emotion than by logic. When one reaches this point, it is inadvisable to use strategies like cognitive reappraisal that require you to think logically as a means to regulate your emotions. Beyond the thinking threshold, complex cognition is impaired.

Therefore, using behavioral or sensory strategies is a better idea when above the thinking threshold, like splashing your face with ice water, taking a walk, or getting a hug.

Villieux also has the following words of wisdom for anyone who relates to this experience:

Conclusion: Emotions are a big part of our lives, whether we like them or not. With a little bit of perspective, planning, and objectivity, they can transform from being our kryptonite to being our North Star.