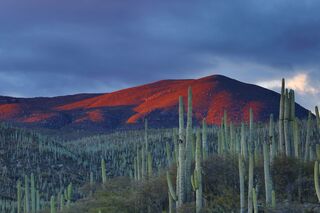 Self-actualization refers to the process of realizing one’s full potential while retaining the ability to appreciate and enjoy life to its fullest. It is a state of mind that everyone strives for but not everyone achieves.

According to research, a self-actualized individual:

Interestingly, new research in the field of psychedelics has begun to highlight how psychedelic use could propel you towards self-actualization. Here’s how.

1. It may help with self-acceptance.

According to a study published in Frontiers in Psychiatrypsychedelics can make us more open to new experiences, which is often a roadblock to self-acceptance.

Most people who struggle with acceptance typically avoid experiences that come across as psychologically challenging for them and end up suppressing any crucial emotions that stem from these experiences.

It appears that psychedelics may reduce experiential avoidance and thus increase acceptance in two ways:

The impact of these effects prompts the user to confront their inner experiences and accept them by letting go of their previously held beliefs. The study showed that most participants who took part in a psychedelic experience exhibited lasting acceptance of their inner events and surroundings.

2. You may heighten your creativity.

Creativity is essential for anyone who seeks to become self-actualized. Contrary to popular opinion, it is not a quality gifted only to the fortunate but rather a state of mind that anyone can cultivate. A study by Luisa Prochazkov, a psychologist at Leiden University in the Netherlands, not only affirms this statement but also shows that psychedelic use may act as a “stimulant” to develop a more creative mind.

“Rather than conceptualizing creativity as a personal trait that is reserved for a talented few, we consider creativity to be a state of mind or a series of cognitive processes that anybody can engage in when trying to generate innovative ideas,” says Prochazkova.

In her new study investigating the effects of microdosing psychedelics on creativity, she found that microdosing had a powerful impact on the brain’s creative centers.

“By reducing the weight of prior beliefs, psychedelics were suggested to abolish pervasive thoughts and biases—inducing more unconstrained, disinhibited cognition that is associated with creativity,” says Prochazkova.

3. Your empathy may grow substantially.

Empathy is another quality that is fundamental to the self-actualization process, as research shows that how you treat others is reflective of who you are internally.

A study by Dr. Brandon Weiss of Imperial College London identified how psychedelics could potentially be used to overcome these negative traits and induce positive personality change. “Psychedelic experiences are associated with profound changes in the way people relate to themselves, others, and the world around them,” explains Weiss. His research suggests:

The road to self-actualization is long and hard-fought. However, the benefits of a psychedelic experience may offer us some respite on this journey and may act as a shortcut toward reaching self-actualization. (Naturally, psychedelic researchers strongly advise using these substances only in the presence of professionals and to be mindful of your family medical history.)