Though Netflix’s hit sci-fi series Stranger Things is ostensibly about monsters and parallel universes, the heart of the story is the heart. From changing and growing adolescent friendships to love triangles among teens, Stranger Things identifies the strange realities of life, love, and loyalty. Of those relationships, one of the most – if not the most – prominent is the relationship between Winona RyderJoyce and David Harbor‘s Hopper; a relationship that is both undefinable in the ways of will-they-won’t-they yet completely definable through trust.

Dubbed “Jopper” by fans, Joyce and Hopper’s history dates back to their own pre-teen years, but it’s as they’ve teamed up through trauma and tragedy in their adult lives that their friendship has grown into something of love, though not in one singular meaning of the word. Their love is loyalty, trust, and devotion to each other and each other’s children. With Season 4’s confirmation that the two need each other, there’s one big question left to be answered: are Joyce and Hopper meant to be?

Hopper Sleeps Outside the Byers’ House

After the Hawkins Police Department is lead to believe that they have uncovered the body of Joyce’s eleven-year-old son, Will (Noah Schnapp), Hopper breaks the news to the Byers family – which goes about as well as can be expected.

After seeing his friend distraught and broken, Hopper can not quite seem to leave her side and decides to spend the night parked in front of her home, acting as a distant yet solid source of comfort and safety. 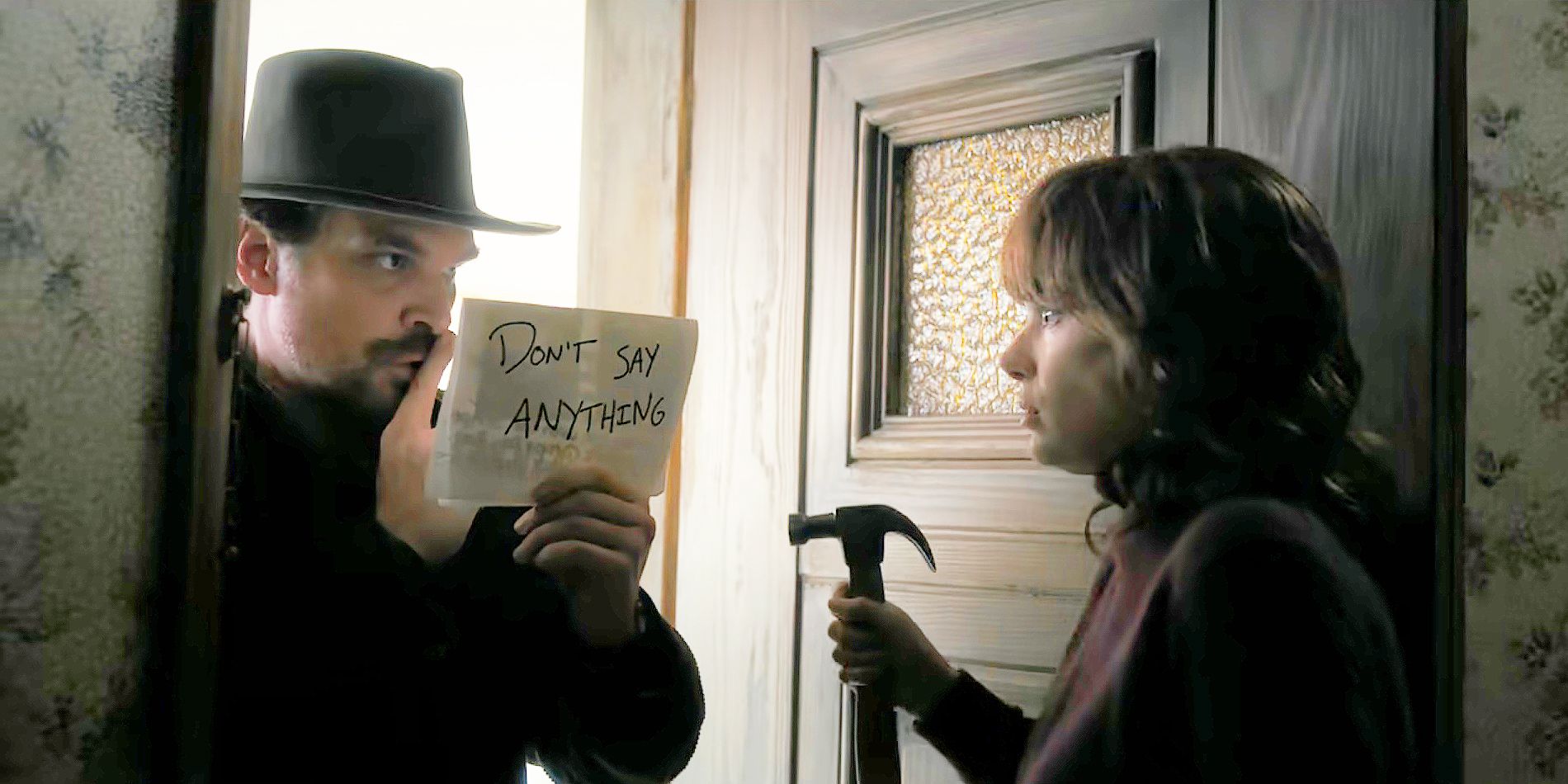 Skeptical of the circumstances regarding the discovery of Will’s remains, Hopper begins to question whether Joyce’s grief-stricken paranoia is actually paranoia after all

RELATED: ‘Heroes’ to ‘Running Up That Hill’, the Best Songs From ‘Stranger Things’

His curiosity leads him to find that the body in the morgue is not his friend’s son, and after the powers at play catch on, Hopper becomes part of their conspiracy cover-up. But their attempt to sabotage what he now knows fails, and he quickly goes to Joyce to confirm that her instincts are indeed correct. 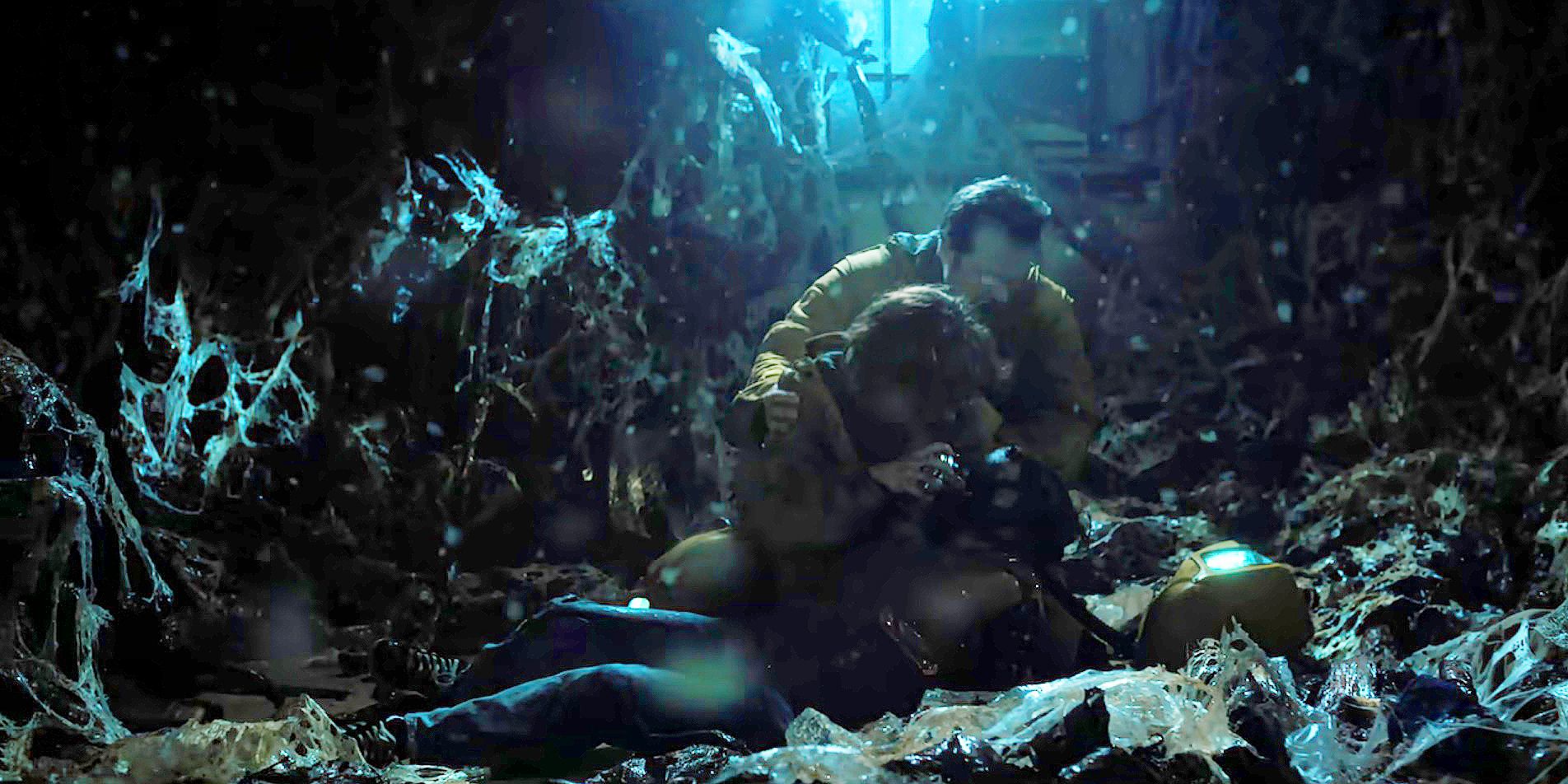 Paralleling grief with relief, Joyce and Hopper’s fight to revive Will in The Upside Down weaves seamlessly through Hopper’s own memories of his child’s last minutes. The flashbacks aid in his determination to spare his friend the same pain.

As Will wakes in the arms of his mother, the contrast of this victory comes in comparison to loss – one family torn apart, while another is given a second chance at Hopper’s own hands. 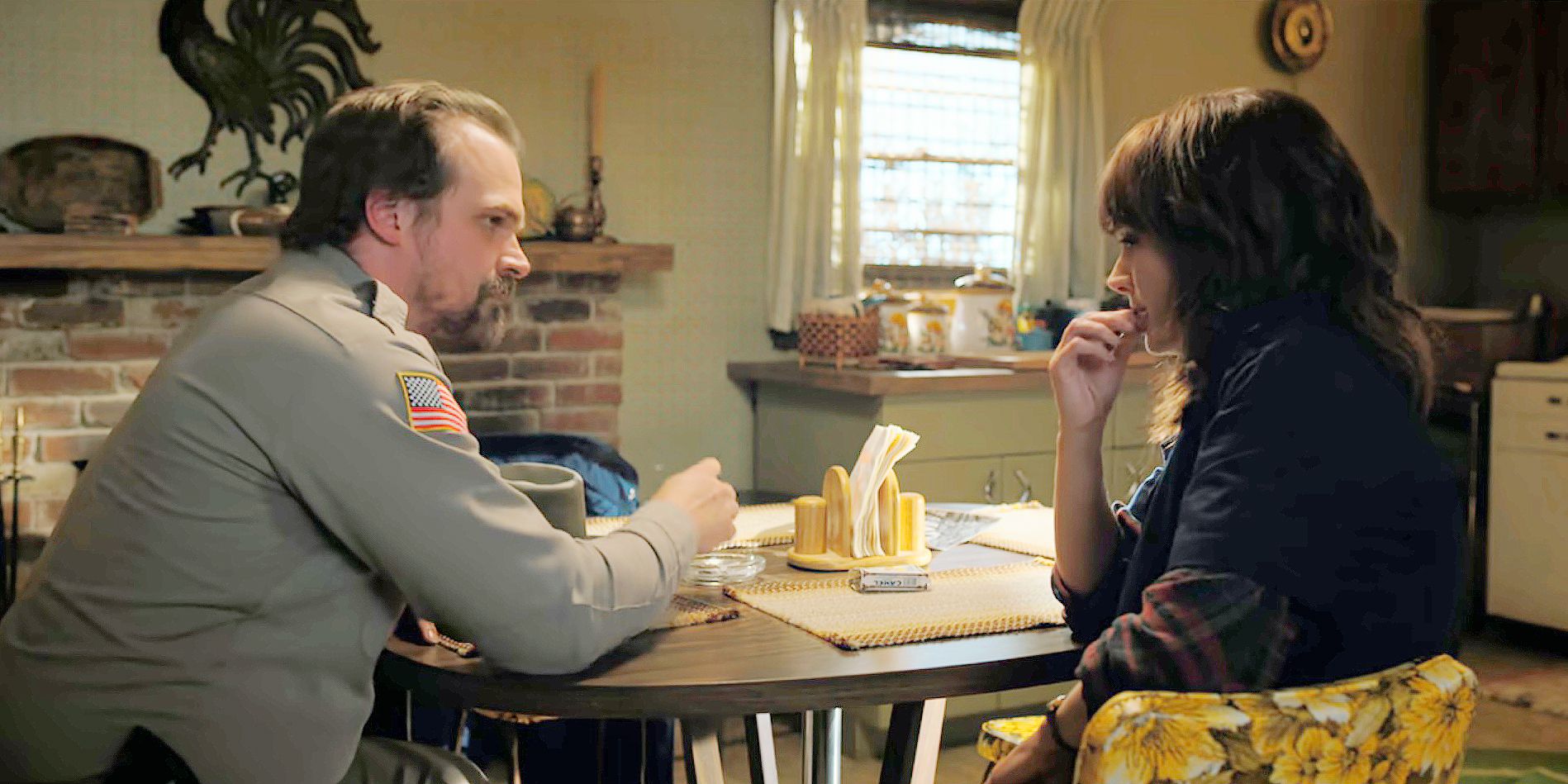 It’s a moment of reassurance while sharing a cigarette at Joyce’s kitchen table that sends both she and Hopper into the past, reminiscing of their youth together in Hawkins.

Though the story is brief, it becomes clear in the laugh between friends that their troublemaking days were the start of something deep – something that would inevitably pave the way to saving each other’s lives, their children’s lives, and becoming what may be. Stranger Things greatest love story. 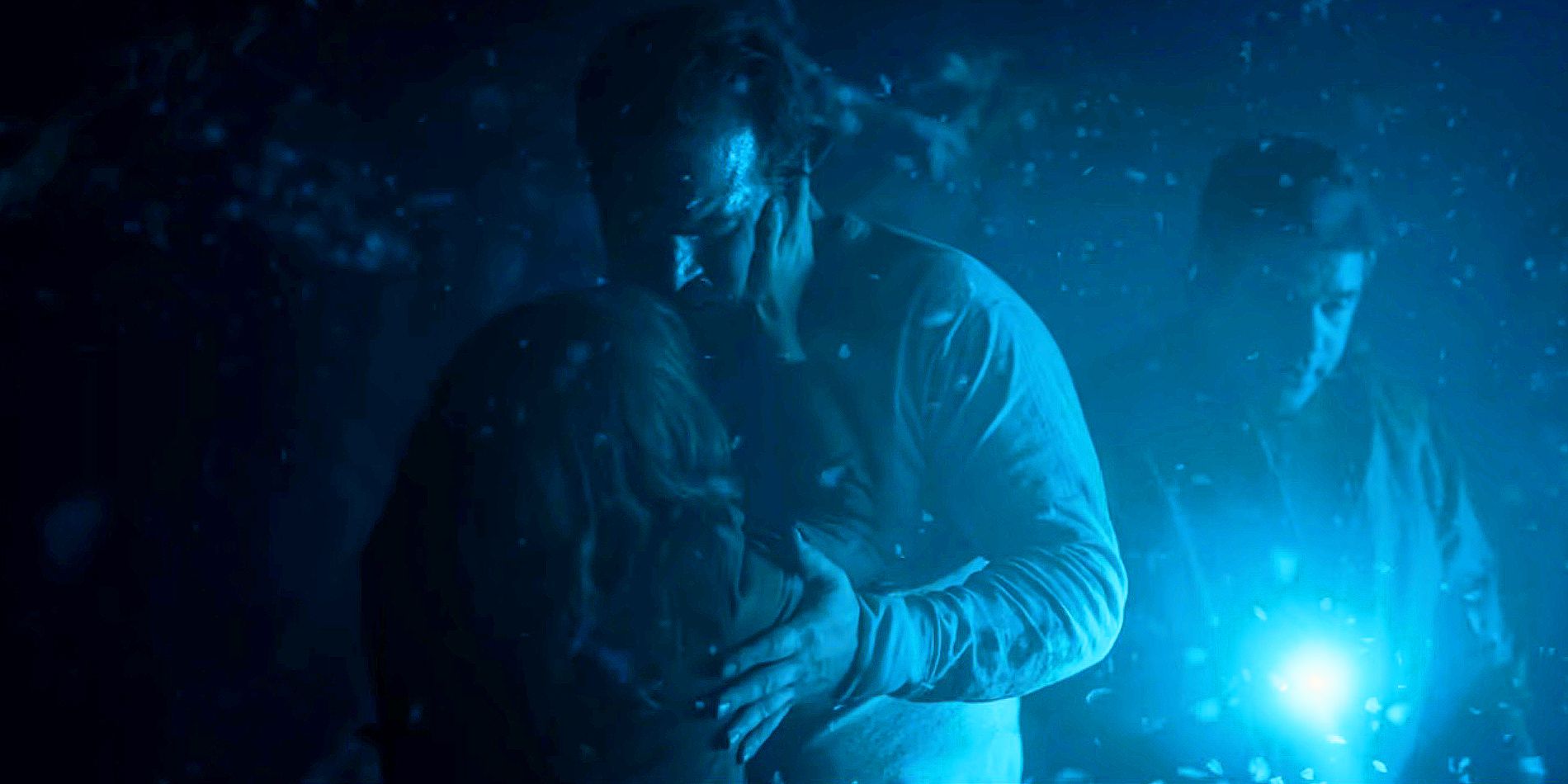 After noticing something familiar in Will’s drawings, Hopper finds himself searching for clues that inevitably leave him trapped in the bowels of Hawkins – his disappearance concerning Joyce more so than anyone else.

Alongside his drawings come a dream, and a warning and Will is able to alert his mother to the danger that Hopper faces. Together, they uncover the map hidden in his art, and its direction leads Joyce to fight to get underground just in time to save her friend’s life.

It Does Get a Little Easier 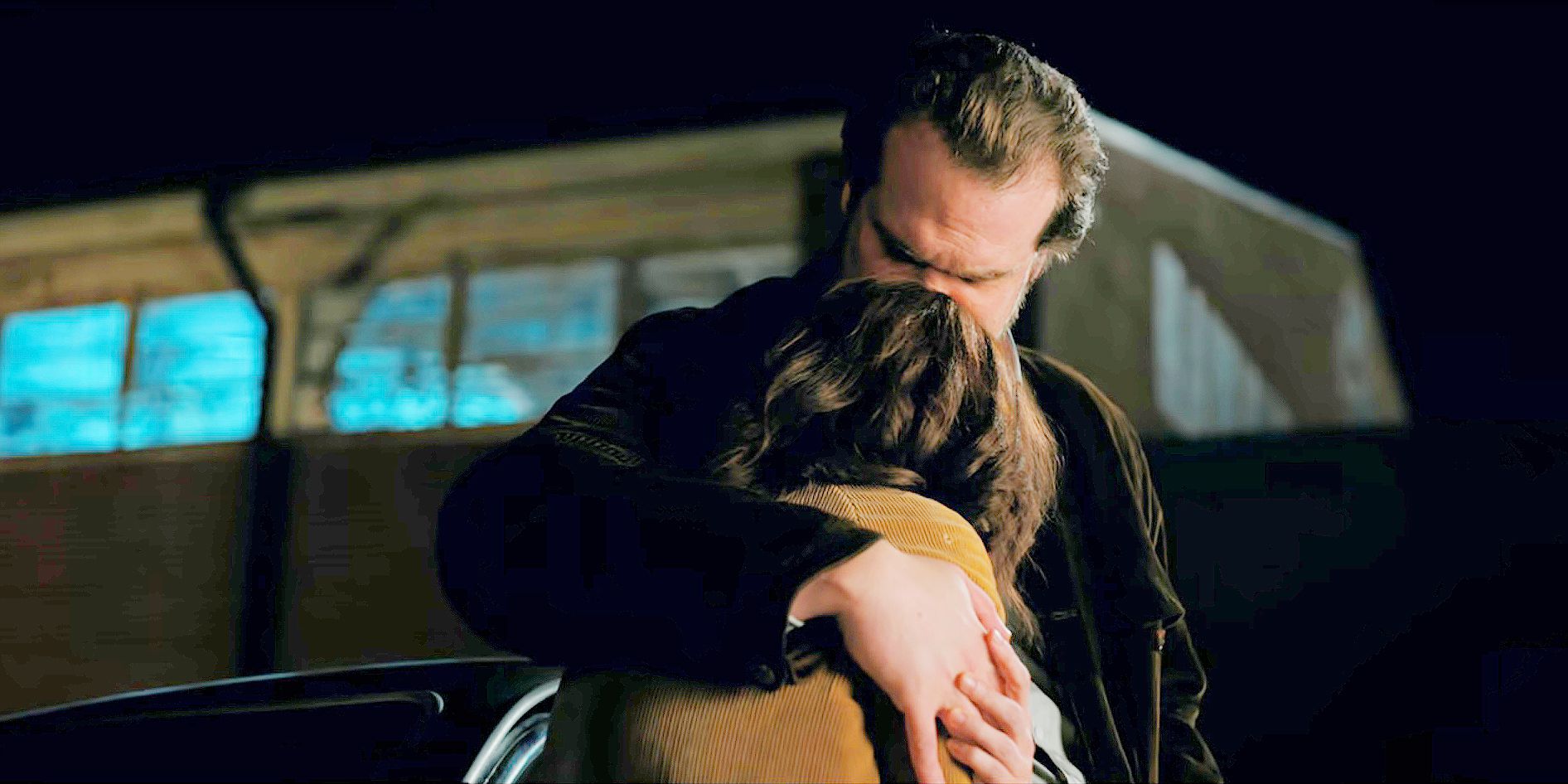 When the dust settles in Hawkins (momentarily) after two traumatic seasons for the Byers family, Hopper finds Joyce outside the middle school during the school dance. She admits to him that she’s afraid to let Will out of her sight, and after passing her a cigarette, Hopper confirms that that feeling and fear of loss never go away, not after your child’s life has been put in jeopardy.

“It is true what they say, you know. It does get a little easier,” he adds, and the two embrace while keeping guard of their children inside the building.

You Got Got This, I Promise 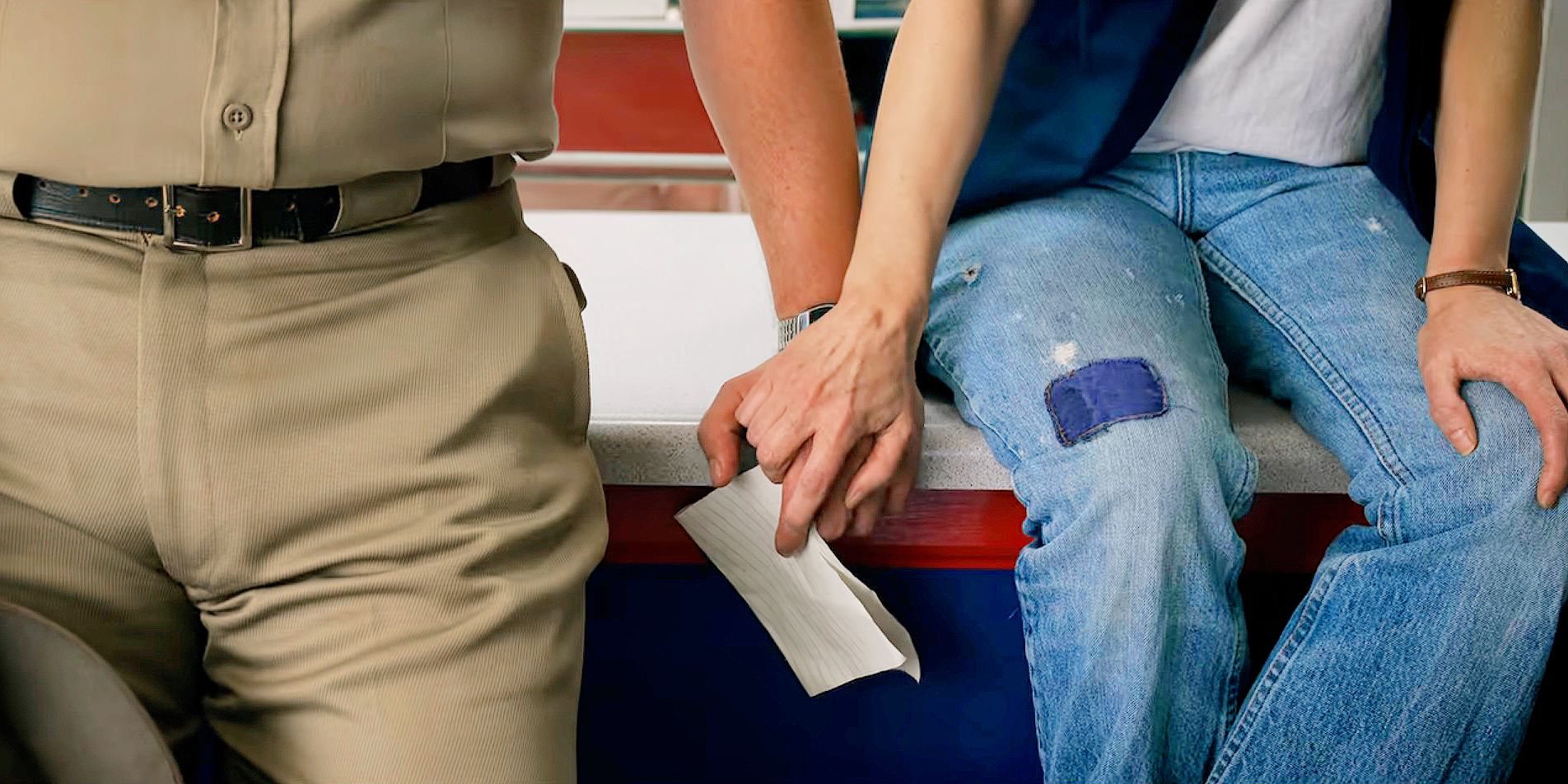 Last seen at the Hawkins Middle School dance, Stranger Things’ heroic pre-teens are officially teenagers by the start of season three. And while demogorgans and mind-flayers are demons of the past, hormones are not, and with that, a whole new set of challenges ensues. For Hopper, it’s his daughter, Eleven (Millie Bobby Brown), and her budding relationship with Mike (Finn Wolfhard).

When faced with parenting a teenager – let alone being the single parent of a teen girl – Hopper turns to Joyce, the person (and parent) that he trusts most. She gives him the advice that he needs, of course, refusing to do the job herself and persuades her friend to put aside the awkwardness and aggression, and open up a dialogue with the kids. That dialogue comes in the form of a letter; one that Joyce ultimately gives to El after Hopper’s presumed demise.

It is Important to Me That You Feel Safe 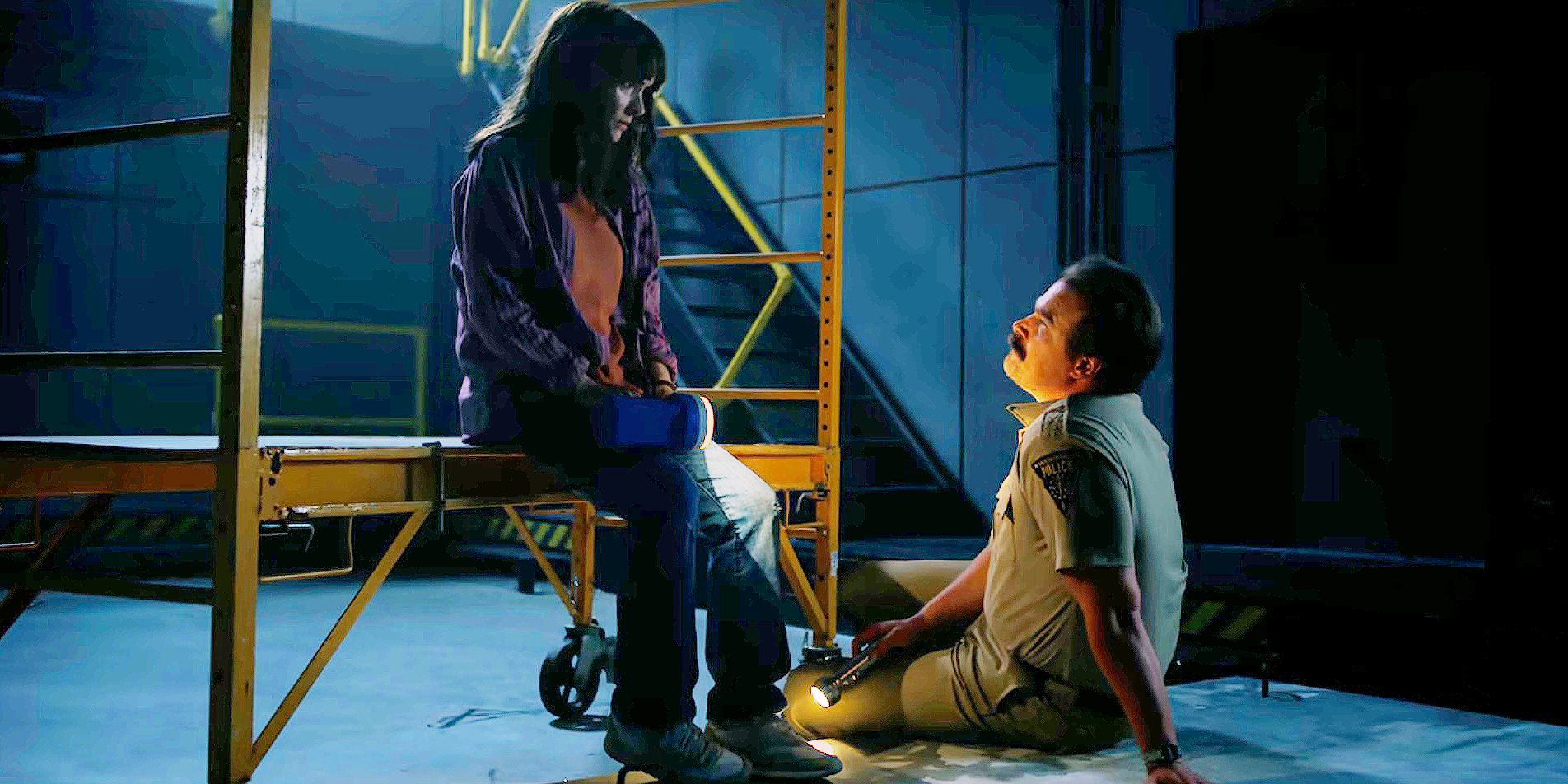 Truth can be a heavy responsibility to bear, and an even heavier subject to confront, but when Hopper mentions that he knows Joyce is planning a life beyond their small own, he makes a heavy confession of his own. 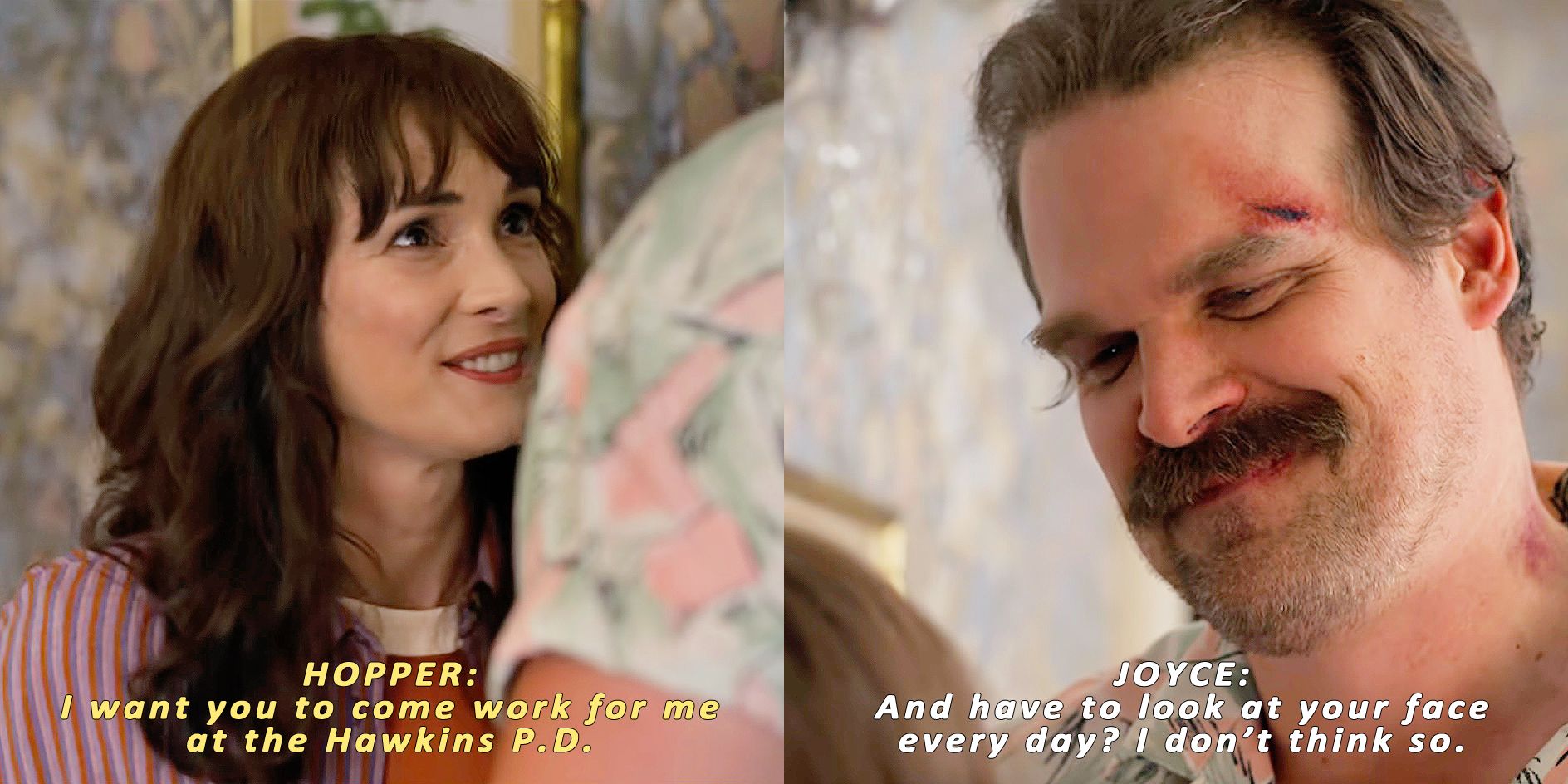 Momentarily breaking the tension – sexual and otherwise – between them with a bout of ease (even in spite of everything), Hopper finds himself fascinated that Joyce’s ramblings of maps, magnets, and machines may have lead to a major break in their attempt to uncover the mysteries that lie beneath Hawkins.

He jokingly offers her a position at the police department and Joyce flirts back, declining the offer with an endearing grin because she would have to work with him. 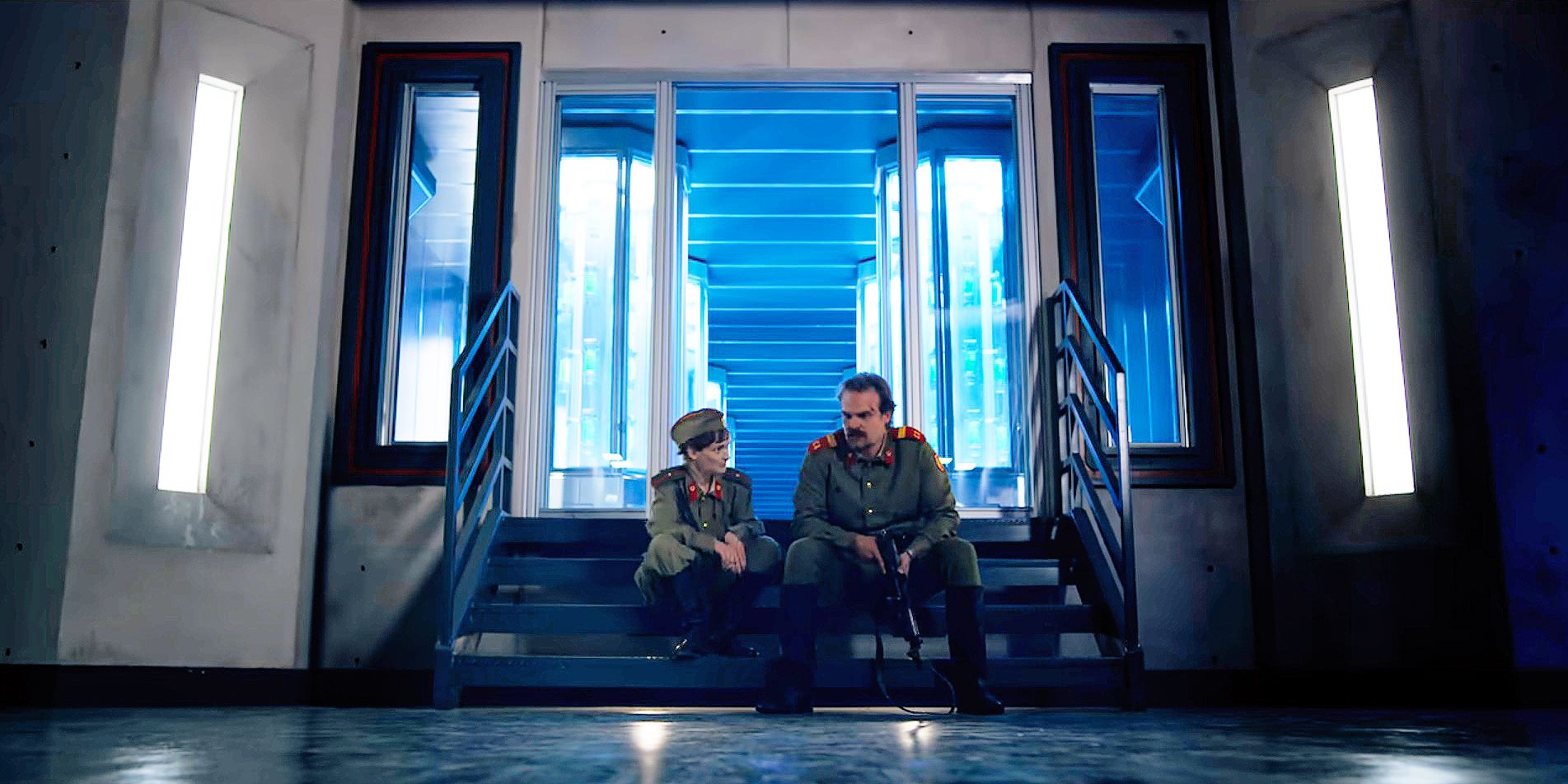 Dinner at Enzo’s. It’s an invitation extended from Hopper that throws Joyce off-kilter at the start of Season 3, but after missing their date (which wasn’t officially a date, apparently), it’s Joyce’s turn to catch Hopper off guard. As they sit together on the stairs of an underground Russian military operation, she asks the same question that he asked just days prior. Dinner at Enzo’s – and this time, it’s a date.

But as their luck has it, the next phase in their plan to save Hawkins places a whole new meaning behind the name “Enzo.” 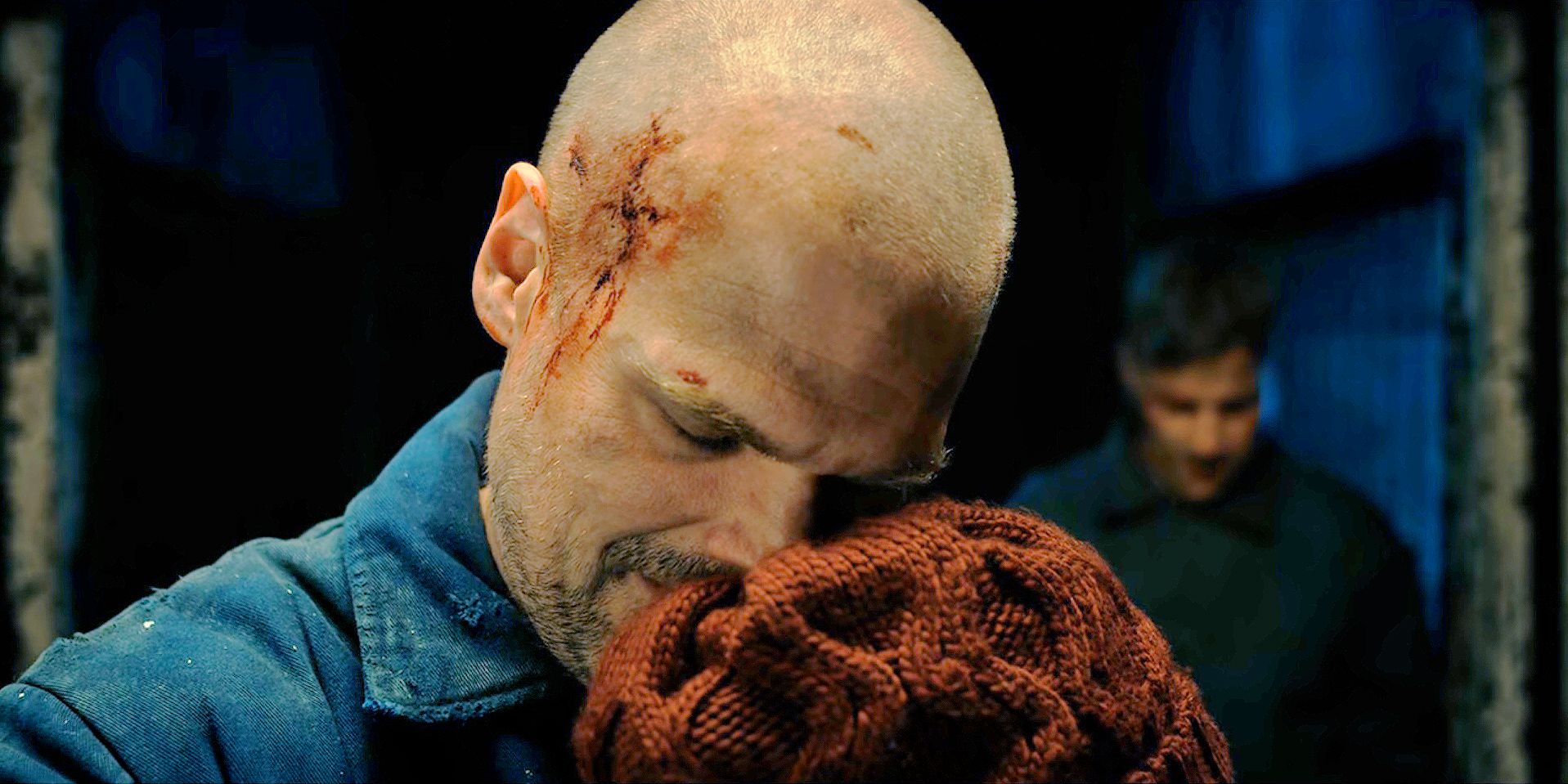 For Joyce, the first seven episodes of Stranger Things‘fourth season revolve around the discovery that not only is Hopper still alive, but in need of rescue, while Hopper’s trajectory falls from determination to get home to one of self-pity after possibly endangering Joyce’s life. It’s in their final scene in the season’s first volume that each sacrifice and every moment of doubt culminates as Joyce and Hopper are reunited in the cold, dark chambers of a Russian prison.

Their reunion serves as one of the best scenes in the show’s history, and as Hopper smiles in relief after Joyce rushes to him, clinging to him with all her might, his words from earlier words – “They [Joyce and El] did not need me. I needed them. “- fail themselves. Joyce needs him just as much as he needs her (and frankly, so does Eleven).

NEXT: Questions We Need Answered About ‘Stranger Things’ Season 4, Volume 1