The UK once again hit reality gold with their smash hit Love Island, which has spawned a US version of the show. The summery dating show gives the audience a peek into the closed off world of bikini clad singles living in a villa together looking for love. However, with great reality show power comes a void in the shows fans as they await more content.

Luckily, the TV gods provide with plenty of other reality romance options with their own twists. Across all the streaming platforms fans can almost always find something to keep them hooked on the love lives of sexy strangers. In this summer heat, allow these thirsty singles to quench your unquenchable reality show thirst.

Love In The Jungle

Following the format of barely clothed young people in a tropical paradise, Love In The Jungle offers some fun twists. Focusing on animal instincts, the cast are not allowed to communicate with words and take on animals they believe represent them in love. They perform challenges, go on dates and couple up at the end of every night in hopes of going home with a relationship.

Love In The Jungle forces the cast to make connections based on physicality and instincts alone first to mimic animalistic mating. The show features plenty of reality drama alongside plenty of fun facts about animal mating habits making it the perfect summer obsession. Stream on Roku. 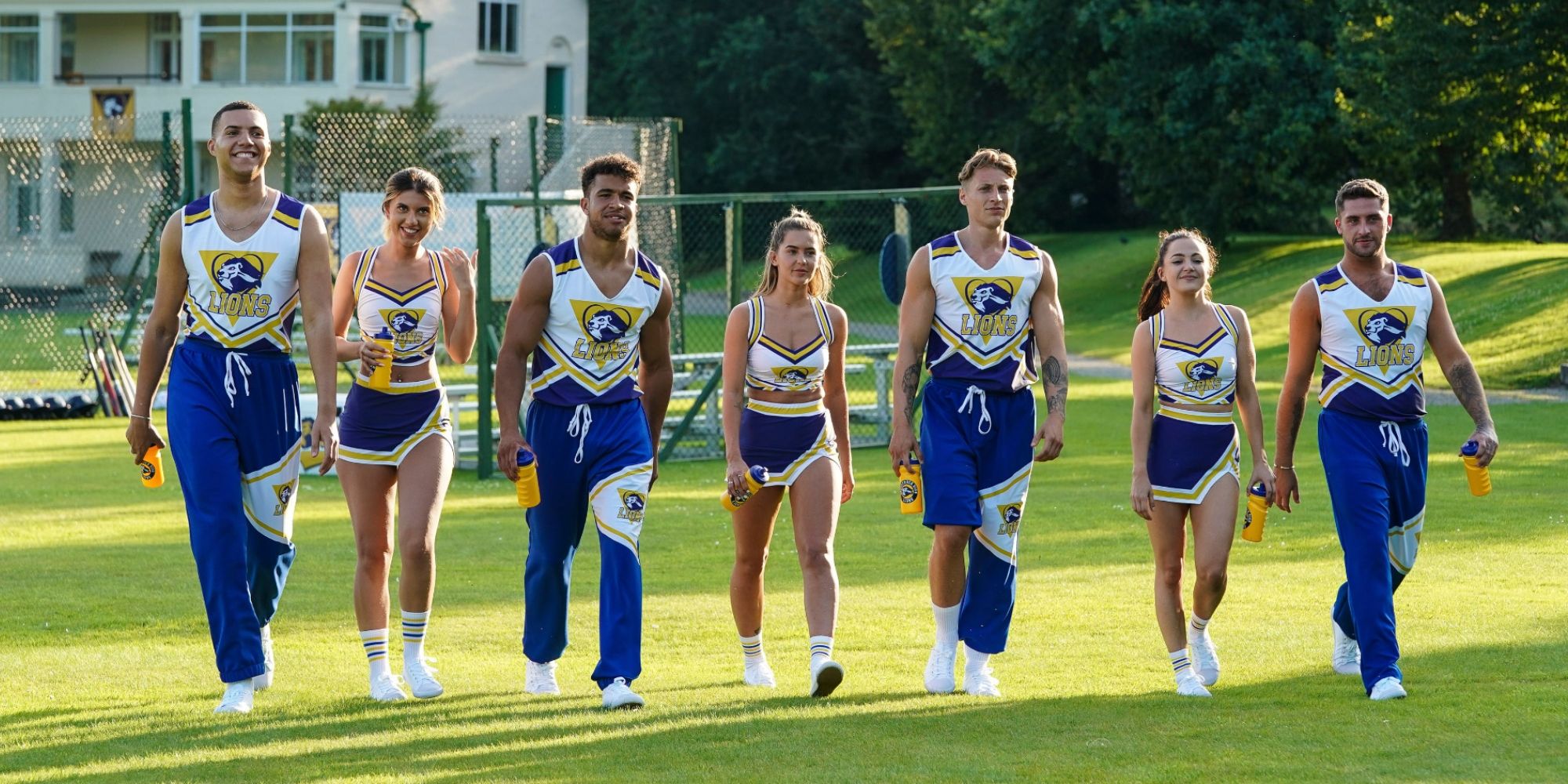 Adult singles in the UK pretend to be teenagers in an American style high school in the hopes of learning how to love. They engage in classes with the intentions of opening them up to love and communication as well as stress about whom they will take to prom.

Lovestruck High is possibly one of the most inclusive reality dating shows as it allows for queer couples to exist alongside straight relationships and makes no preference either way. The show offers plenty of “teenage” gossip about who kissed and who dumped who as the cast begins to build relationship with each other. Lindsay Lohan also happens to be the show’s narrator, which means lots of Mean Girls references sprinkled throughout.

Naked And Afraid Of Love 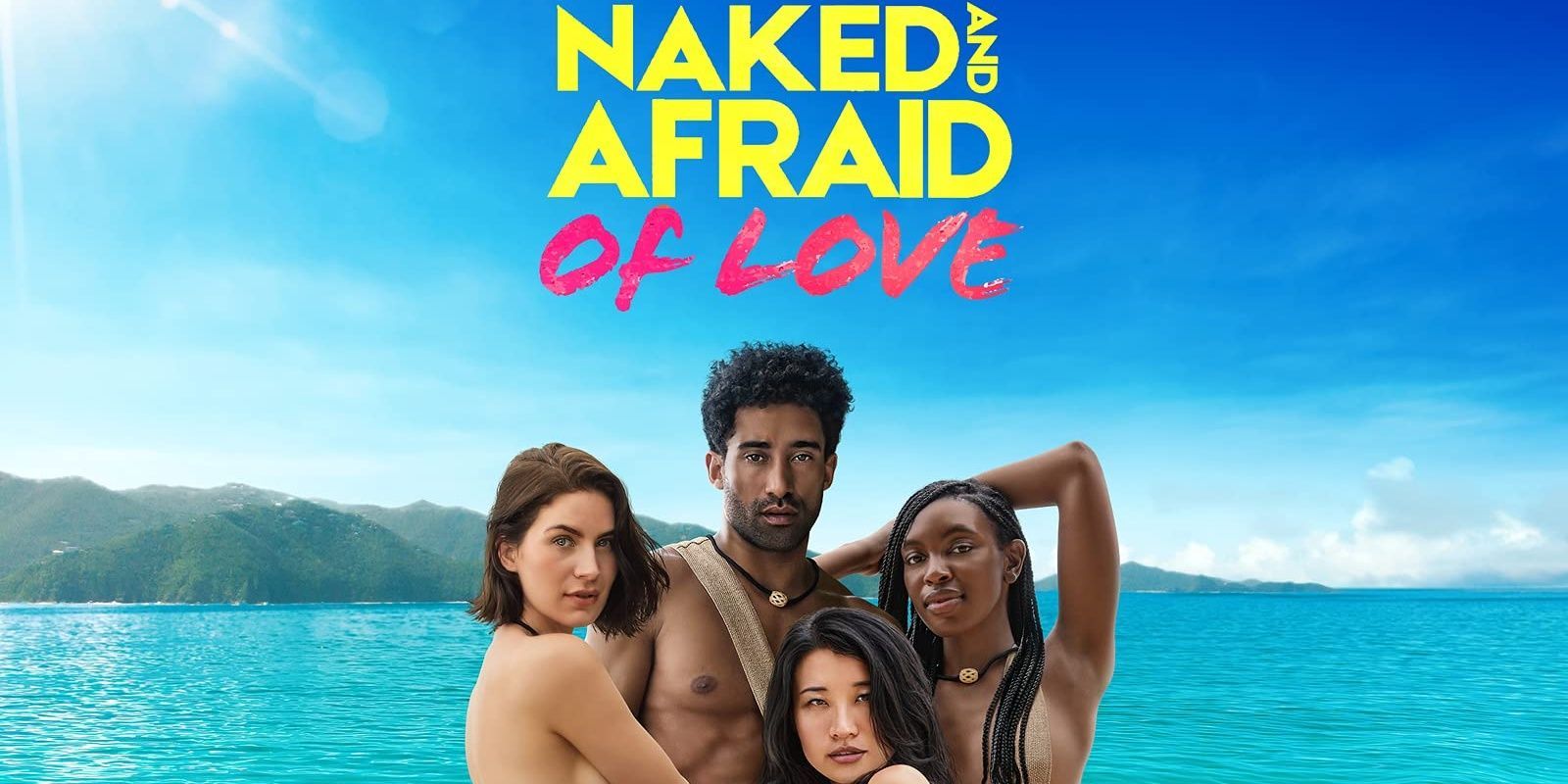 The survival show hit takes a reality romance turn in Naked and Afraid Of Love. Fully naked single men and women wash up in different locations of a deserted island paradise, convene with each other to mingle and hopefully walk away with love. Though there is still a slight survival element the show has maintained, it primarily focuses on the love lives of the naked cast members.

Naked and Afraid Of Love is for all the reality obsessed fans who watched Naked and Afraid and wondered why they did not date at the end. The shoe leans into a naturalist perspective in order to find love. Being able to be stripped bare (literally) and be in the most vulnerable state, emotionally and physically, in order to find a healthy lasting relationship. Stream on Discovery +.

Too Hot To Handle 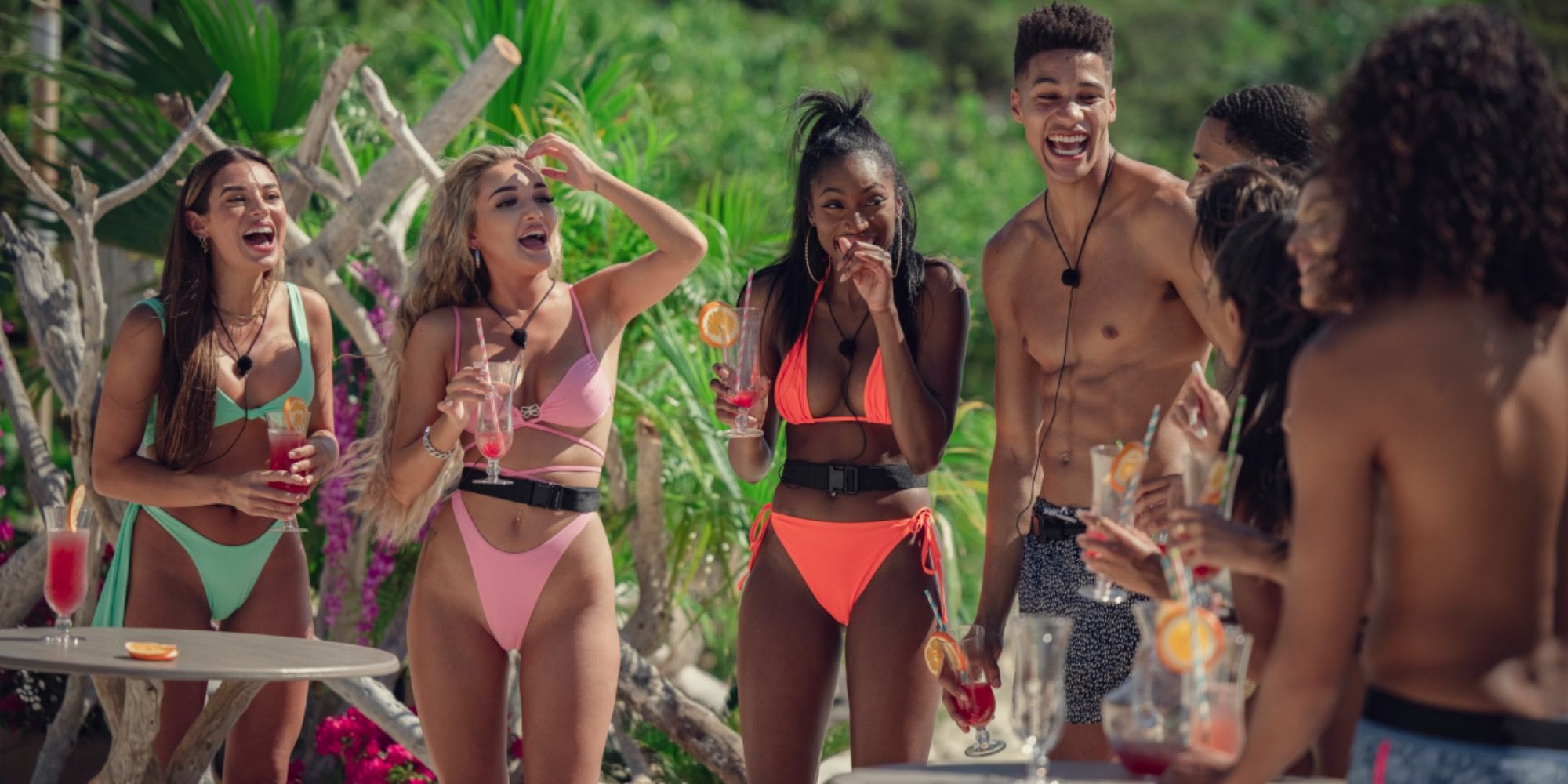 The Netflix hit, Too Hot To Handle, leans heavily what is so great about reality dating television and takes it away for the ultimate challenge. The amount of money the cast can win at the end is completely determined by them and if they are willing to avoid physical relations. They are heavily surveilled and kept accountable by an ambient voice named Lana.

The show aims to teach depth and emotional maturity to the self-appointed sex obsessed cast. They are continuously rewarded for making deeper emotional connections with their fellow participants and themselves. Too Hot To Handle puts the shallowness of reality romance in center stage and attempts to correct it. Stream on Netflix 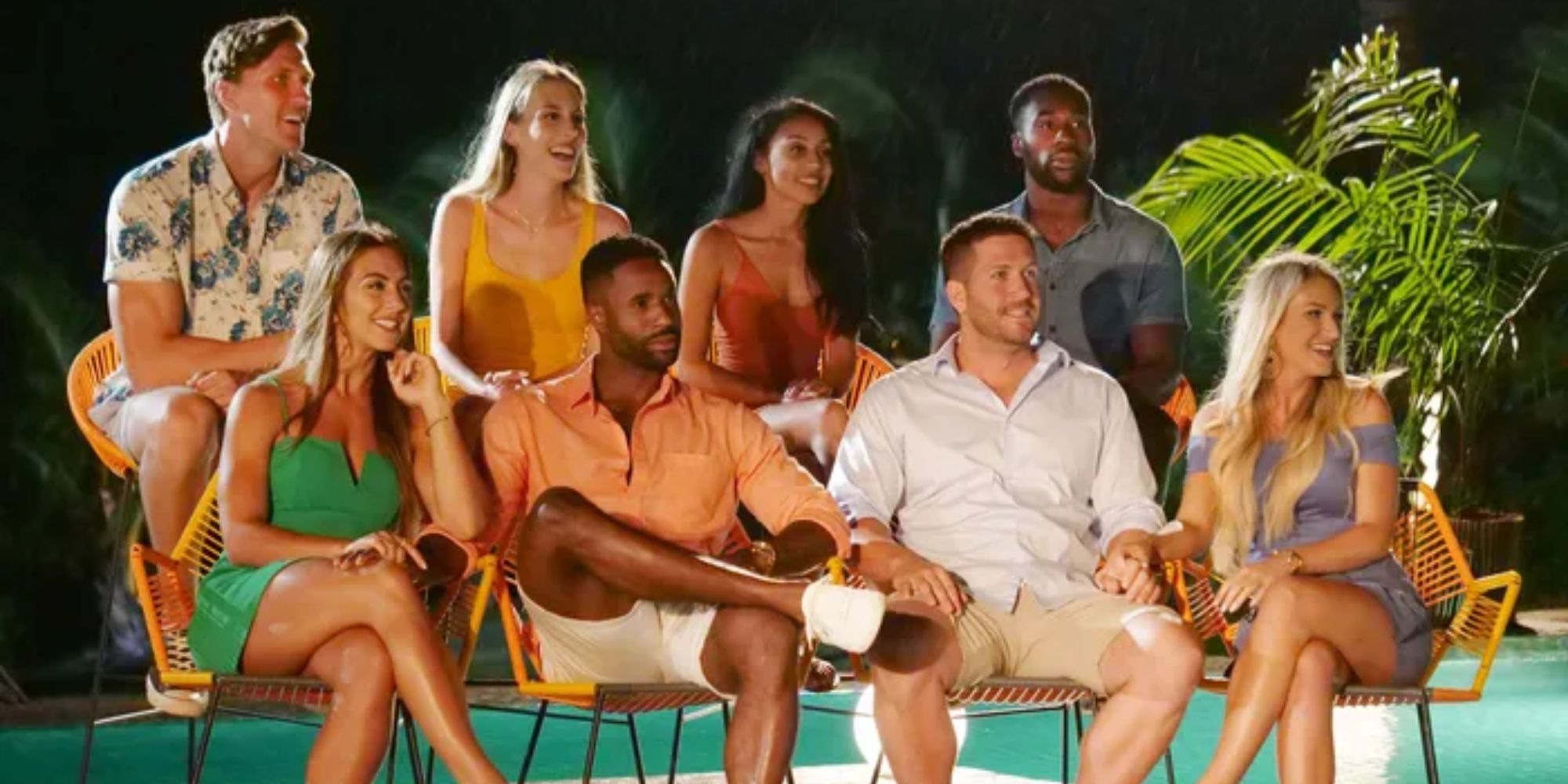 Four long term couples enter Temptation Island with questions about their relationships that they hope to have answered. The couples are promptly separated between men and women into two villas where they will live as though they are single with a group of strangers who want to date them. The groups are able to watch selective videos of their partners activities but do not actually have any contact with them until the end of the show.

Temptation Island offers, if nothing else, clarity for the shows participants and promises they will come out changed in some fashion. Most all couples feel uneasy about marriage in some way or another and want proof their partner is the right one for them. Rent on YouTubeTV or watch on the USA network.

Ex On The Beach 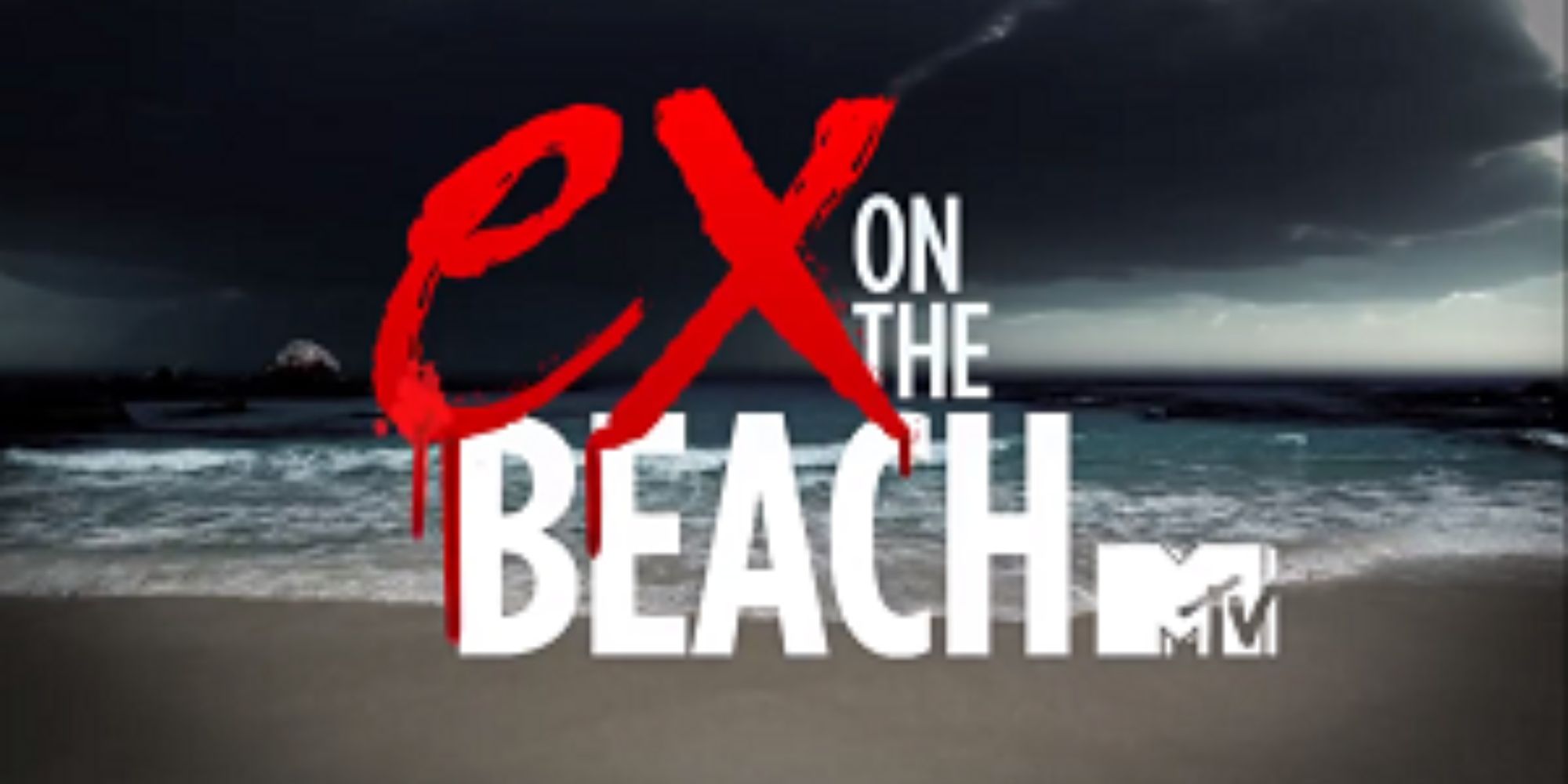 The MTV smash, Ex On The Beach, puts a collection of reality stars in beach house for the summer with the intention of finding love. However, the stars are faced with each of their most challenging exes showing up periodically, who are looking to confront them and also find love for themselves. The stars are forced to deal with their past lovers and confront their histories while also attempting to move forward with others.

Ex On The Beach puts an eclectic group of reality stars from a wide spectrum of shows together in a spectacular clash of personality. The addition of the cast members exes is merely the hot fudge on top of the already delectable reality TV sundae. The show allows reality stars to do what reality stars do best, create tons of intensity and drama between one another to the viewer’s delight. Stream on Hulu. 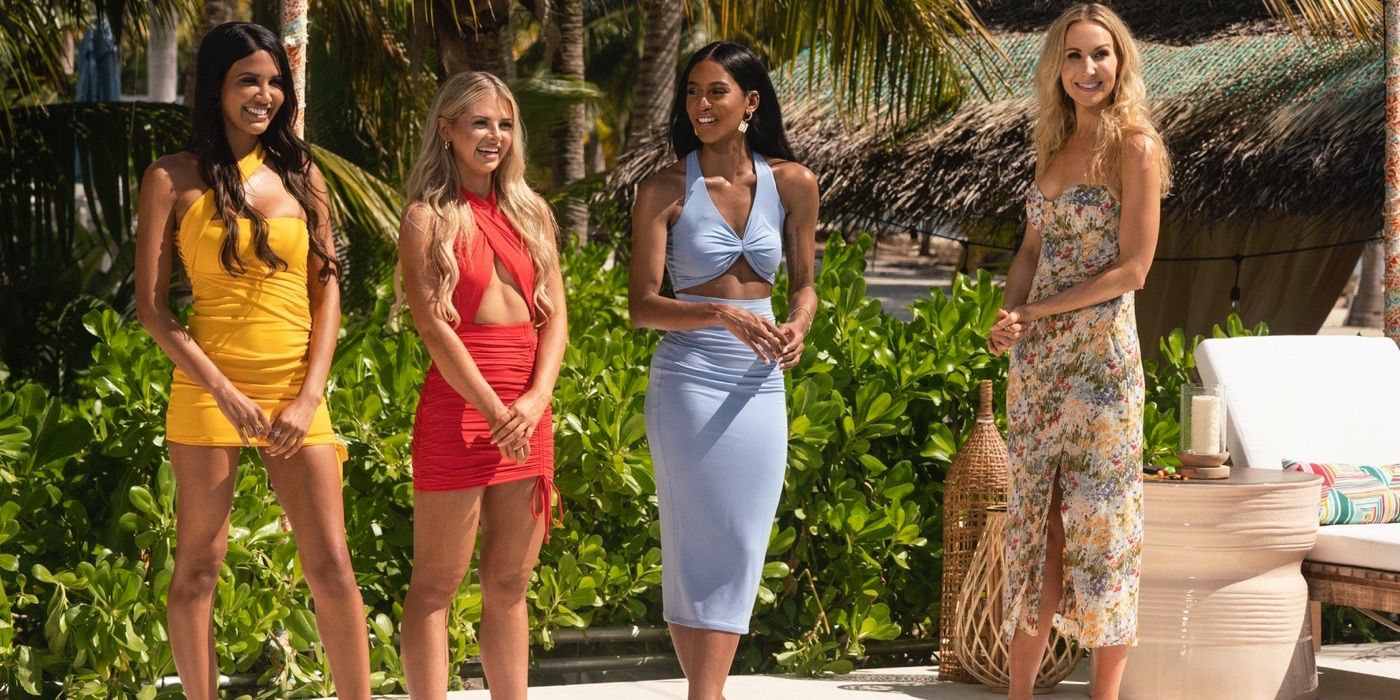 Hosted by Nikki Glaser, FBoy Island gives three single women the chance to date a group of men and decide if they are self-proclaimed “nice guys” or “fboys”. The men compete for the women’s attention throughout the course varies parties and competitions to convince them they are good guys worth dating. Through spending time with the men, the three women must try to guess which ones are “fboys” with the ultimate goal of leaving with a partner.

The show places the power into the hands of the women, who have been unlucky in love, and asks them to deduce out who is interested in a relationship and who is not. While not a particularly progressive reality romance concept, it has lots of good competitive fun. Stream on HBO Max.

Are You The One? 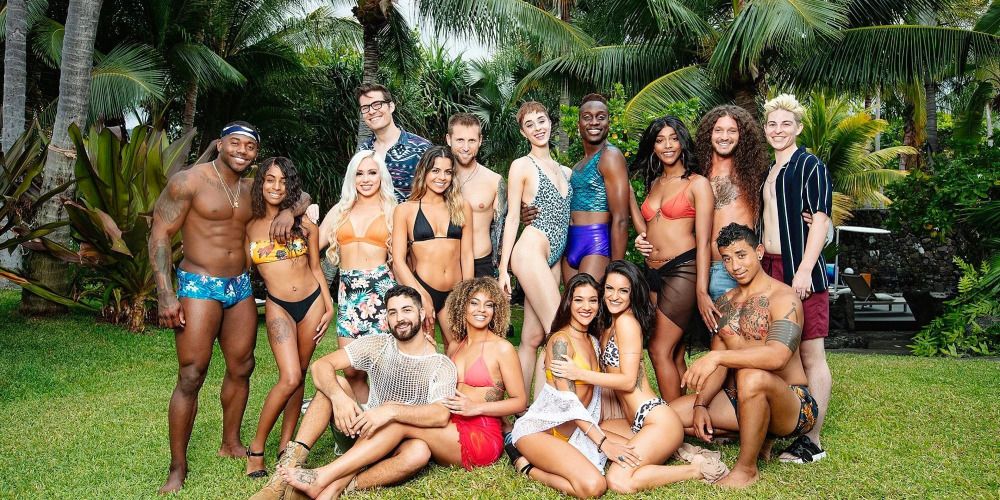 A group of singles is put into a house together where they will undergo challenges and dates in an attempt to find the person they were matched with amongst the other cast members. If everyone has found their correct match by the end of the season the group wins a large sum of money.

Since Are You The One? has been such a long-running success, they have had some different iterations of the show. Most recently expanding beyond matching only straight couples, they show has begun to allow participants across the sexual spectrum. Without the confines of heterosexuality the shows stakes rise as the amount of potential matches increases. Stream on Hulu. 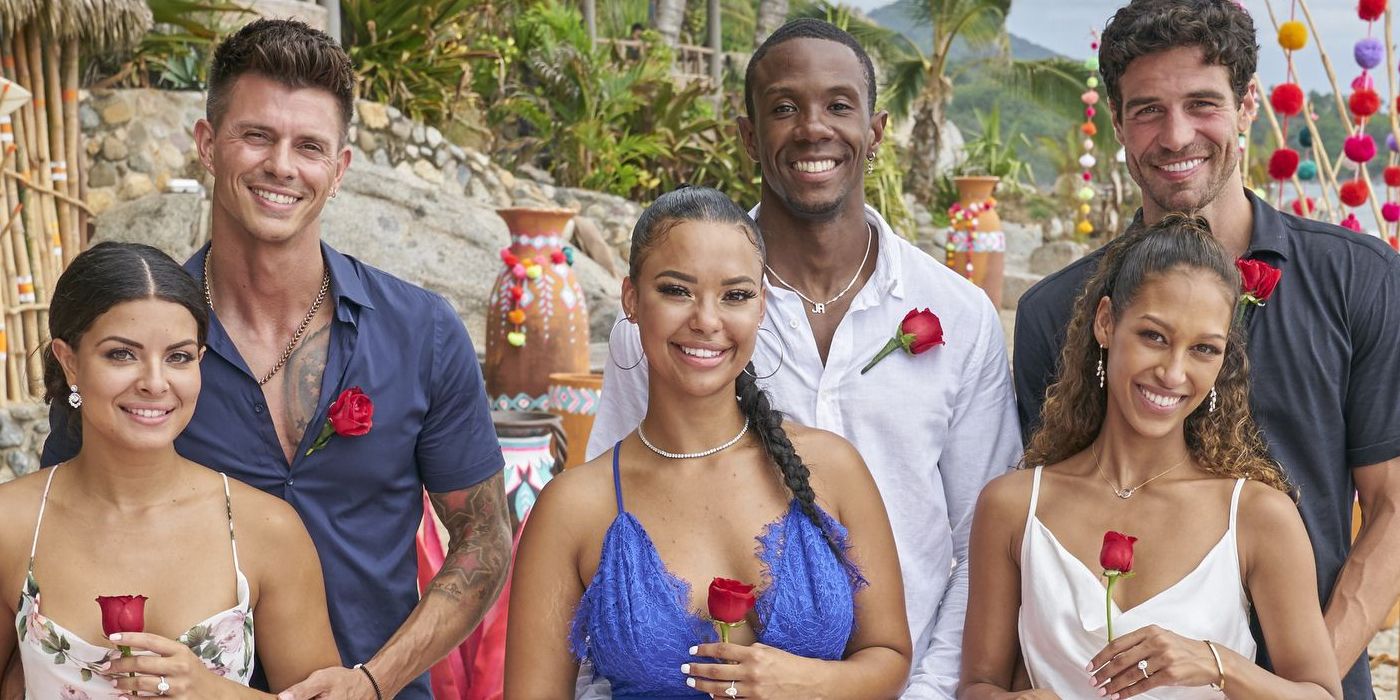 Possibly the best addition to The Bachelor franchise, Bachelor in Paradise brings past cast members together on the beach to find love. The group participates in dates and hang out on the beach all day, cocktails in hand, while a revolving door of former competitors come in to shake it up every week. Each week either the men or women have elimination power, by the end of the episode everyone must be paired off into couples or leave paradise.

The stroke of genius that is Bachelor in Paradise allows for the franchise to bring back the most exciting cast members of seasons past. Villain or hero, everyone has the chance to come to paradise and change their narrative. Stream on Hulu.

My Mom, Your Dad 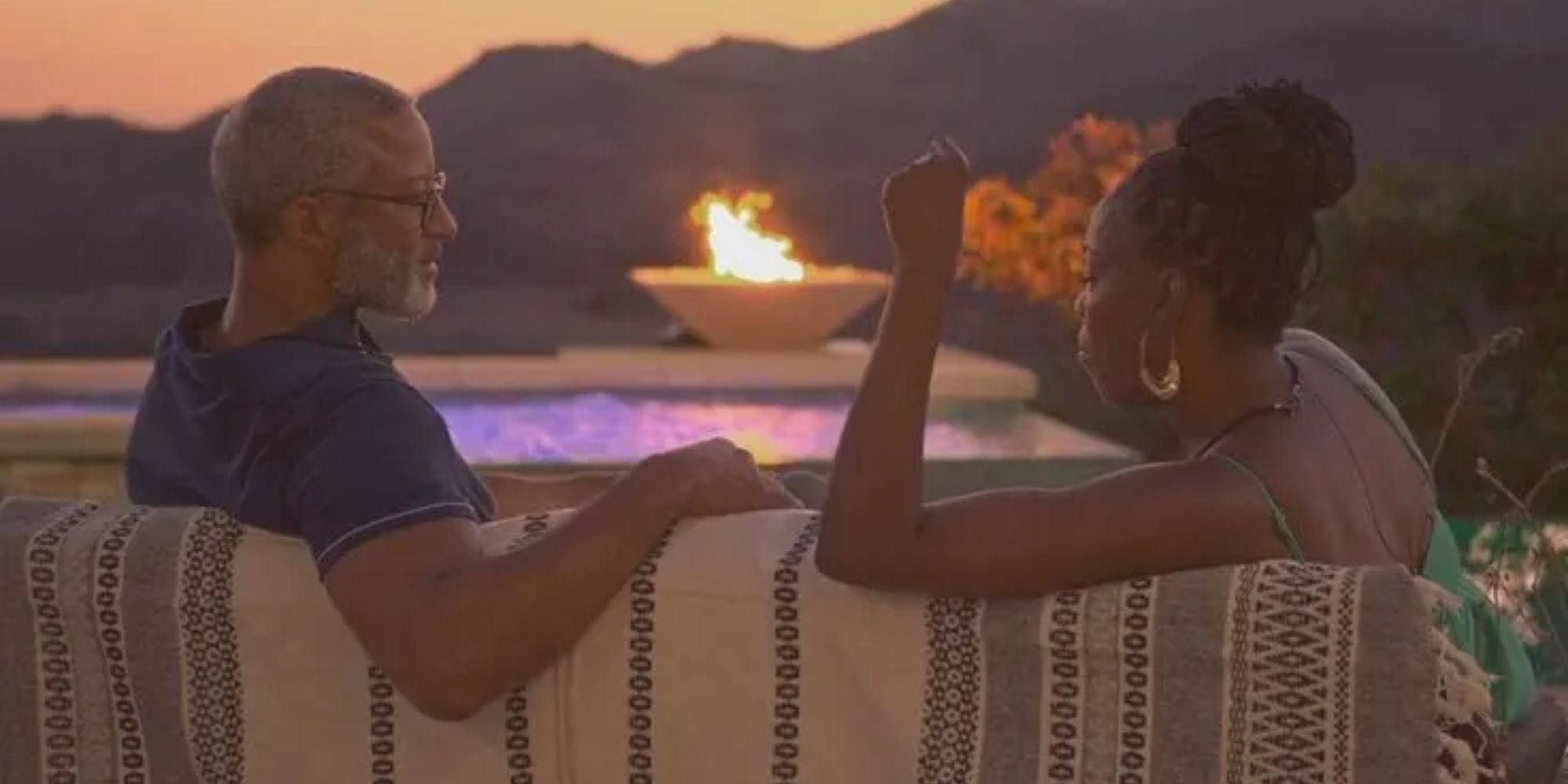 In a heartwarming or bizarre twist on reality romance TV, My Mom, Your Dad has the adult children of single parents bring their parent to a villa in order to live with and date fellow single parents. Unbeknownst to the parents in the villa, their children are in a nearby villa together watching them and interfere with their dates and relationships.

On one hand, My Mom, Your Dad has sweet intentions by nature of the cast being nominated by their kids who only want them to be happy. On the other however, the show bizarrely oversteps by allowing their children a peek into their love lives and gives them opportunity to intervene without the parents’ knowledge. Regardless, the show is full of twists and turns while putting a spotlight on single parents getting back in the game and focusing on themselves and their own love lives for a change. Stream on YouTubeTV.

NEXT: Feel-Good Reality Shows, From ‘Rupaul’ to ‘Queer Eye’, And Everything In Between