Fans are thrilled about the release of Stranger Things season 4 volume 2, following the success of volume 1, and there is a lot of excitement over Vecna’s incredible and unanticipated backstory and the fantastic, brave and intelligent characters (not to mention Kate Bush’s ‘Running Up That Hill’).

While some characters are more obviously helpful in taking on the evil forces at work in Hawkins, Steve definitely plays his part. He is not renowned for being smart yet is so often undermined because his peers still remember him as the vain, popular kid at school. But fans of the show know that Steve is actually highly intelligent, just in a slightly different way to his peers.

Steve To His ‘Popular’ Friends

“Carol, For Once In Your Life, Shut Your Damn Mouth!”

When Steve is first introduced in season 1, he is Nancy’s love interest from the ‘popular’ clique at high school. When she becomes close with Jonathan, Steve is upset because he has feelings for Nancy. He gets in a fight with Jonathan and his friend spray paints something nasty about Nancy on a board at the cinema.

However, this is a turning point for Steve, proving he has the best character arc in Stranger Things. He is smart about the situation, and disconnects from the nasty friendship group, standing up to them. As a result, he ends up becoming a key member of the wholesome, core Stranger Things friendship group that fans know and love.

Having cut ties with his previous friendship group, Steve goes about taking responsibility for his actions and tries to make up for what he has done. Before apologizing to Nancy (and getting caught up in the dangerous, supernatural events in Hawkins), Steve goes to the cinema and asks to help remove the spraypainted message about her.

It takes intelligence to reflect on one’s own behavior and try to do better. In this instance, Steve takes accountability for his mistakes and works out how he might make them better. This is not reflective of typical academic intelligence, but emotional, self-evaluative intelligence.

Steve On How To Find ‘Reefer Rick’

“Bet The Cops Know The Last Name. I Mean, Listen, If This Reefer Rick Is Actually A Drug Dealer, I Can Guarantee You He’s Been Busted At Some Point. Means He’s In The System.”

When Eddie witnesses the strange death of a classmate in season 4 of this creepy horror TV series, almost everyone in town thinks he must be guilty of the murder. Max and Dustin, in an attempt to find Eddie, remember the nickname of a contact of Eddie’s but do not know how to find him.

Although Eddie does turn out to be innocent, Steve is the only one in the group who is really willing to consider the possibility that he is guilty. Additionally, before it becomes clear that the death had supernatural causes, Steve is the only one who suggests it might be good for the cops to know, and that they could help in finding Eddie.

Steve On Safety And Relationships

“So, Let Me Get This Straight. You’ve Kept Something You Knew To Be Potentially Dangerous In Order To … Impress A Girl You’ve Just Met?”

When Steve and Dustin initially begin to develop a bond (which eventually turns into a fully-fledged friendship), Dustin explains that he has kept an “interdimensional slug” because he wants to impress a girl. Steve ends up offering some heartfelt advice.

Here, Steve takes on a mentor role and draws attention to the safety risk. Steve goes on to explain that Dustin shouldn’t need to try so hard to find someone who cares about him. He shows his intelligence by helping Dustin remember his worth without “interdimensional slug[s]”.

Steve To Eddie On Self-Kindness

“Give Yourself A Break, Man.”

Things between Eddie and Steve are fairly rocky at first, as both are jealous of the other’s friendship with Dustin, ultimately resulting in some of the funniest quotes in Stranger Things Season 4 Vol 1. However, when the pair find themselves in the Upside Down together, they begin to find common ground. Eddie speaks about how he just runs away from everything, but Steve offers some kind words.

While Steve is known for being lighthearted and funny, he has moments of true sincerity. Steve identifies that Eddie is being self-deprecating. He sees everyone else in the gang as brave and is upset with himself for not demonstrating the same courage. Steve uses his emotional intelligence to offer simple words of comfort to Eddie, despite the pair not being close.

Steve On Directions To Skull Rock

“Dude, I’m Telling You, You’re Taking Us The Wrong Way … You Do Realize Skull Rock, It’s A Super Popular Make-Out Spot? … Yeah, Well, It Wasn’t Popular Until I Made It Popular. All Right? I Practically Invented It. We’re Heading In The Wrong Direction … Stop Whining. Let’s Go. Trust Me. “

When the gang head to Skull Rock to find Eddie, Dustin leads the group north using a compass. However, despite Dustin’s confidence, Steve asserts that they are going in the wrong direction and persuades them to follow him. Indeed, he is right to do so, as it turns out the electromagnetic field of the gate in Lover’s Lake was affecting the compass.

RELATED: 9 Movies Guaranteed To Give You The Same ’80s Nostalgia As Stranger Things

While it would have been easy to follow a determined and strong-willed Dustin, Steve is good enough with directions to have confidence in his own abilities to make sure the gang finds Eddie. Without Steve, they may not have found Eddie before the cops.

Steve On Being Popular

“If It Makes You Feel Any Better, Having All Those Things Isn’t All That Great. Seriously. It Just Baffles Me, Everything That People Tell You Is Important, Everything People Say You Should Care About, It’s All Just B *** ****. “

When Robin confesses that she wants more than anything to be popular, despite seeming to embrace her quirky personality, Steve reminisces about what his experience of this was actually like.

This definitely requires intelligence. Steve introspectively considers what he valued when he was popular and considers why it was so important to him to be liked and admired at school. He now recognizes that it was all for nothing. Having experienced numerous situations of literal life and death, Steve has learned what’s really important and strengthened his relationship with Robin as a result, which is one of the best friendships in Stranger Things season 4 Vol. 1.

Steve To Robin When She Comes Out

In one of the most simultaneously heartwarming and heartbreaking moments in Stranger Things, Steve confesses his feelings for Robin. She explains that she is not romantically interested in him because she is interested in women. She talks about how she liked Tammy Thompson, but Tammy liked Steve.

Despite this moment being heartbreaking for Steve, he recognizes that this is a bigger moment for Robin than it is for him, as she is coming out to him. Instead of dwelling on his own feelings at this moment, he jokes about Tammy Thompson’s singing voice, making Robin laugh after a moment of intense vulnerability for her.

“Somebody’s Gotta Go Down And Check This Thing Out. Unless One Of You Three Can Top Being A Hawkins High Swim Co-Captain And A Certified Lifeguard For Three Years, Then … It’s Gotta Be Me. No Complaints. All Right?”

When the gang finds a gate in the middle of Lover’s Lake, Steve identifies that someone needs to check out what is down there, even if it’s dangerous. Indeed, he finds a gate (and unfortunately gets pulled into it).

It takes intelligence to know one’s own strengths and identify what needs to be done. While most of the characters on Stranger Things are deep thinkers and theorists, Steve is one to take action when no one else knows what to do. Although it may be scary, he’s logical about the situation and brave enough to (literally) take the plunge.

Steve On Cracking The Russian Code

“It Sounded Familiar. The Music – The Music Right There At The End.”

When Dustin hears a Russian code on his radio, he goes to Steve for help. Dustin is irritated with Steve when he focuses on the music rather than the Russian, but it turns out Steve was actually on the right track.

Later, when Dustin, Steve, and Robin walk through the Starcourt Mall, Steve realizes the music on the recording came from a ride at the mall, meaning the code was recorded in the mall. Both Dustin and Robin underestimated how helpful Steve would be and yet, Steve deciphered some incredibly important information.

NEXT: 10 Memes That Perfectly Sum Up Stranger Things Series 4 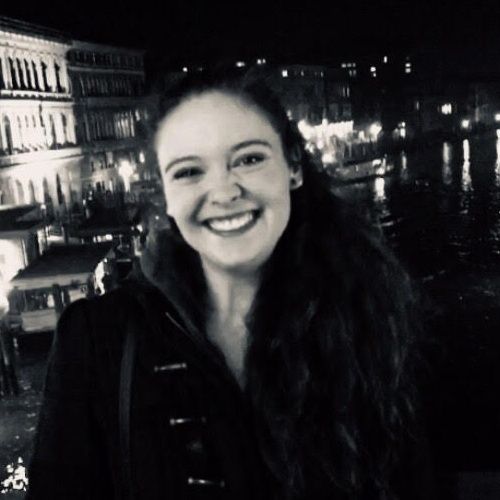 Alongside her role as TV & Movies List Writer at SR, Ellen Greenstone is a psychology student and Psychology Project Worker. She has previous experience of public relations and working in the charity sector. Having lived in a quaint village in the English countryside for a number of years, she now lives in London. Ellen has long been banned by her friends from predicting the storylines and plot twists of movies and TV series, having done so “annoyingly accurately” far too many times before. Having grown up on a combination of popular sit-coms like FRIENDS, Fraiser and How I Met Your Mother and celebrated sci-fi series, such as Buffy The Vampire Slayer, she is still an avid horror and sci-fi enthusiast (and is currently completely obsessed with Stranger Things) but also finds guilty pleasure in watching teen dramas (and is not so secretly obsessed with Riverdale). Ellen particularly enjoys writing about stand-out quotes, intriguing characters and commonalities between shows, but really just loves delving into all things TV and movies.