Disney has always given children and adults some wonderment to look forward to. Even though the world might seem bleak at times, a little Disney magic can work wonders. Not only are the animated features made (sometimes ostensibly) for children, some of them are certainly aimed for adults as well. When watching Disney films from your childhood as an adult, fans are able to connect differently to the story.

Some Disney films are just made for an older audience because of the emotional depth that the script brings. The messages in some Disney films do not necessarily connect with children because they do not understand certain themes yet like grief, love or family issues. Disney films often have adults crying because they’re processing the mature emotions of certain characters.

When Inside Out was released it became such an important film for everyone and was critically acclaimed. Sometimes it can be difficult to express your emotions, at any age, and director Pete Docter explores that through animation. A young girl named Riley (Kaitlyn Dias) has to move to a different city because of her parents.

Related Link: Every Pixar Movie Ranked from Worst to Best

During this transition, her emotions get the best of her, and she does not know how to explain how she’s feeling. Docter takes the audience into her mind and shows that every human has a motherboard for their emotions. There are five emotions that are used: Joy (Amy Poehler), Sadness (Phyllis Smith), Disgust (Mindy Kaling), Fear (Bill Hader), and Anger (Lewis Black) It does explain emotional expression to young children, but the emotional depth in Inside Out hit many adults even more. 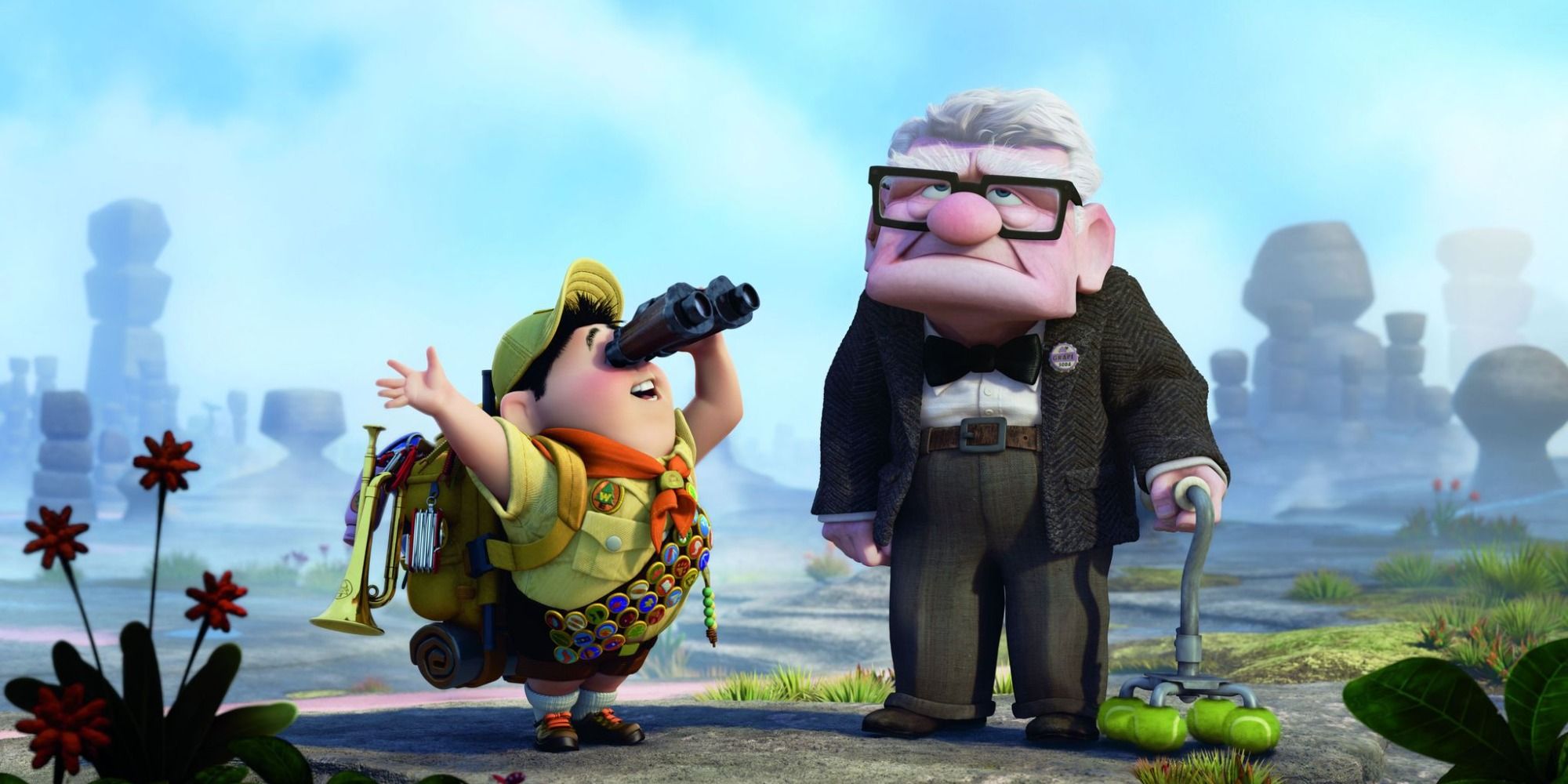 Another Pete Docter film that had more of an adult focus is Up. Within the first five minutes of this film, Docter had the audience weeping during one of the most heartbreaking montages ever. Carl (Ed Asner) and his wife Ellie had grown up together seeking adventure.

They got married, shared a wonderful life, and then Ellie got sick. Michael Giacchino’s score elevated the montage entirely and had adults connect with the theme of grief. Though some children could perhaps comprehend that Ellie died, adults, especially those who are married, felt the loss differently. 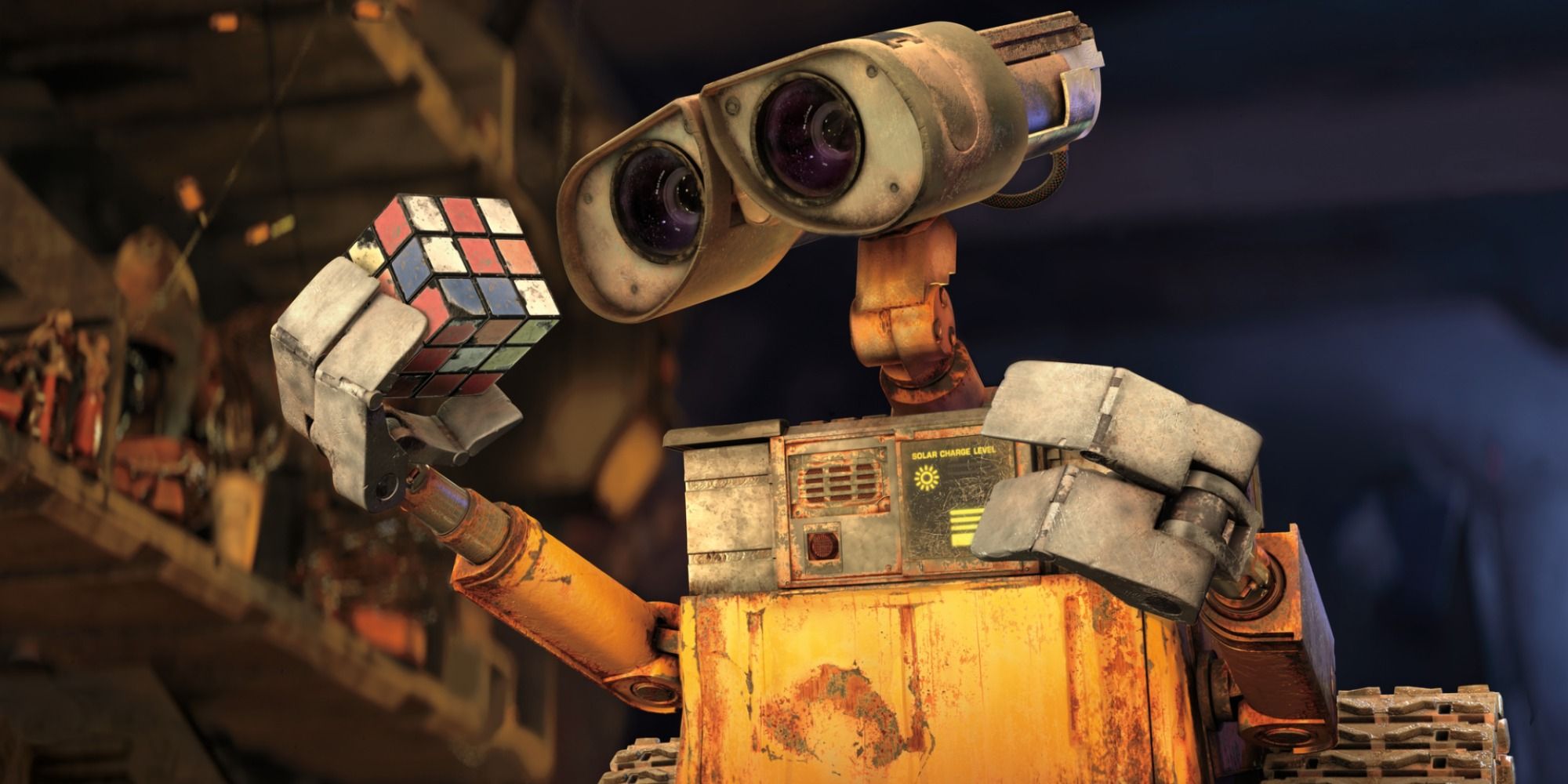 For the past decade, climate change has been a central focus for many people. Whether people have been recycling, walking or cycling, or even switching to an electric car, the fight for the planet has been going strong. Even though Wall-E is about a cute little Waste Allocation Load Lifter Earth-class robot, traveling the galaxy for a girl robot named Eva, there are many layers to this feature that adults will understand.

It came out in 2008, and predicted that humans would eventually be dependent on technology. Flash forward to the present day, and it wasn’t that far-fetched. Wall-E did win an Academy Award for Best Animated Feature. However, the storyline and the emotional connection to the robot, often told without dialogue, warranted a Best Picture nomination as well. 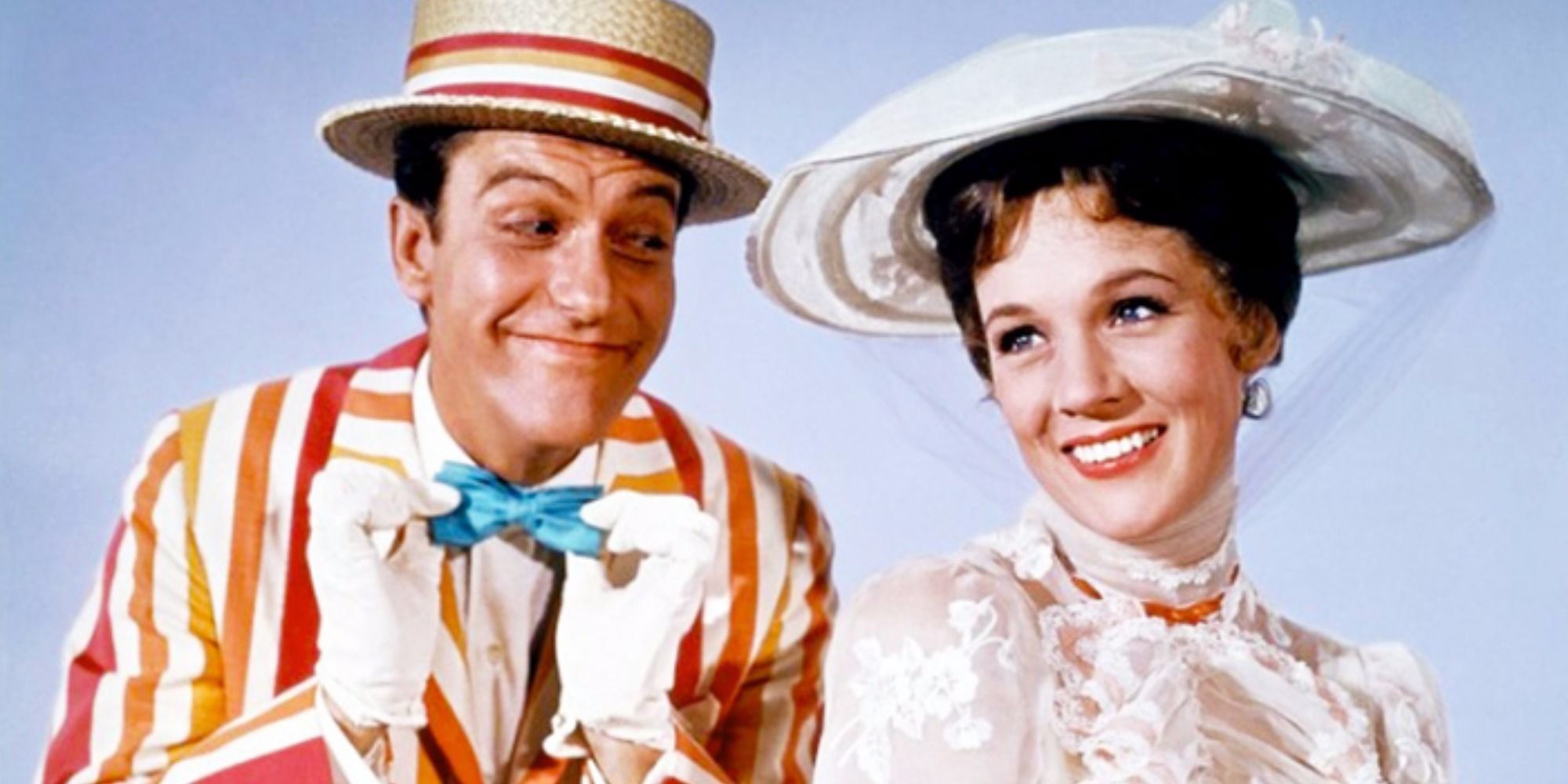 In 1964, Mary Poppins was one of the first films to blend live-action with animation. Everyone knows that she had some magic in her, and Julie Andrews brought this wonderful character to life. The film wasn’t about believing in Poppins, or even Jane (Karen Dotrice) and Michael Banks (Matthew Adam Garber) being watched over by the new nanny.

The central narrative was about their father, George Banks (David Tomlinson), who had been consumed by greed and his career at the bank. Adults understood the financial situation, but many children were blinded by the first half of this film, to understand the true message of reconnecting with your family. 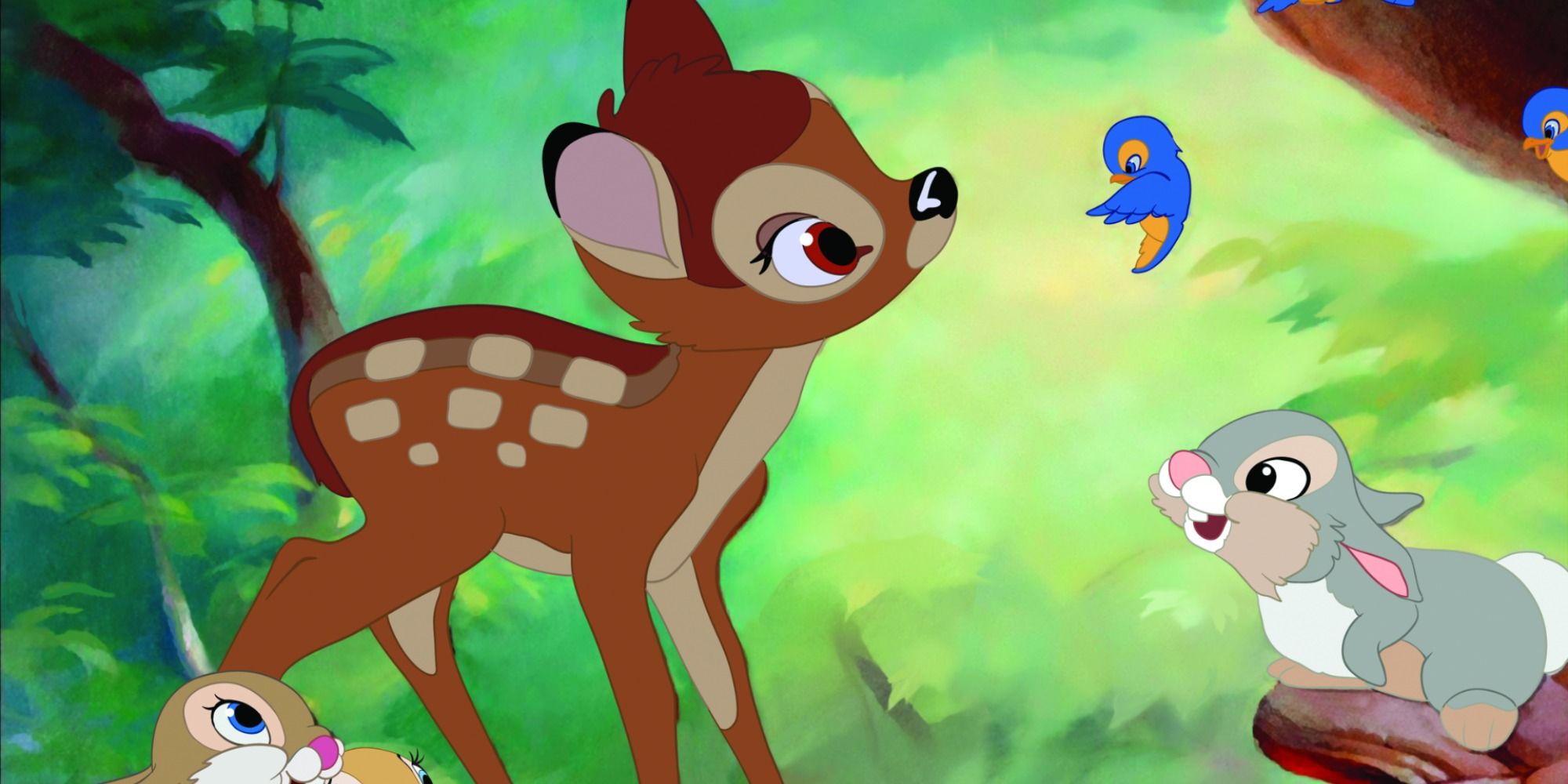 Bambi has always felt like a more adult-themed movie, especially with that infamous early scene. Bambi loses his mother because she had been hunted by men. And Bambi must learn to navigate the world of the forest while knowing that he could be hunted at any minute.

Related: Disney Movies That Got Way Too Dark

Along the way, he meets some friends and goes on his own journey of self-discovery. It’s hard for children to process this at a young age because not only does his mother die, but the film depicts hunters shooting an animal as well. 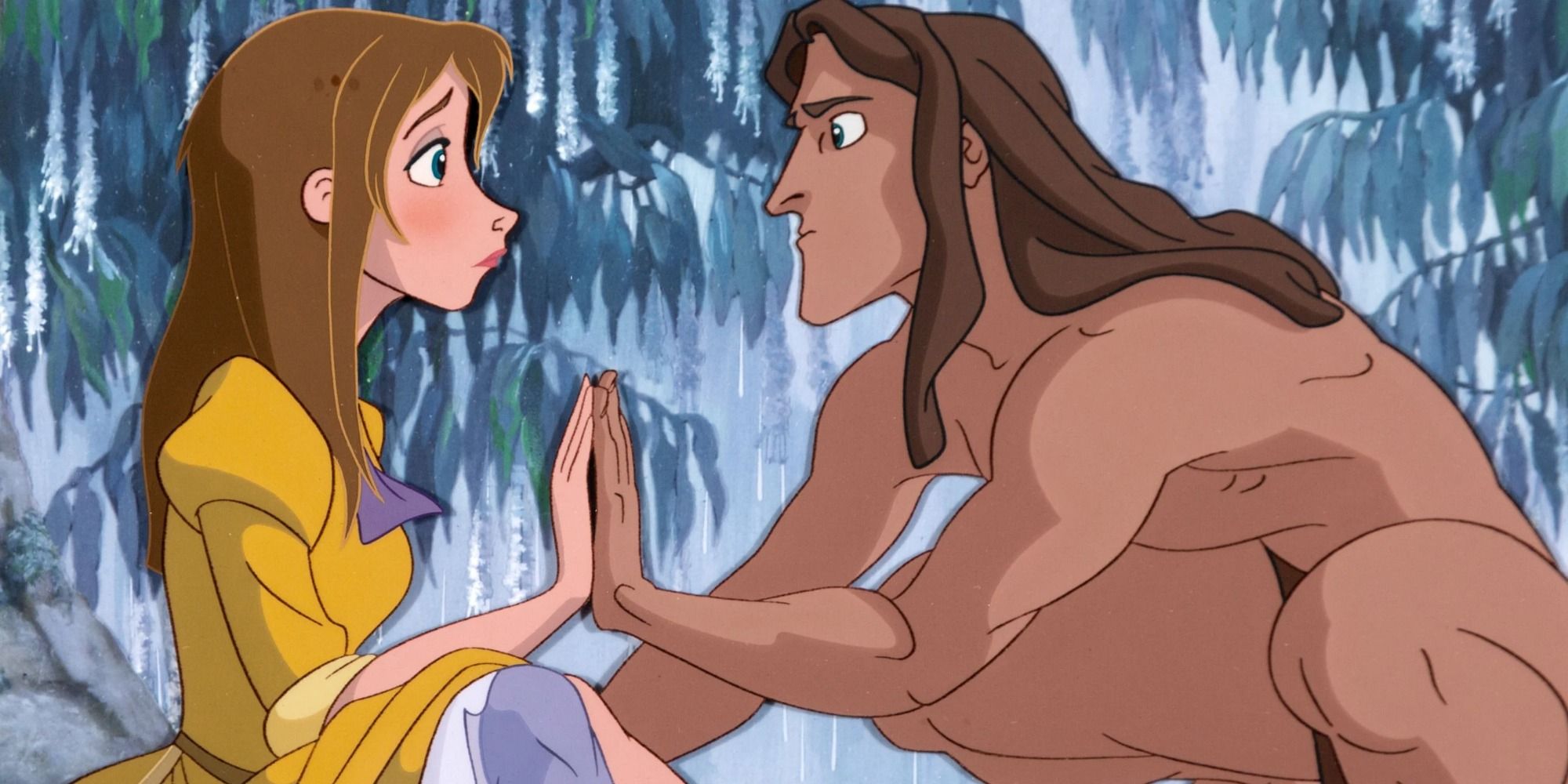 Apart from the incredible soundtrack from Phil Collins, Tarzan did not feel like it was geared to children. As Tarzan (Tony Goldwyn) grew up and became a man in the jungle with the gorillas, the focus shifted to more of an adult theme about family and finding love.

Tarzan becomes conflicted in his decision to rejoin civilization or to stay with his gorilla family who raised him. In this case, adults can connect with him because people may have had to choose between their family and their partner. 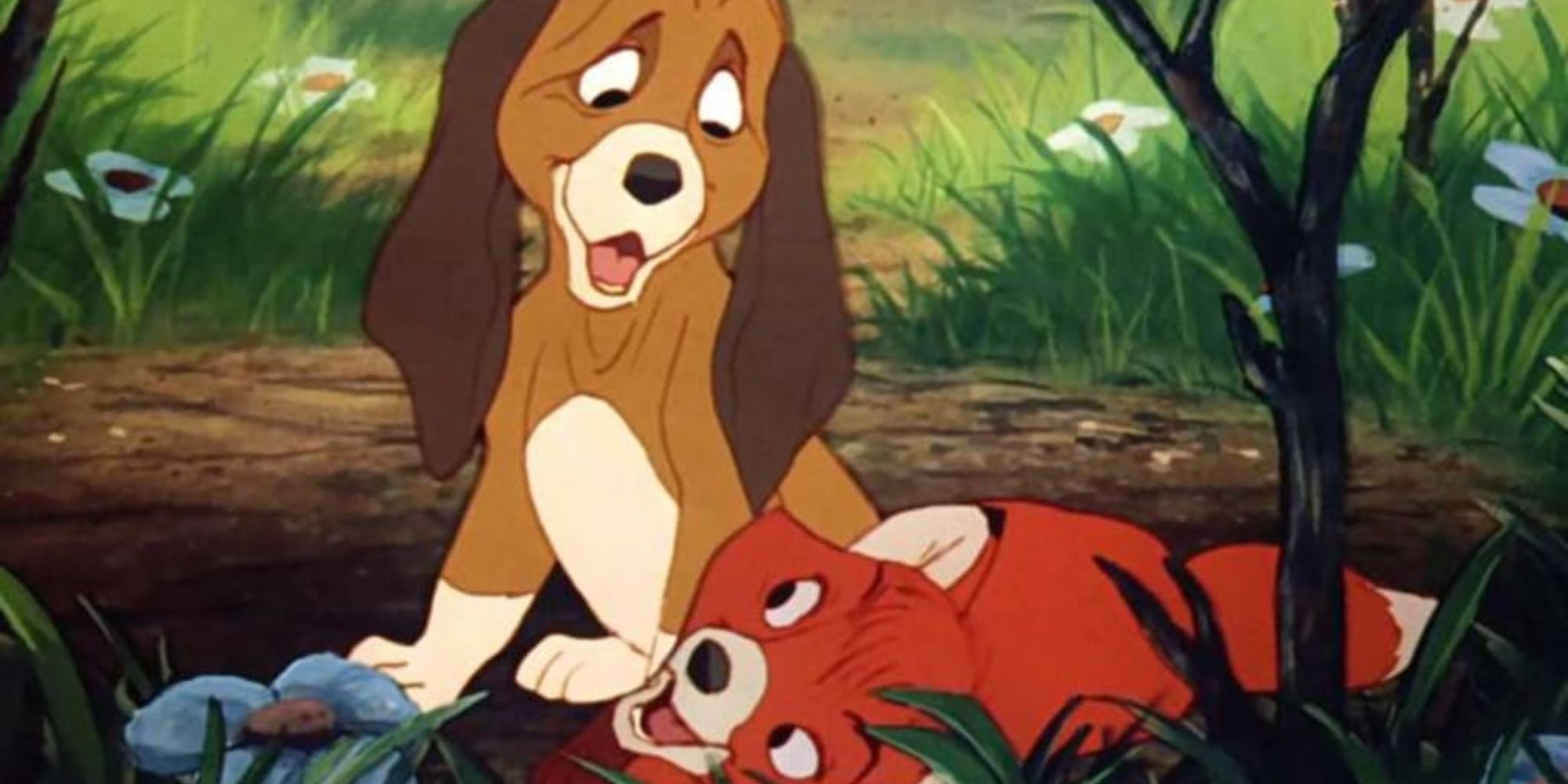 The Fox and the Hound does not get as much love as some other Disney classics. This could be because it’s such a tear-jerker, about losing a special friendship. A little fox named Tod (Mickey Rooney), and a little hound name Copper (Kurt Russell) grew up near each other.

They become buddies and even stir up some trouble together. But as Copper grows into the hunting dog that he is meant to be, their friendship is put to the test. Children do not understand why the two of them can not stay friends, but adults can understand the duty Copper has to his breed and his people. 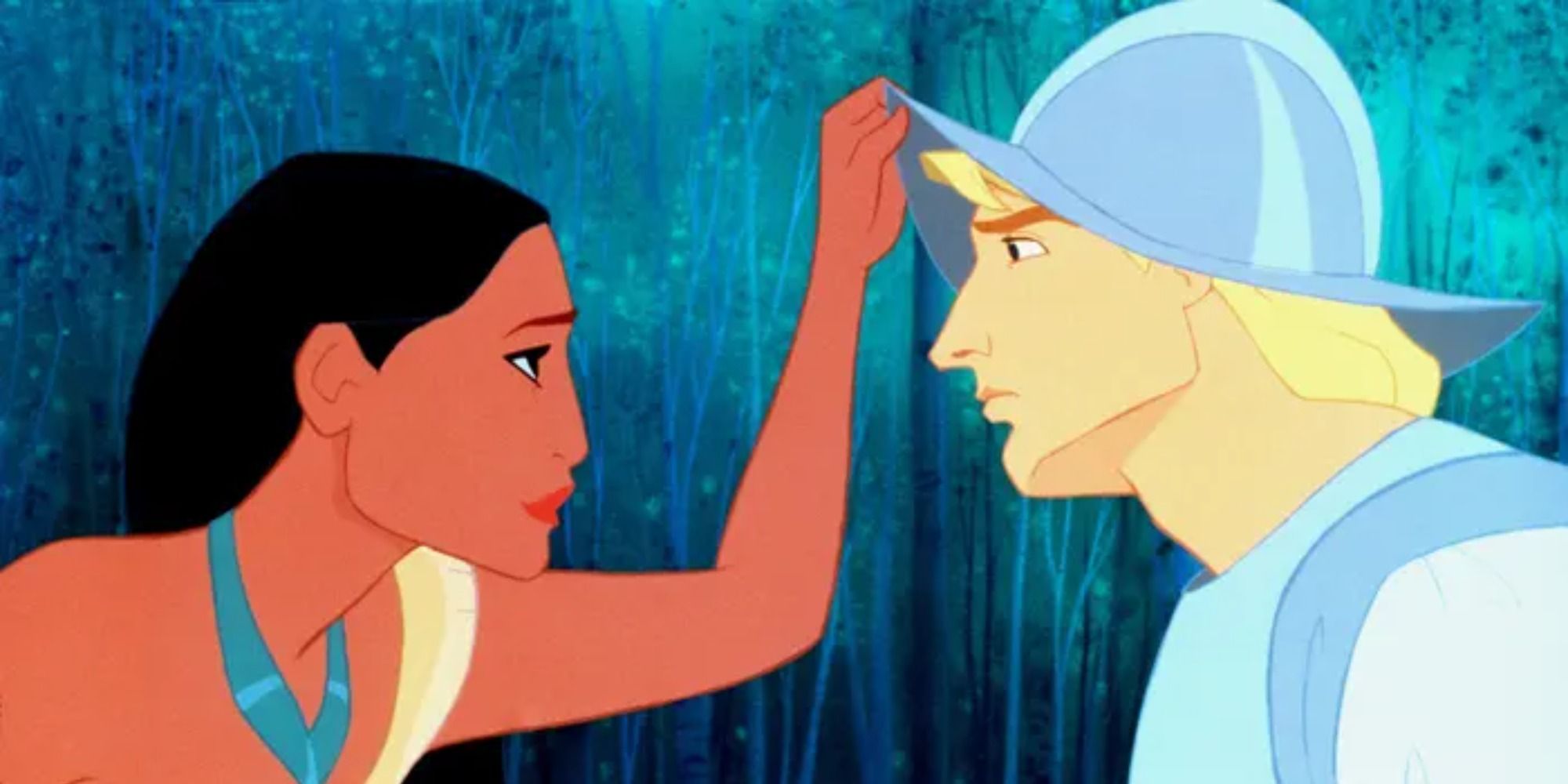 Many have looked at Pocahontas as an important figure in the Disney library because she is the first Native American female character. However, the storyline is perhaps too mature for some children to understand, given the history of the community.

Related: Great Disney Movies Based on Stories That Aren’t Fairytales

The tale of star-crossed lovers has been recycled in many ways, and in this case, Pocahontas (Seong Yujin) falls in love with Captain John Smith (Mel Gibson), whose fellow Englishmen plan to rob the Native Americans of their gold. Adults can understand the struggle between the two, and that’s why many Disney films about romance connect with an older audience. 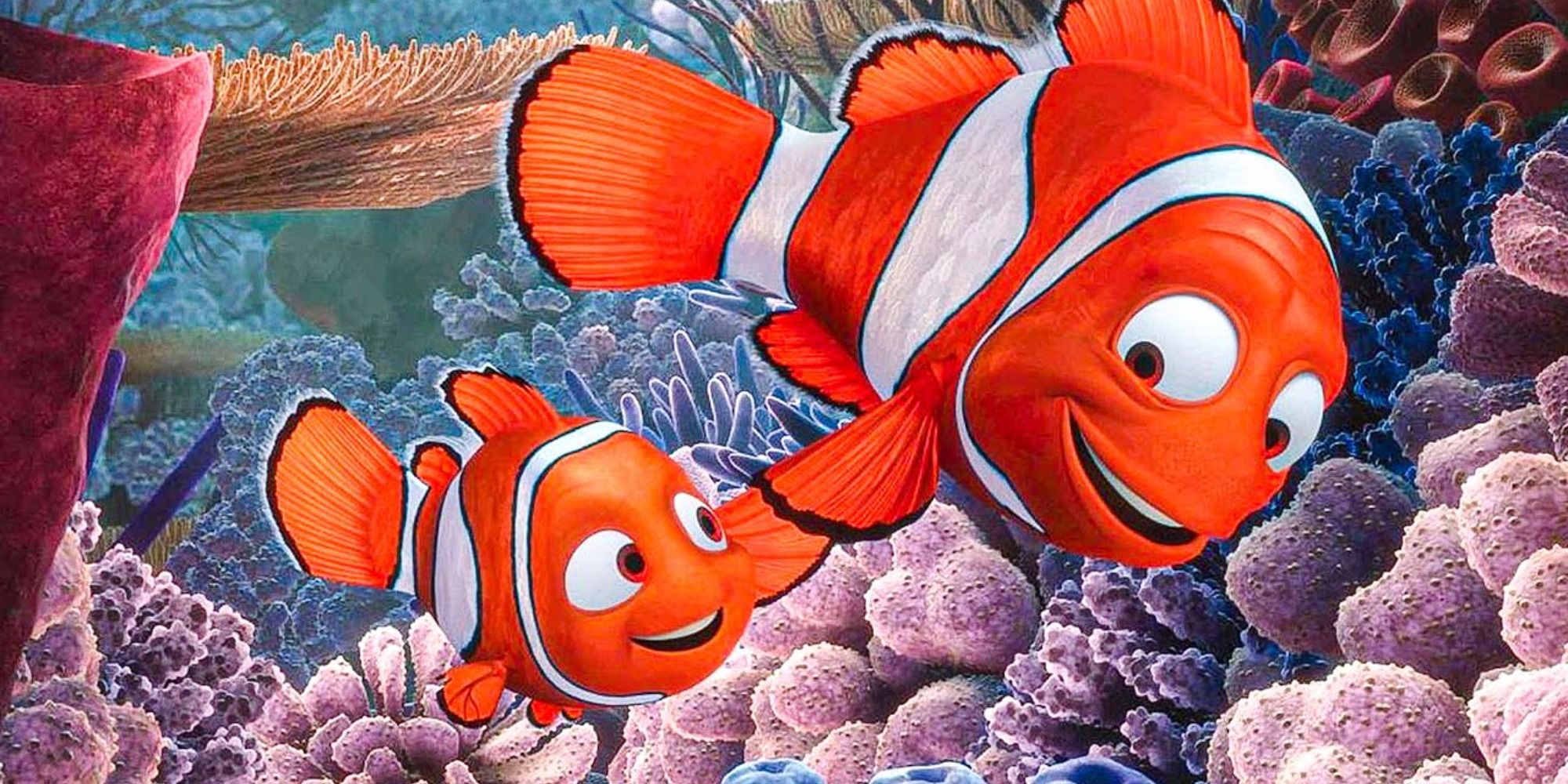 The beginning of Finding Nemo definitely sets the tone for parents more so than children. When Coral (Elizabeth Perkins) and Marlin (Albert Brooks) find their new home, they have a view of the entire ocean. Coral was able to produce 400 eggs, as the new parents hope to welcome their children. A giant barracuda comes out of nowhere and attacks Coral, leaving Marlin to raise the one egg on his own.

After this traumatizing experience, Marlin is overprotective of his son Nemo. When Nemo (Alexander Gould) becomes the rebellious youngster with the rest of his friends, he ends up getting caught by a diver. That wasn’t the chief villain for Nemo, though. Instead, when he gets to the fish tank in the dentist’s office, young Darla becomes the scary one. Losing a child is a parent’s worst nightmare, and it’s a reason why many parents watch this movie with their children, to teach them not to wander off. But, of course, the young ones want to be just like Nemo.

One Disney film that has flown under the radar in recent times is The Hunchback of Notre Dame. Even though there is this wonderful message of loving yourself and accepting who you are, so much more happens in the movie. Quasimodo (Tom Hulche) wants to help his gypsy friend Esmeralda (Demi Moore) from cruel government minister Frollo (Tony Jay).

Related: Most Emotional Disney Movies That Are Worth The Tears

Quasimodo must assert his independence to help Esmeralda. In doing so, he grows as a person and other townspeople take notice. With the help of the court jester, Quasimodo feels like he has a purpose, and he is finally living his life. Some adults can understand the feeling of being underappreciated or hiding in the shadows, so the connection to him is there.Next: Movies To Watch On Disney Plus To Kick Off The Summer