After being such a hit in 1986, Top Gun gained a massive following. Not only did Tony Scott direct one of the best blockbusters ever, but he also brought fun characters to the big screen. After this movie, many actors in the first Top Gun like Tom Cruise, Anthony Edwards, and Val Kilmer became big names.

The three of them had solid careers in the 80s and the 90s because of the success of this classic. Almost three decades later, the love for this movie has grown even stronger. Director Joseph Kosinski’s Top Gun: Maverick is one of the best sequels in recent memory and has kicked off the summer blockbuster season with a bang. Actors like Miles Teller, Glen Powell, and Monica Barbaro all made their characters something special to add to the legacy of the franchise.

When first introduced to Pete “Maverick” Mitchell in Top Gun, he is a cocky fly-boy who is very reckless in the sky. He has his wingman, Goose (Edwards) who is his only family. Together, they share one of the best on-screen bromances.

Maverick is cunning in the air and on the ground, and he is always ready with a sly response if someone challenges him. He is one of those characters who guys want to be and girls want to be with. Tom Cruise has always had this very charming air about him with any character he plays, that allows anyone to connect with him. 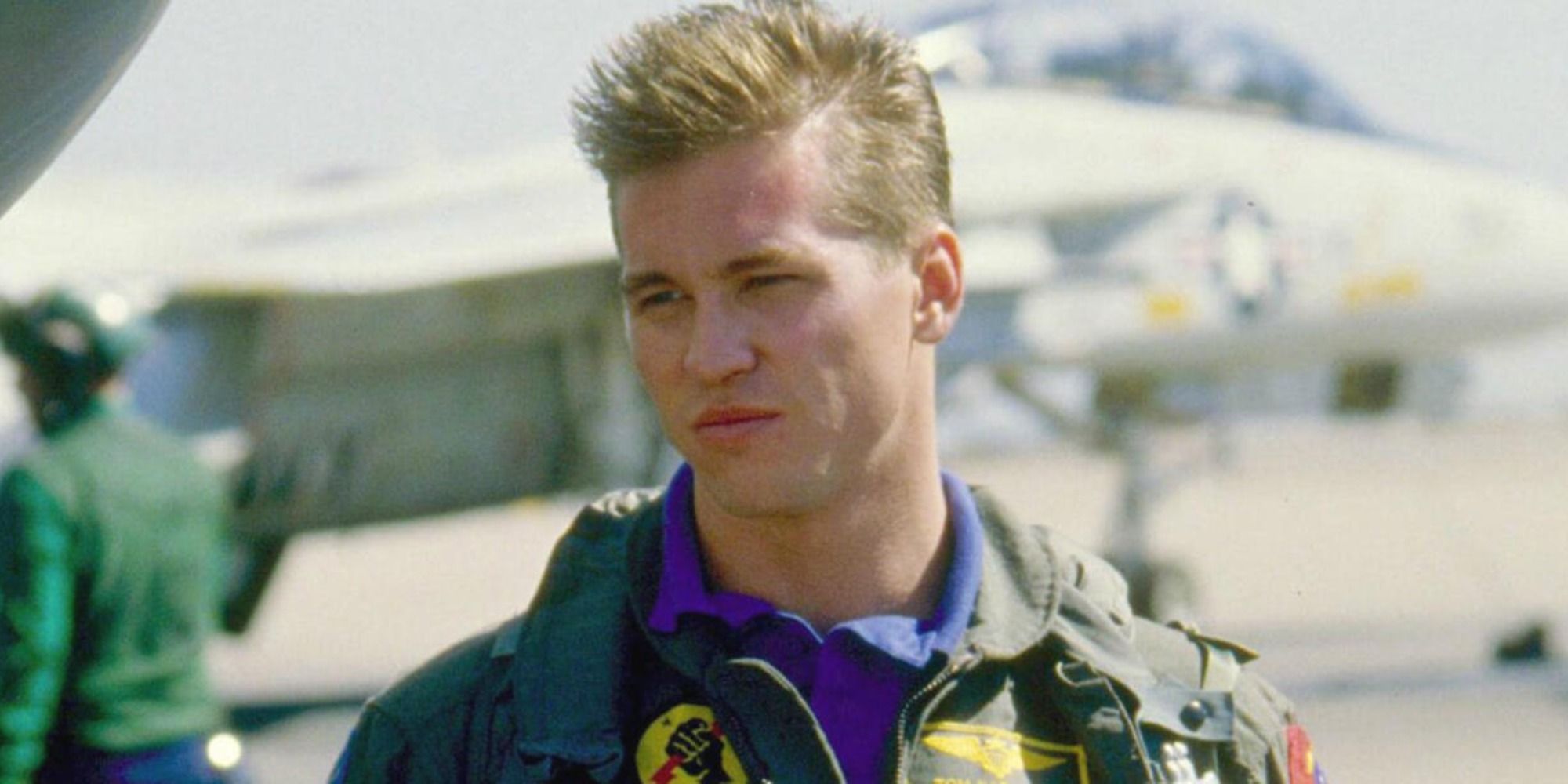 If anyone could counter the star power of Cruise in the 80s, it is Val Kilmer. The character of Tom “Iceman” Kazansky went toe-to-toe with Maverick when they were in “Top Gun” flying school. Every pilot there had to fight to be at the top of their class, and they all had a different way of flying. Iceman was cool as ice in the air, really calculated every move, and went by the book.

That’s why Iceman and Maverick never really got along, and they had great tension during those classes. In Top Gun: Maverick their characters became very close friends and shared some emotional scenesin the sequel. The development of both of their characters individually and together made for an interesting new dynamic. 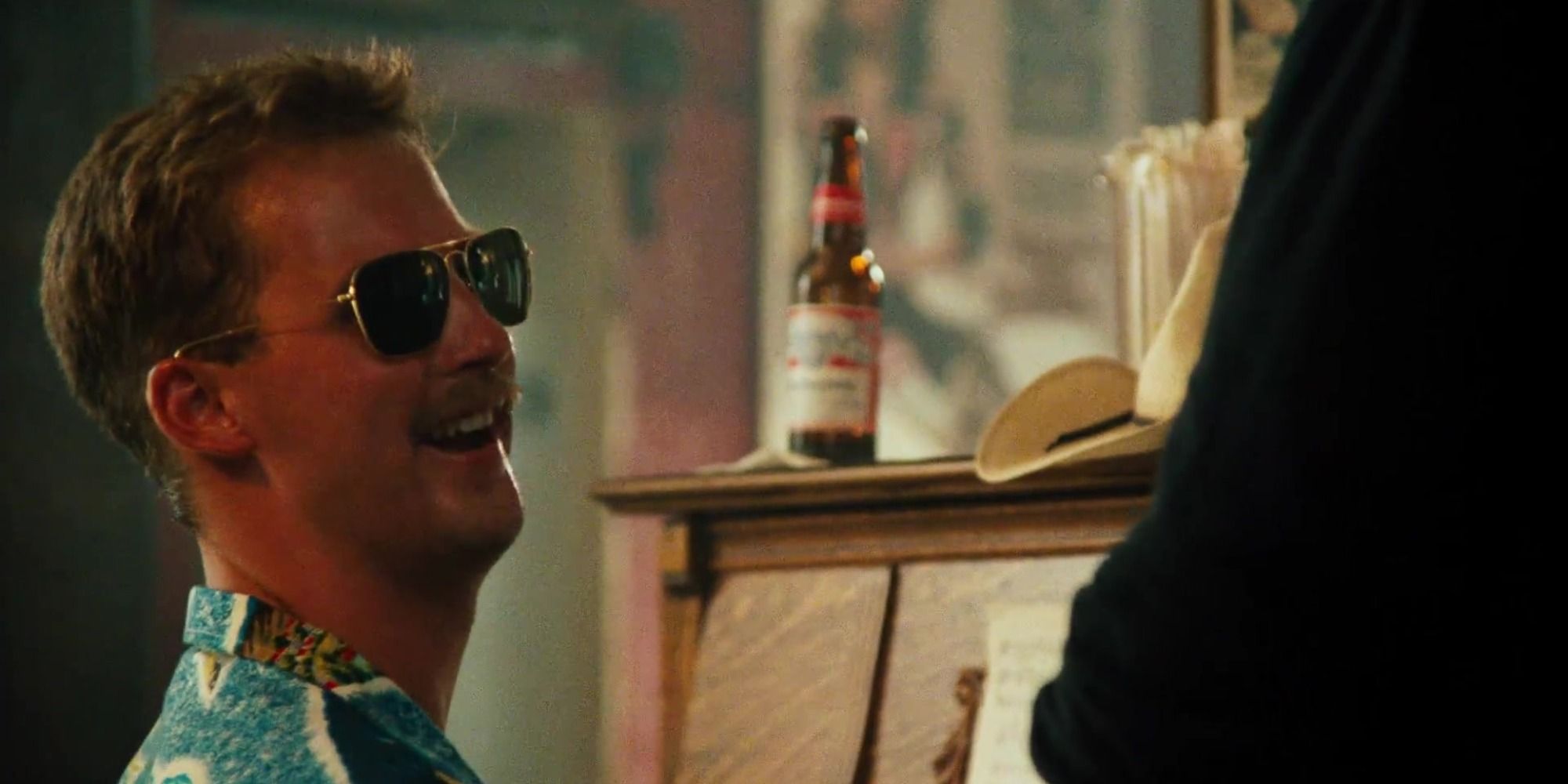 Lieutenant Nick “Goose” Bradshaw (Edwards) became the heart of Top Gun without even meaning to. Sure, his pal Maverick had all the wise-cracking remarks and was a total ladies’ man, but his love for Goose came through. Goose was fun when he needed to be, but also a bit reserved when it came to flying. He is the one who grounded Maverick throughout the first film.

Related Link: Why Top Gun’s Soundtrack Is Its Most Iconic Feature

One of the best moments in the first movie is Goose singing “Great Balls of Fire” at the piano, just to show how fun he was and how he included Maverick in everything. Maverick’s connection with Goose is what carried the first movie and is what made Top Gun: Maverick so emotional. Goose had a family, and under the watch of Maverick, he had died after ejecting during a dogfight. 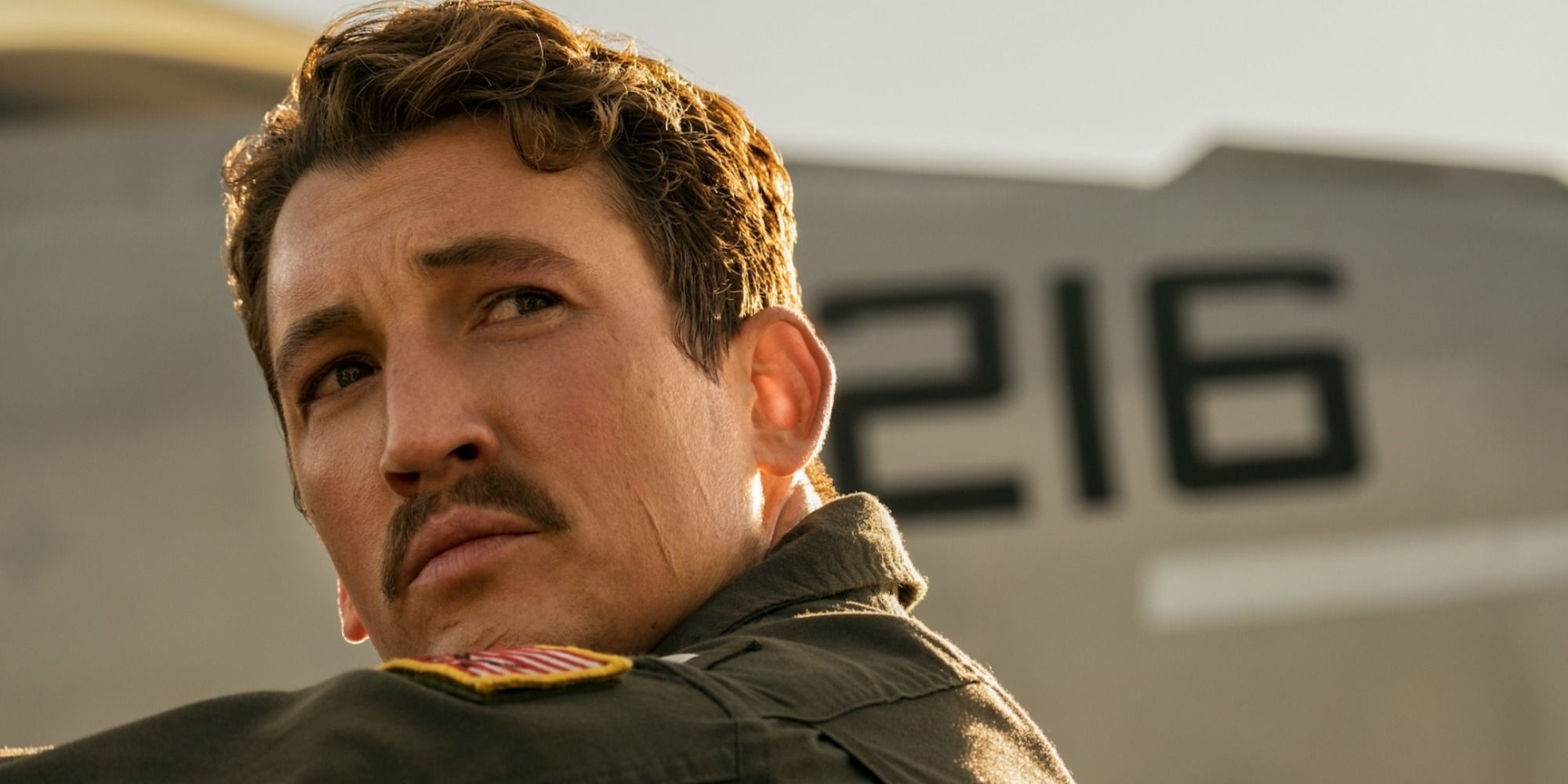 It is time for a new age of pilots to inspire young ones to want to fly high in the sky. And Bradley ‘Rooster’ Bradshaw (Teller) is one of the best pilots in the franchise. Apart from being Goose’s son, Rooster really came into his own in this movie. Despite the fact that Maverick pulled his papers from the academy because he did not want the same fate for his wingman’s son. Teller and Cruise had great chemistry During the screen time they had with each other, which made those emotional beats stronger.

Rooster has such a great backstory that was explored in Top Gun: Maverick and just like his old man, he became the heart of the film because of it. There are plenty of callbacks to Goose in this movie, but Teller looking exactly like Anthony Edwards in certain moments made Rooster someone to look out for. 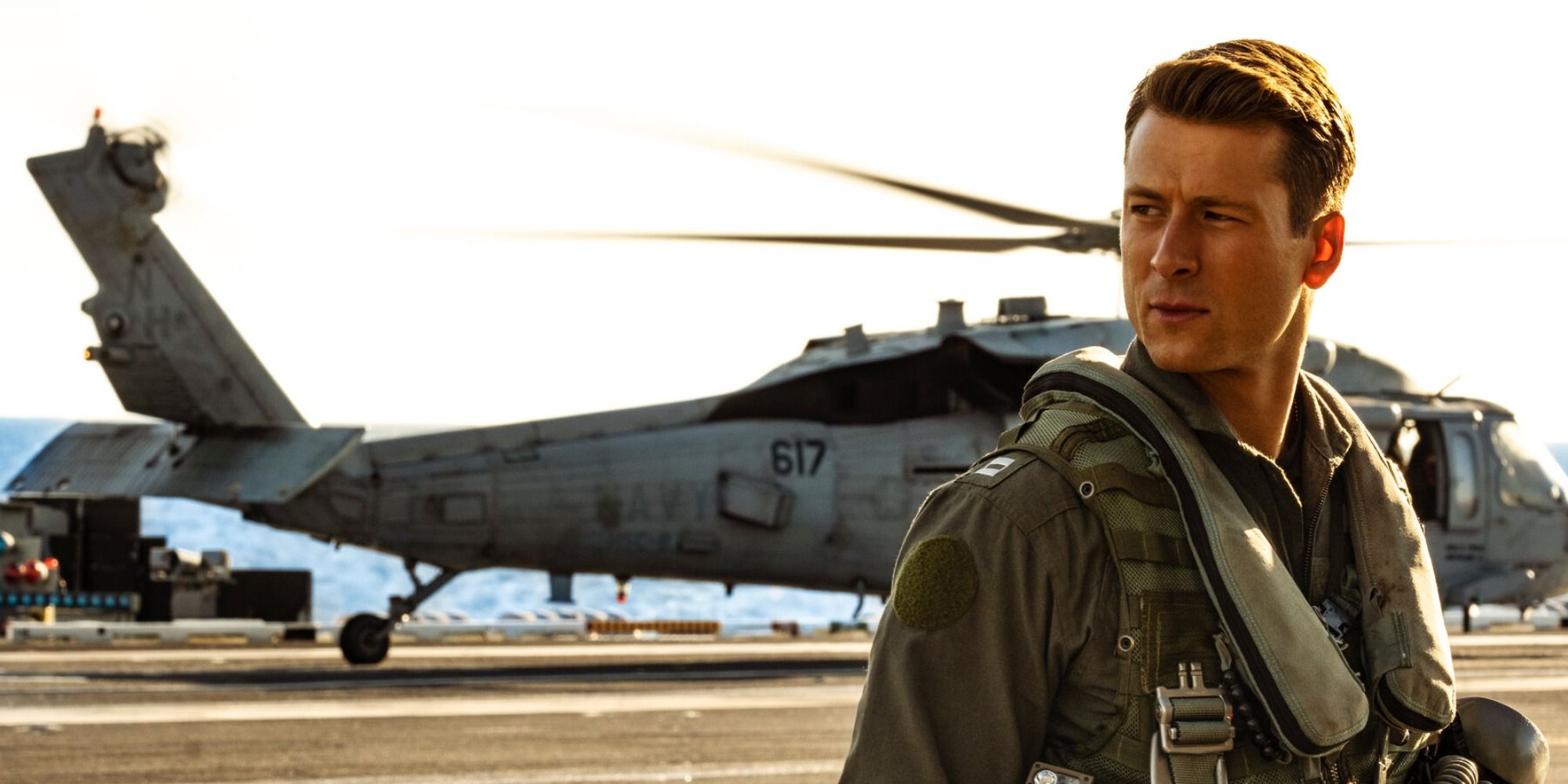 Glen Powell as Jake “Hangman” Seresin is another new character added to the franchise, who is a combination of characters. In a way, Hangman has a bit of Maverick inside him because of his quippy, sarcastic nature, but he is also by the book like Iceman. Powell made this character his own while drawing from the other two icons, who are also in this movie.

Related Link: Glen Powell on Making the Sequel, And the Shirtless Beach Scene

The tension between Hangman and Rooster is the equivalent of Maverick and Iceman in the Top Gun. Much like Iceman, he has a lot of respect for good pilots and eventually understands the meaning of being part of a team in the sky when put in intense situations. Hangman will become a fan-favorite because of the growth he has in this film. 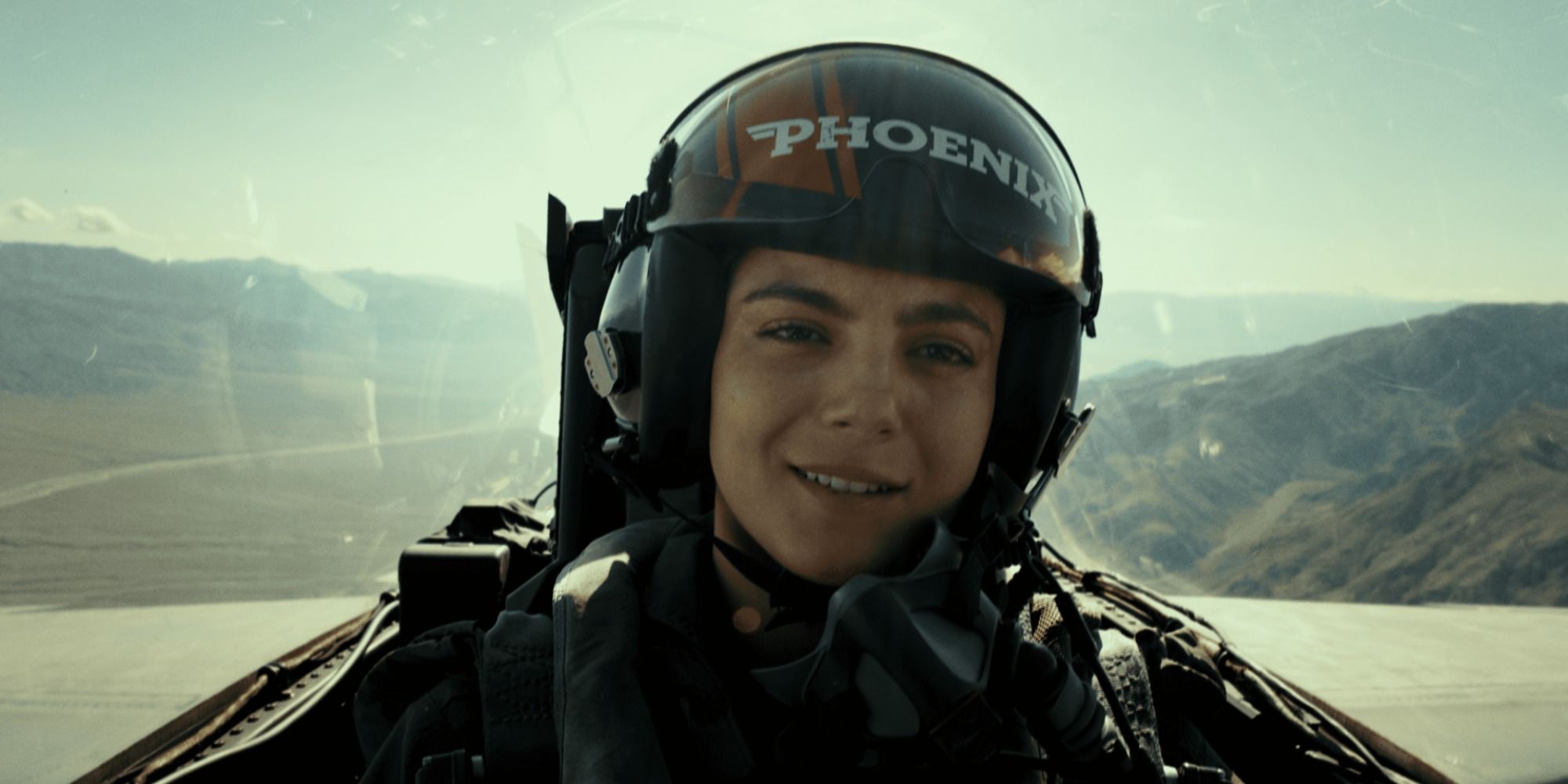 While the Top Gun lacked a diverse cast, the sequel made sure to include everyone in the academy and that’s another reason why it worked. Natasha “Phoenix” Trace (Monica Barbaro) is one of the top pilots in the academy, and it was nice for young girls to see a female pilot on screen. Phoenix fit right in with the rest of them, especially because she already had a solid friendship with Rooster.

She’s a great character because of her sarcastic remarks and the fact that she doesn’t brag about being one of the best pilots. She lets her flying do the talking and Maverick takes notice during the flight practices. Not only is Phoenix great on her own, but when she’s paired with Bob (Lewis Pullman) they make for a fun pair going head-to-head with everyone else because they are considered underdogs. 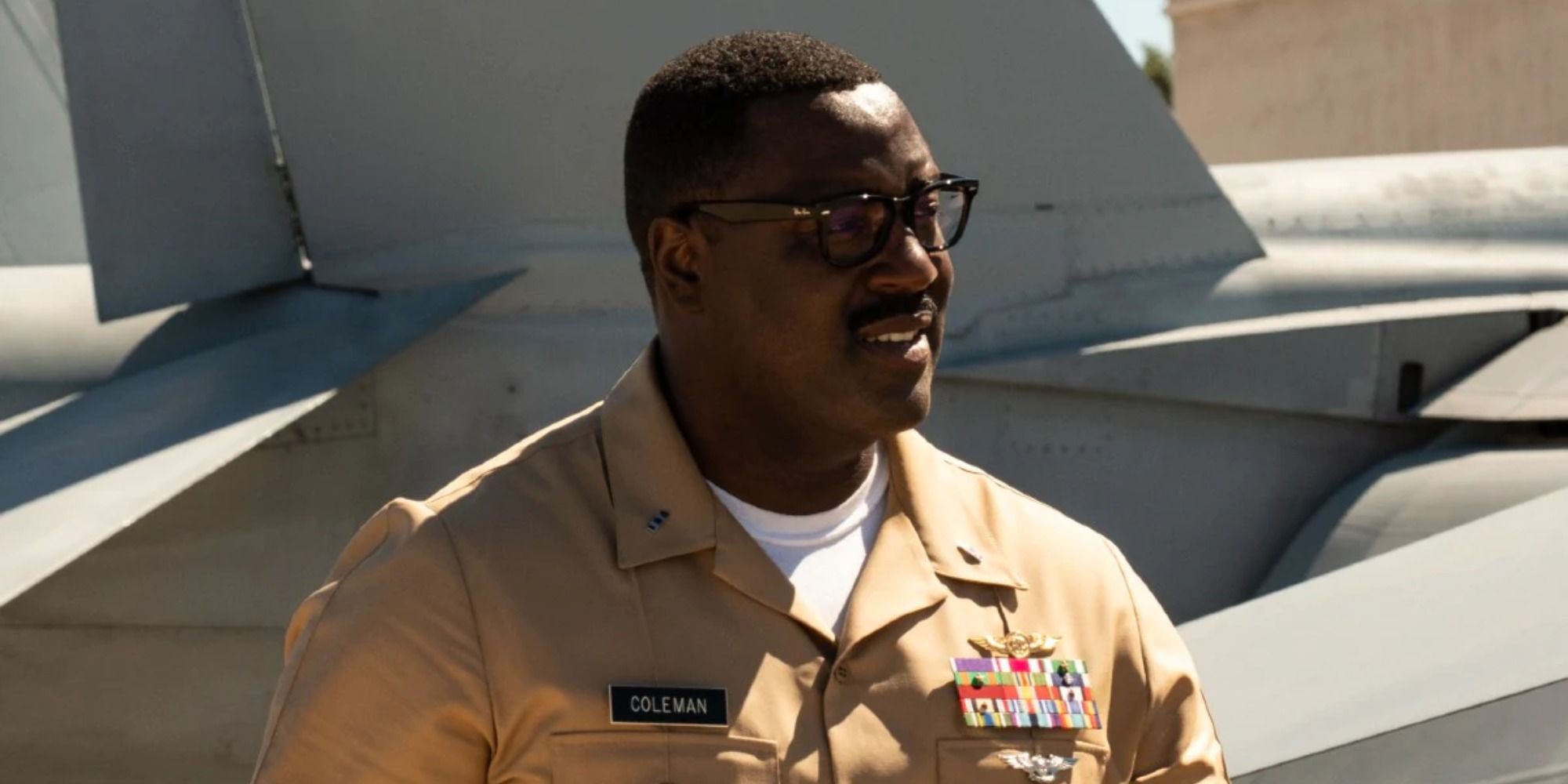 There always has to be that one person who believes in Maverick from the start and knows not to stand in his way. Bernie ‘Hondo’ Coleman (Bashir Salahuddin) had a solid connection with Maverick and fans could tell that they have been working together for a long time.

Coleman knew when to let Maverick do his own thing and also cover for him when the higher-ups were ready to ground him. He is one of those fun-loving characters who bend the rules for a close friend and that is what makes him so much fun to watch in Top Gun: Maverick. 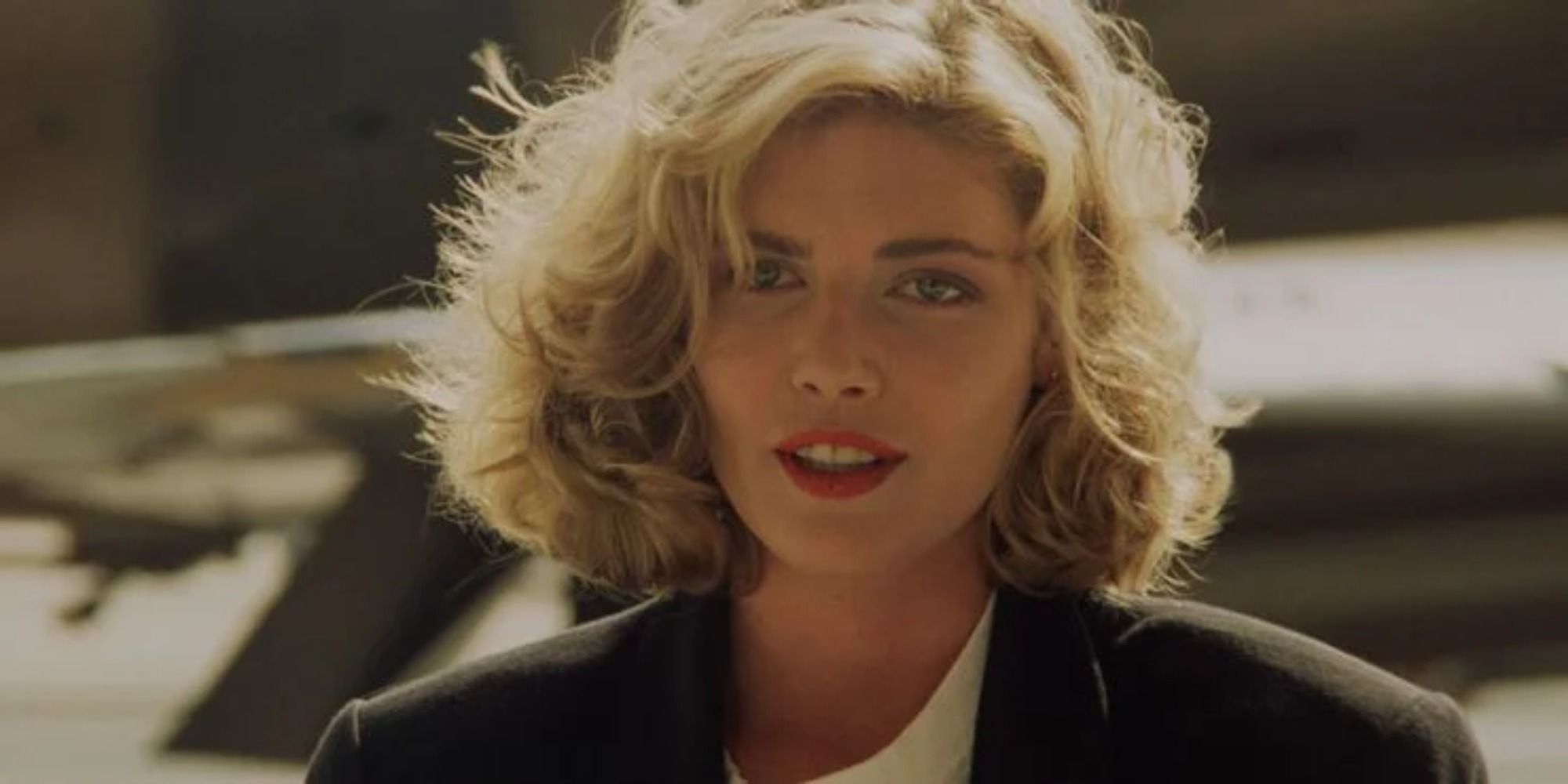 In 1986, Kelly McGillis had everyone falling in love with her because of Top Gun. She was this intelligent, fearless woman who could hang with all the flyboys in the academy. What was so great about Charlie is that she could see right through the fake persona’s of all the pilots, especially when she was at the front of the class teaching.

At the time, it was refreshing to see a woman in a position of authority educate these young pilots. McGillisandCruise ended up having great chemistry, essentially making the teacher / student relationship something fun to watch throughout the movie. 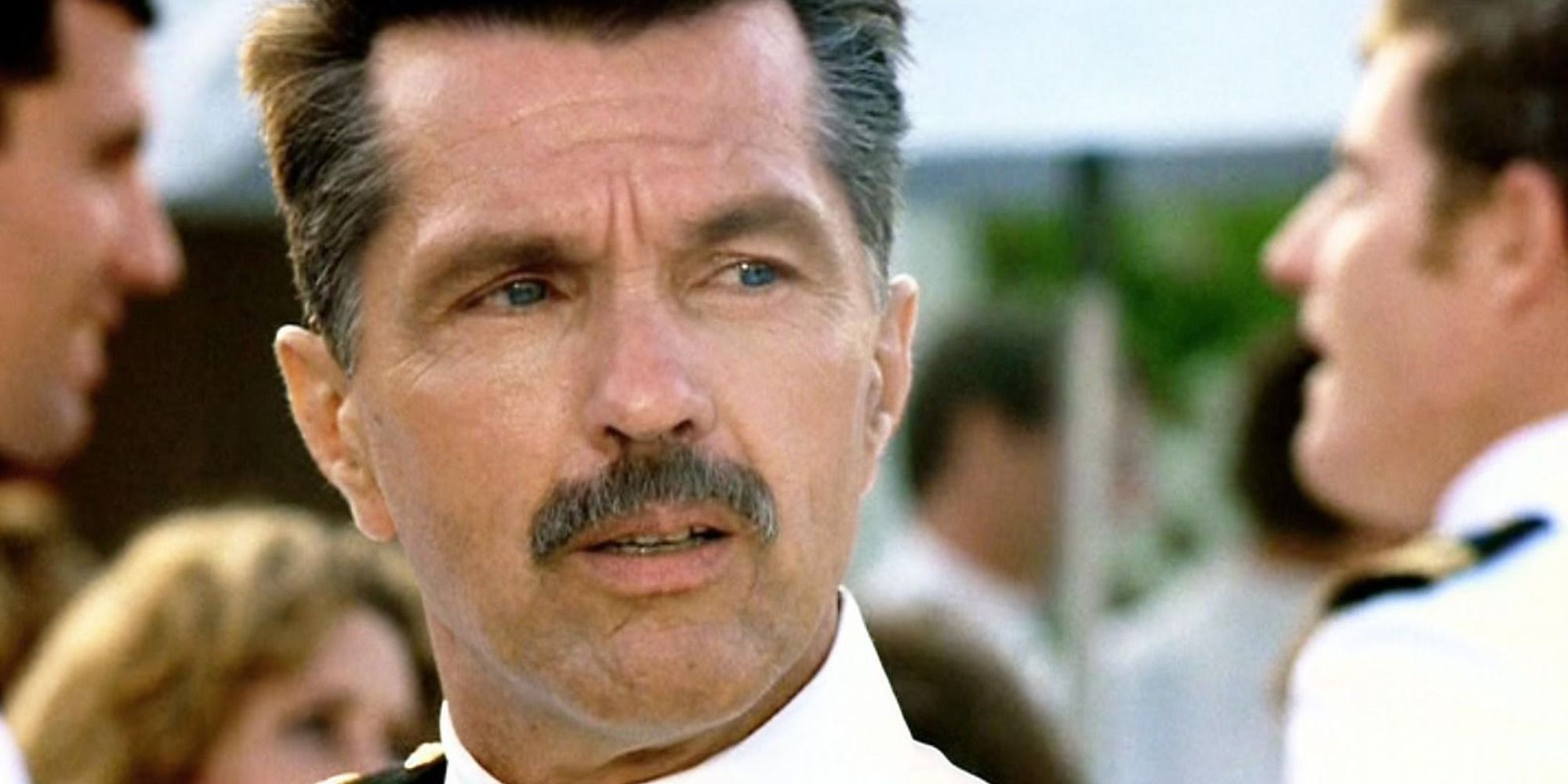 Admiral Mike ‘Viper’ Metcalf (Tom Skerritt) gave Maverick a hard time in the first installment because of his reckless nature. He knew he should have been grounded a while back, but also saw the great potential in him to become a great pilot. In a way, if Viper did not send Maverick to “Top Gun”, he would not have revolutionized the academy whatsoever.

Viper did trust Maverick to know what to do while flying with a team, even after the dogfight that lost him Goose. Viper was hard on Maverick, but there was a level of respect that made him such a likable character in the first movie.

To some of these actors watching Top Gun was one of their first major blockbuster experiences in theaters, and it was just that for Jon Hamm. He would have done anything to be in this sequel and audiences took well to him. Sure, Cyclone was a bit of a difficult personality for Maverick to deal with, but in a way, he acted as the new Viper.

Cyclone would give Maverick a hard time because his teaching methods were not by the book. However, there was still mutual respect there as a pilot when Maverick ended up teaching these new pilots how to trust their instincts and more importantly to get home safely. The characters in Top Gun and Top Gun: Maverick have taught audiences some valuable lessons and that’s why there is such a strong connection to all of them.

Next: The 10 Best Action Films That Defined The ’80s