Biographical films have always been a draw in Hollywood. It is because so many people value history and the important people that came before them. More importantly, there are versions of the truth regarding certain historical figures that have painted them in the wrong light. These biopics have shed some light on their stories and the actors who played them brought them back to life. It’s rare to find actors who look exactly like the icon they’re playing, but as the years pass, casting directors have gotten more accurate.

Related: Most Inaccurate Biopics of All Time

Not only does the actor have to look like the icon, but they also have to adapt their mannerisms and voice entirely. The actor looking like their counterpart is just a bonus when it comes to biopics. Some actors completely lost themselves in the role and that is what made it such a compelling performance for a biographical drama. 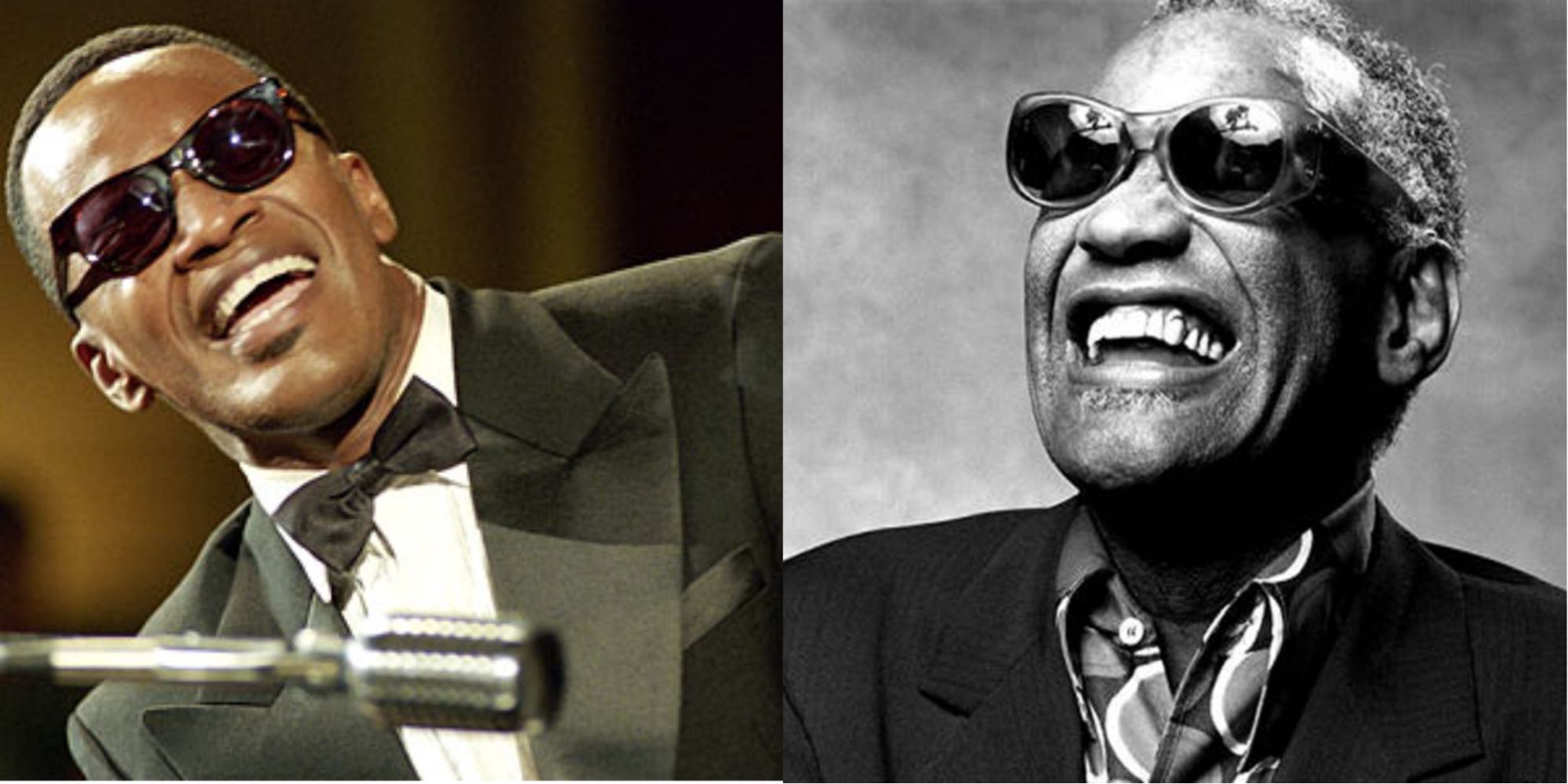 A young Jamie Foxx who was fresh off of working on Collateral with Tom Cruise ended up getting a role of a lifetime. When Foxx portrayed rhythm and blues legend, Ray Charles, his career skyrocketed. After owning Oscar season that year, this role cemented him as one of the greatest actors of this generation. What made his performance so believable was his mannerisms and the way he moved like Charles.

Whenever Foxx was at the piano, that’s when he lit up the screen in every single way. It felt like he was moving with his soul and that he understood Charles through and through. Foxx will always be known for this role because of how accurate he played him. He looked like him, but to be able to embody him is a different story entirely. 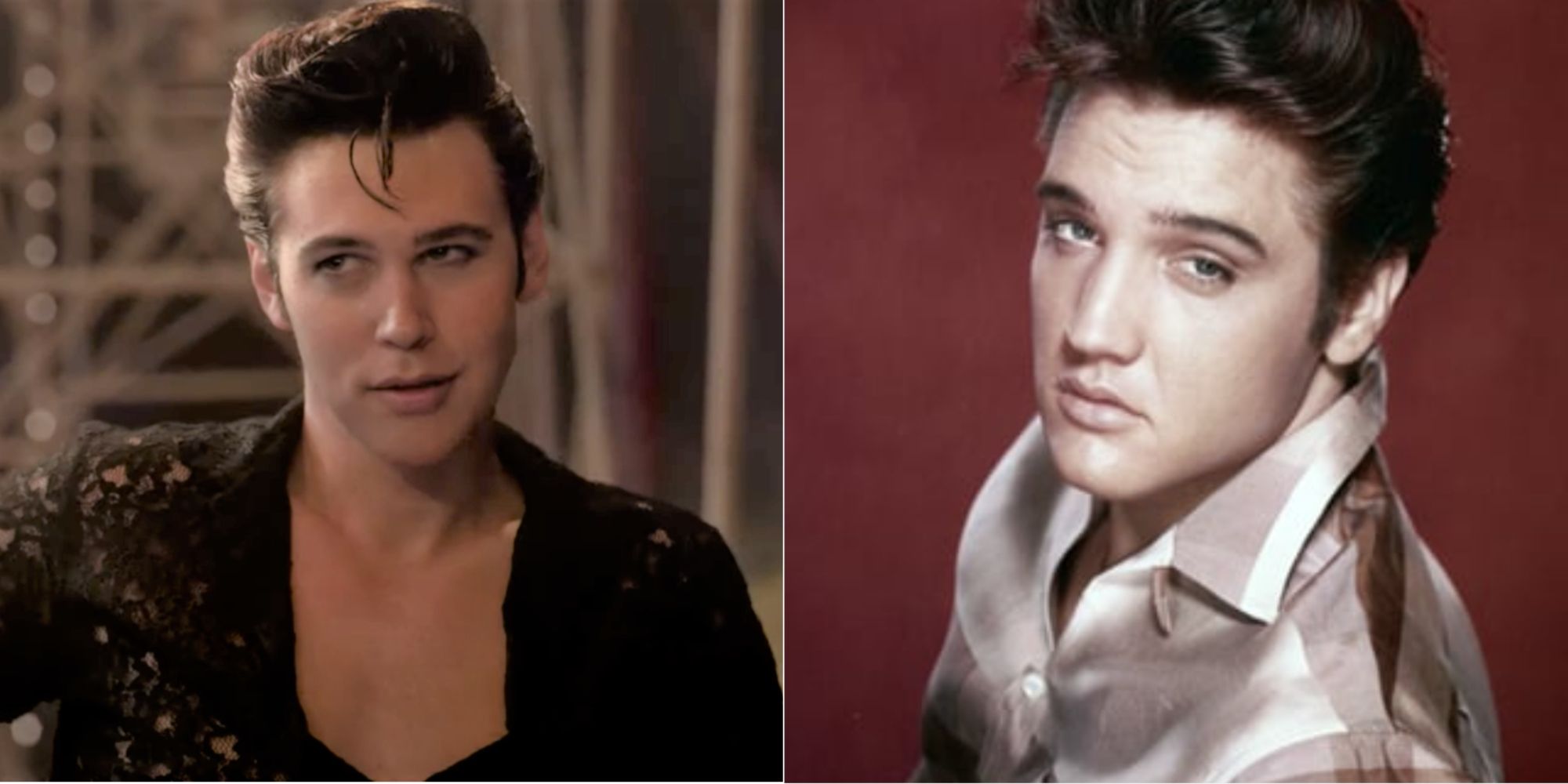 The newest addition to the best performances in the biopic club is Austin Butler. Now, Butler has been a blonde for the majority of his career, so diehard Elvis Presley fans couldn’t see him portraying the King of Rock and Roll. In Baz Luhrmann’s Elvis Butler exceeded expectations and surprised everyone with his electric performance. It is fascinating to watch Butler hit every single move that Presley used to do in his music videos or on stage.

There are moments where Butler looked exactly like him with the jet black hair in some of Presley’s earlier movies. Butler lost himself in this role, and he still hasn’t been able to get out of it. He still sounds exactly like Presley and has adopted his mannerisms as well. 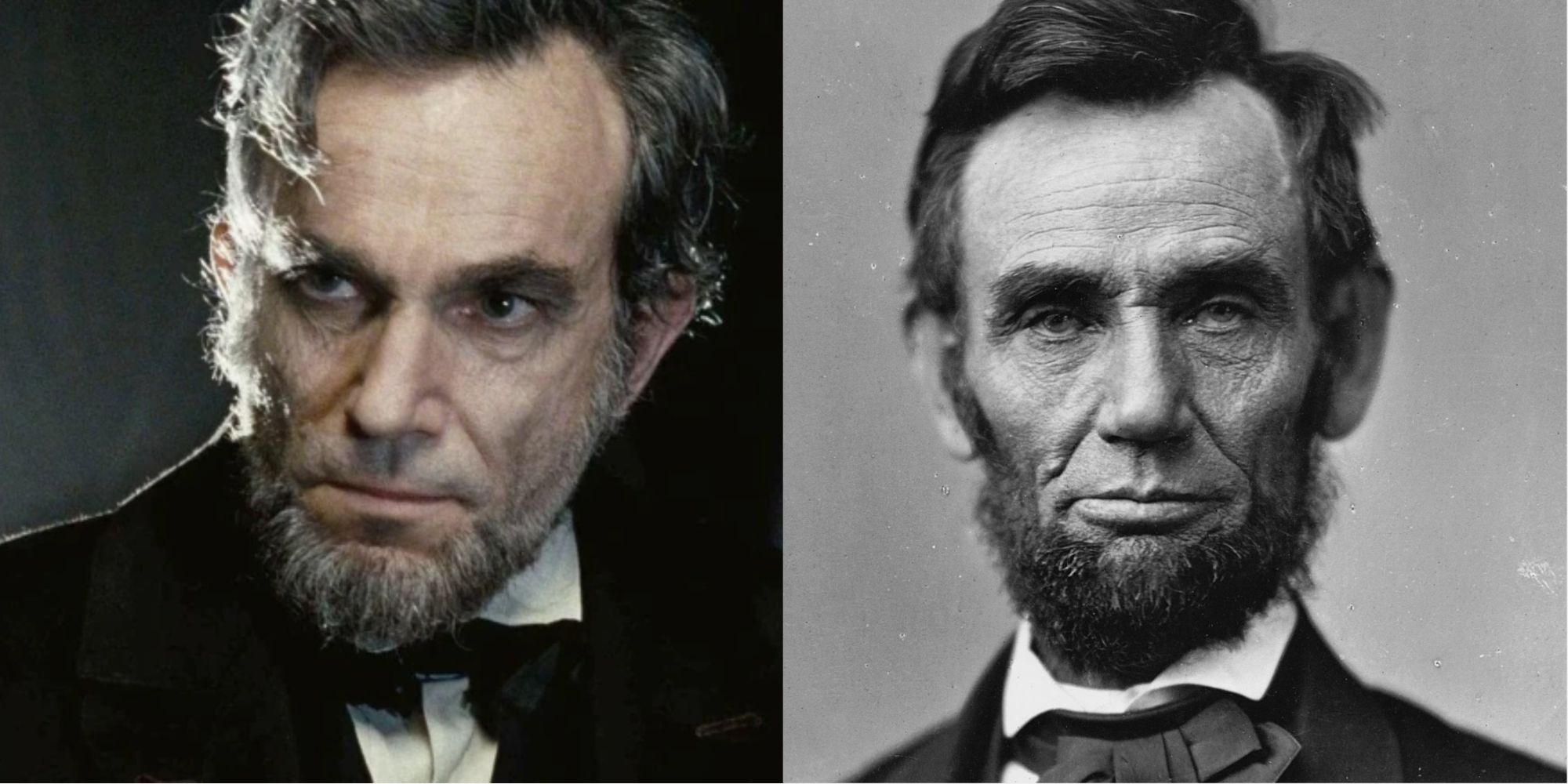 In Steven Spielberg’s Lincoln, no other actor could have been as compelling to watch as Daniel Day-Lewis. Fortunately for Spielberg, Day-Lewis looked exactly like him and there were no issues with the audience believing that he was Lincoln. Normally, very old historical figures are a bit easier to portray because all the knowledge anyone has comes from history books.

There are no videos for actors to watch and adapt. It has to come from photos and what was written about them. That’s why Day-Lewis’s performance as Lincoln gained him the third Oscar of his career. Whenever he comes out of the woodwork for a role, fans know that it’s going to be another incredible performance. 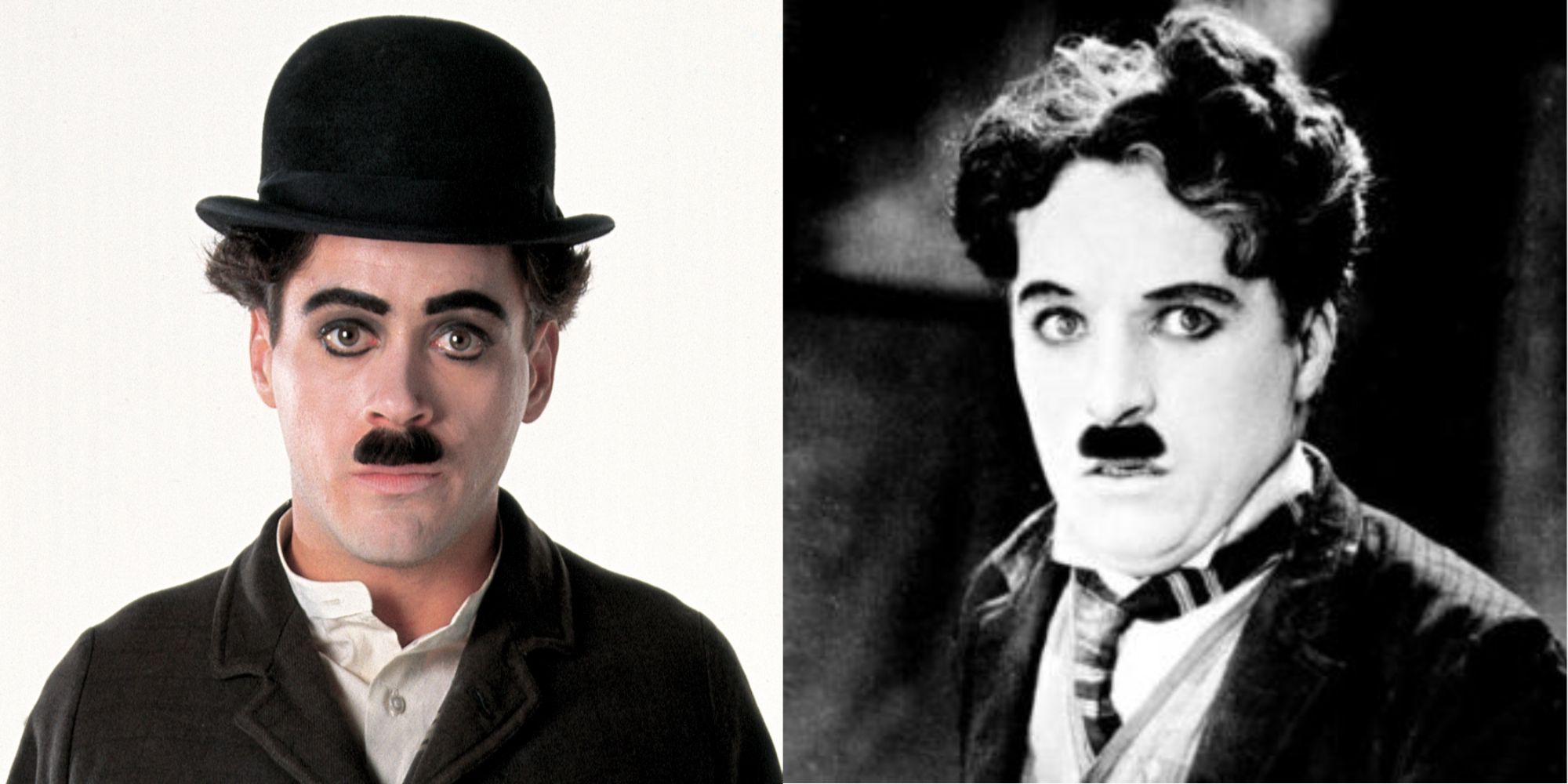 Before Robert Downey Jr. became Iron Man – which became the defining role of his career – he took on the role of Charlie Chaplin. Downey Jr. had a pretty interesting career before he entered the MCU and took on different roles that no one expected him to take. When he signed on to play Chaplin, it was perfect casting.

Related: All Of Charles Chaplin’s Feature Films as Director, Ranked

Downey Jr. has a very expressive face, and he was able to convey many emotions as Chaplin in the Classic Film era. It is one of his most endearing roles because of how much he embodies his spirit. Chaplin should have gotten Downey Jr. an Oscar win, but it will always be considered one of the best pieces of his filmography. 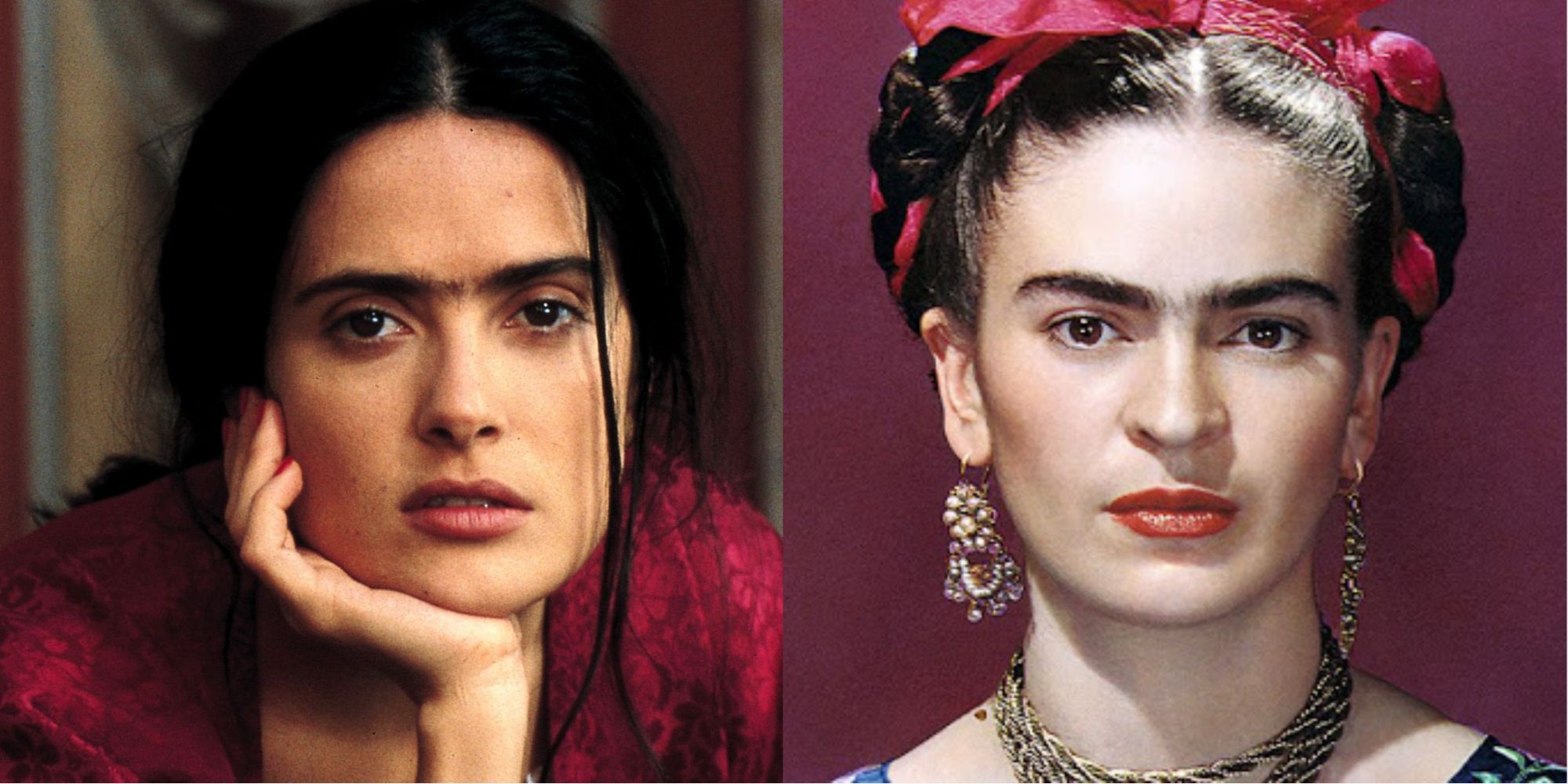 After starring in Desperado, From Dusk Till Dawn, and Dogma, Salma Hayek took on the role that made her a serious, dramatic actor with Frida. She has always been talented, but she showed her acting skills in this biopic. She looked the most like her and channeled her spirit as well. Frida Kahlo went through a lot in her life and translated that through art.

The Academy Awards do love their biopics and Hayek ended up getting a nomination for her work. If it weren’t for her strong performance, her career may have gone another way. But she will always be remembered as the powerhouse who surprised everyone with her portrayal of Frida Kahlo. 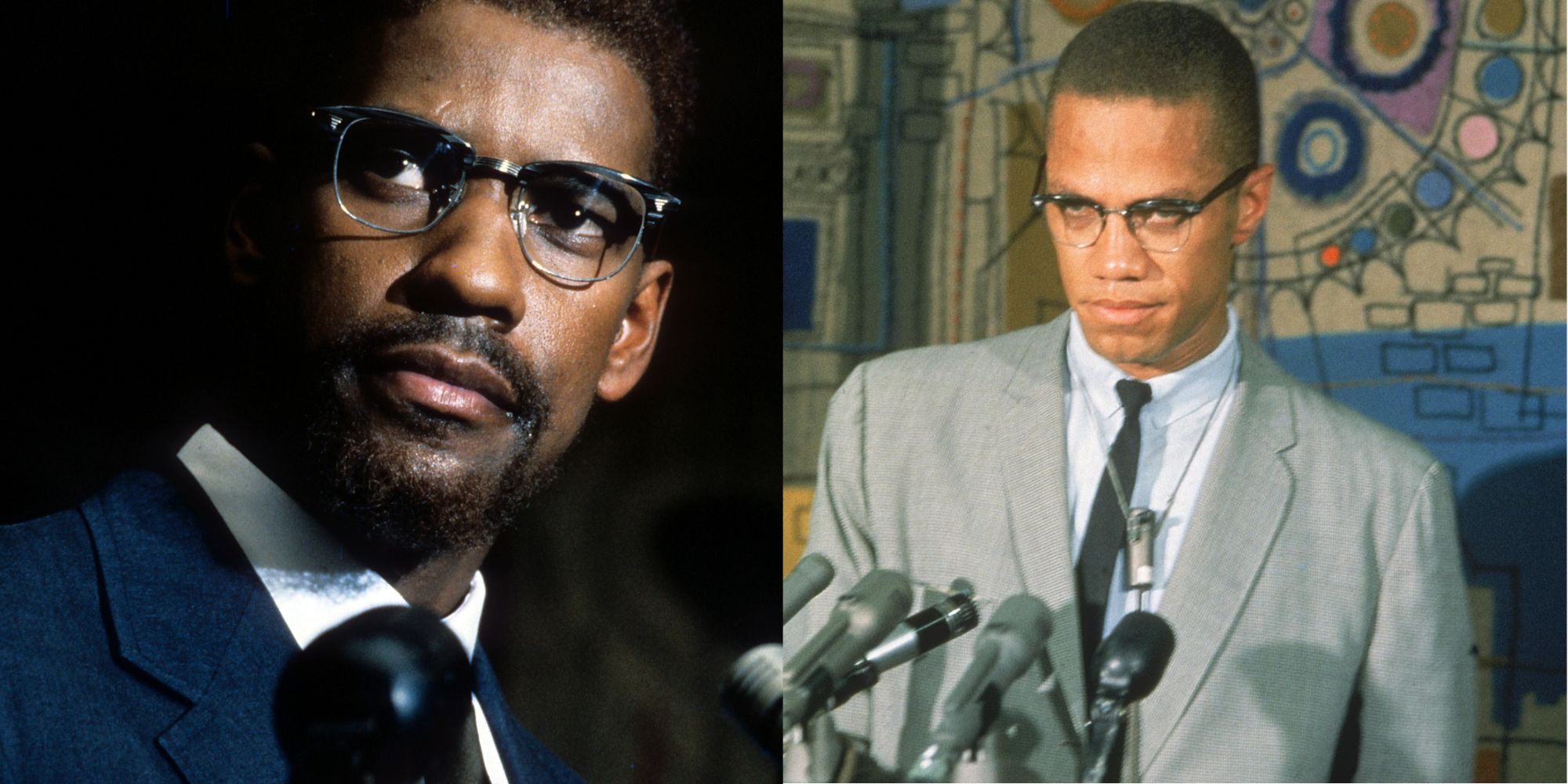 There are many defining moments in an actor’s career and for Denzel Washingtonplaying Malcolm X was the one. Not only did he look exactly like him, but he also spoke like him. Washington already has such a strong presence onscreen, and he has charisma, so giving him monologues of important speeches showed off his skills even more. He will always be remembered in this role because of how much of an impact it made.

No other actor could have shown the range like Washington did with Malcolm X. An actor who is so respected in the industry portrayed one of the most respected activists in history. Even though the film may be a bit long, this is one of the roles where Washington loses himself completely and fights the power. 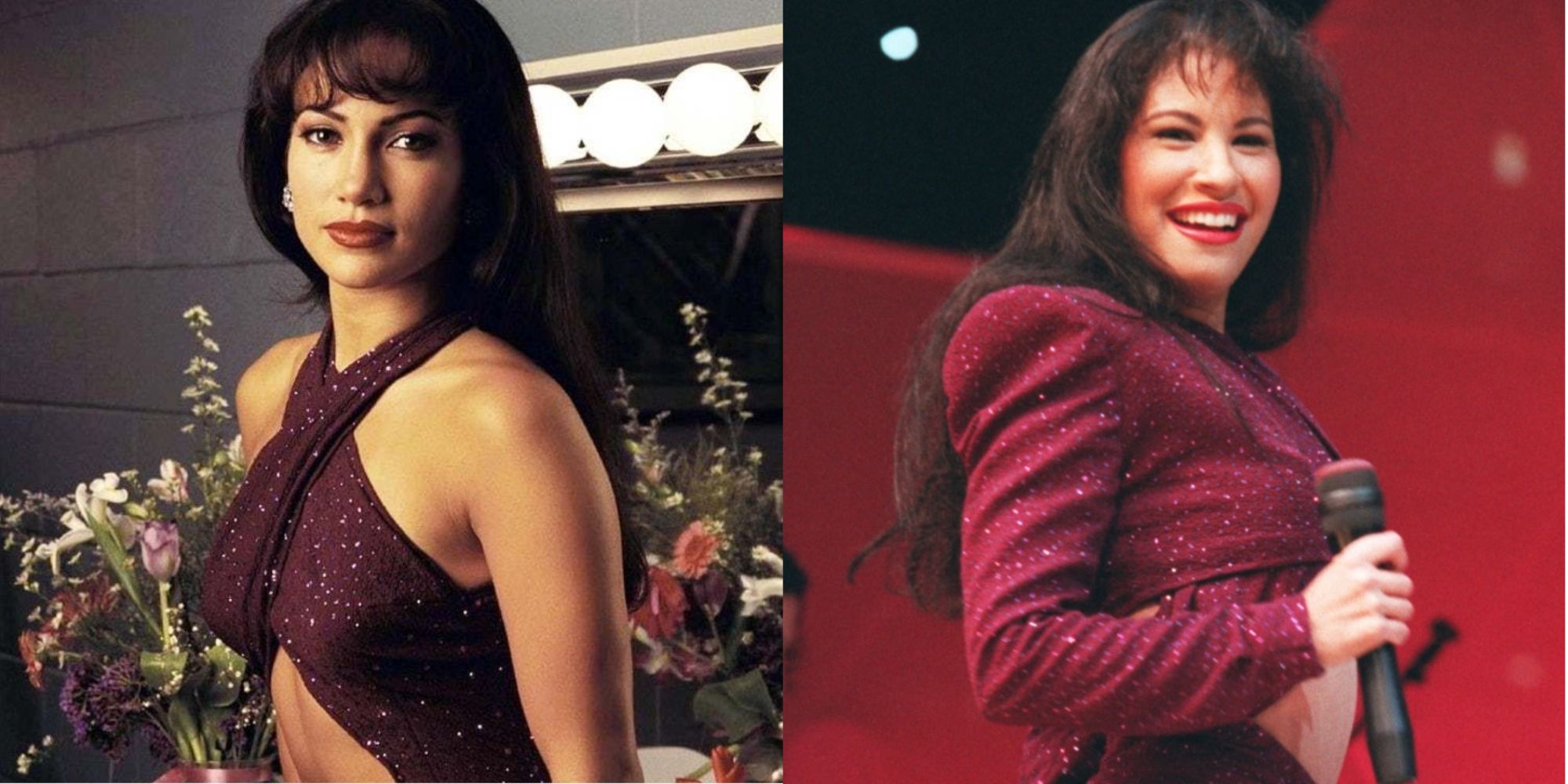 Sometimes audiences forget that Jennifer Lopez started as an actress. Her first album “On the 6” came out in 1999 after she portrayed Selena Quintanilla in Selena (1997). She was technically a dancer first and worked with Janet Jackson, but there is no way to pinpoint the start of Lopez’s career. She can do it all. It’s almost uncanny how much Lopez looked and sounded like Quintanilla in her biopic.

Her story is so tragic, and she was beloved by many of the Queer Latinx community. There is no other person (at the time) that could have pulled this off and Lopez has been an icon ever since. When she played Quintanilla, everyone knew who she was after that, and it’s what put her on the map. 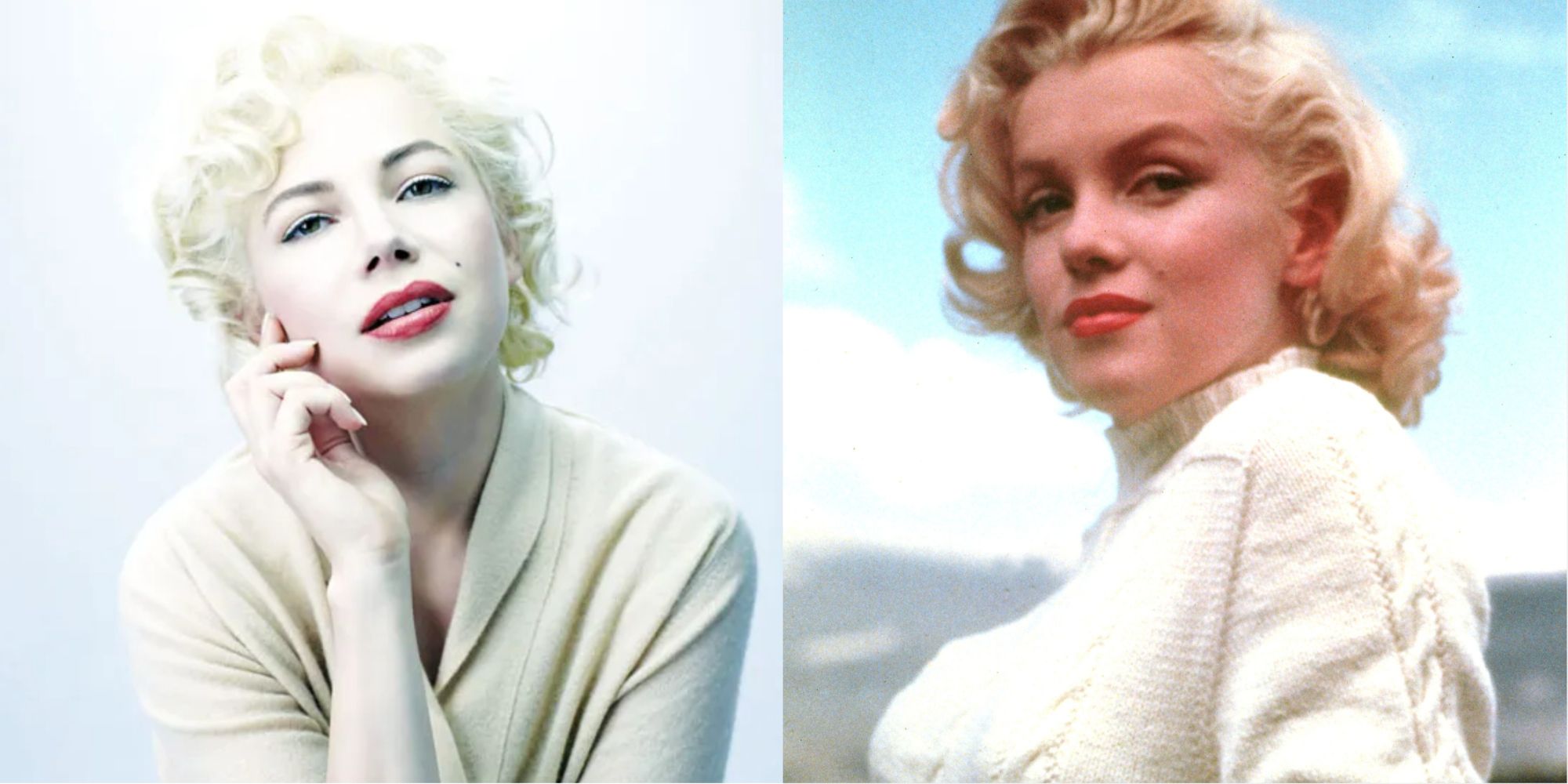 Marilyn Monroe has been an icon for so many young women everywhere. She also had a very tragic story, especially during a period when the studio system would control their actress. It’s hard to find someone to play Monroe, and it’s difficult to even think about any actress taking on the role. In My Week With Marilyn, Michelle Williams took on Norma Jean and moved audiences with her performance.

Williams looked so much like her, especially with her blue eyes, and her voice aligned with hers perfectly. Instead of portraying the persona of Monroe, fans got a chance to see what Norma Jean was like. The movie itself honoredMonroe and her life respectfully. 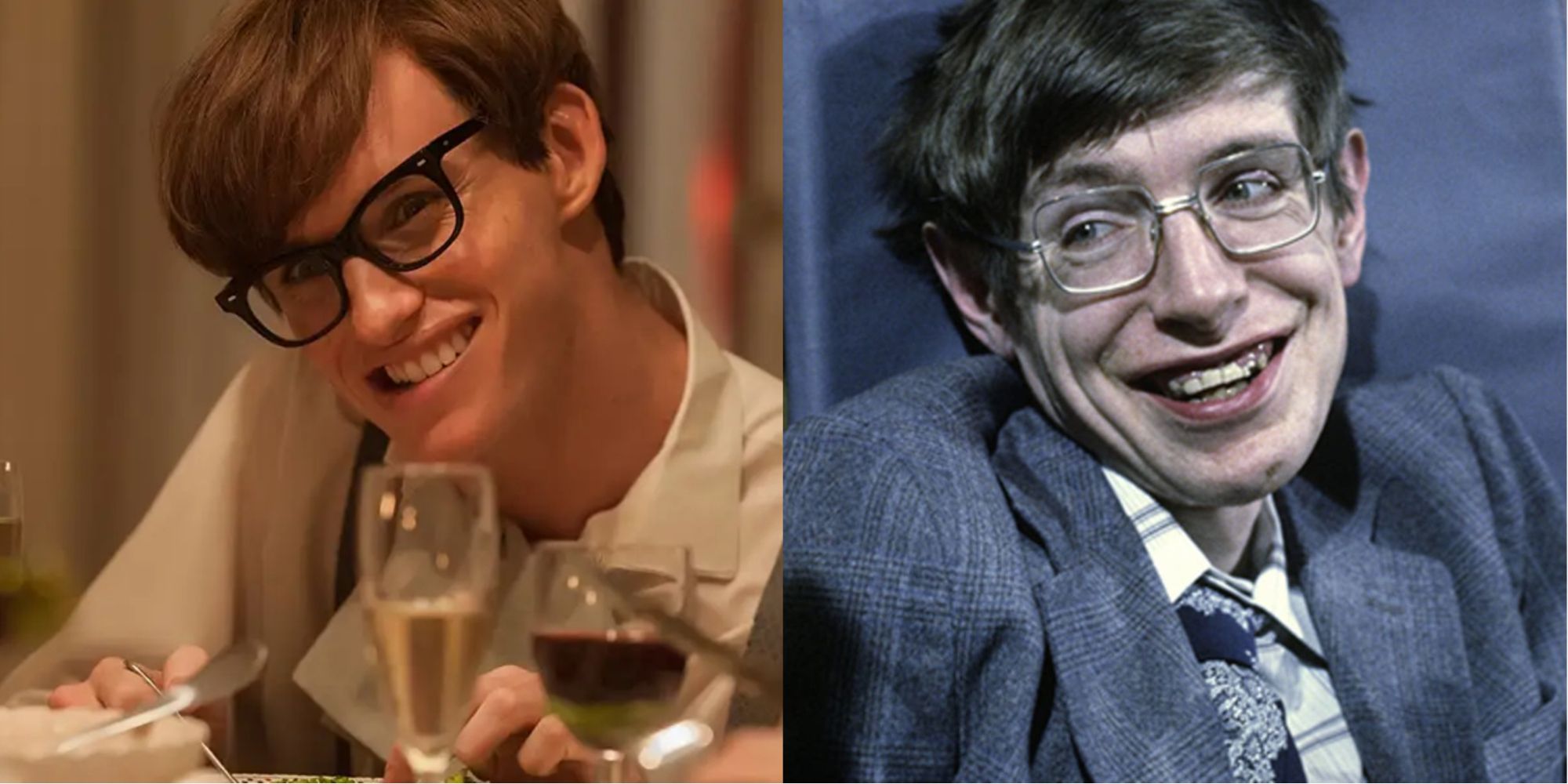 When The Theory of Everything was released, Eddie Redmayne’s performance was the talk of award season. All Redmayne needed was a pair of glasses, and he looked exactly like Steven Hawking. It was tough to watch this film because of everything Hawking had to go through. He had such a brilliant mind and did so much for the world of science even through his disability.

Related: Movies “Based on True Stories” That Are Completely Inaccurate

Redmayne had to take on Hawking’smannerisms and speech to portray him accurately. What audiences saw in this movie was Redmayne’s range and Hawking’s love for his work. If Redmayne did anything accurately, it was to highlight how brilliant of a man Stephen Hawking was.

Walk The Line is a movie that made audiences fall for Joaquin Phoenix and Reese Witherspoon. They both just looked like Johnny Cash and June Carter. When Phoenix held that guitar and took the stage, he looked like a country star. Phoenix has always committed to all of his roles, and it’s as if he handpicked this one to be able to tell Cash’s story. Once Phoenix started singing and performing on that stage, he transformed.

It is still one of his best performances to date because of how much he mirrored Cash. Phoenix felt very natural and in his element as Cash, which is very surprising considering the roles that he took before it.

Next: Most Anticipated Music Biopics, From Elvis To Bob Dylan